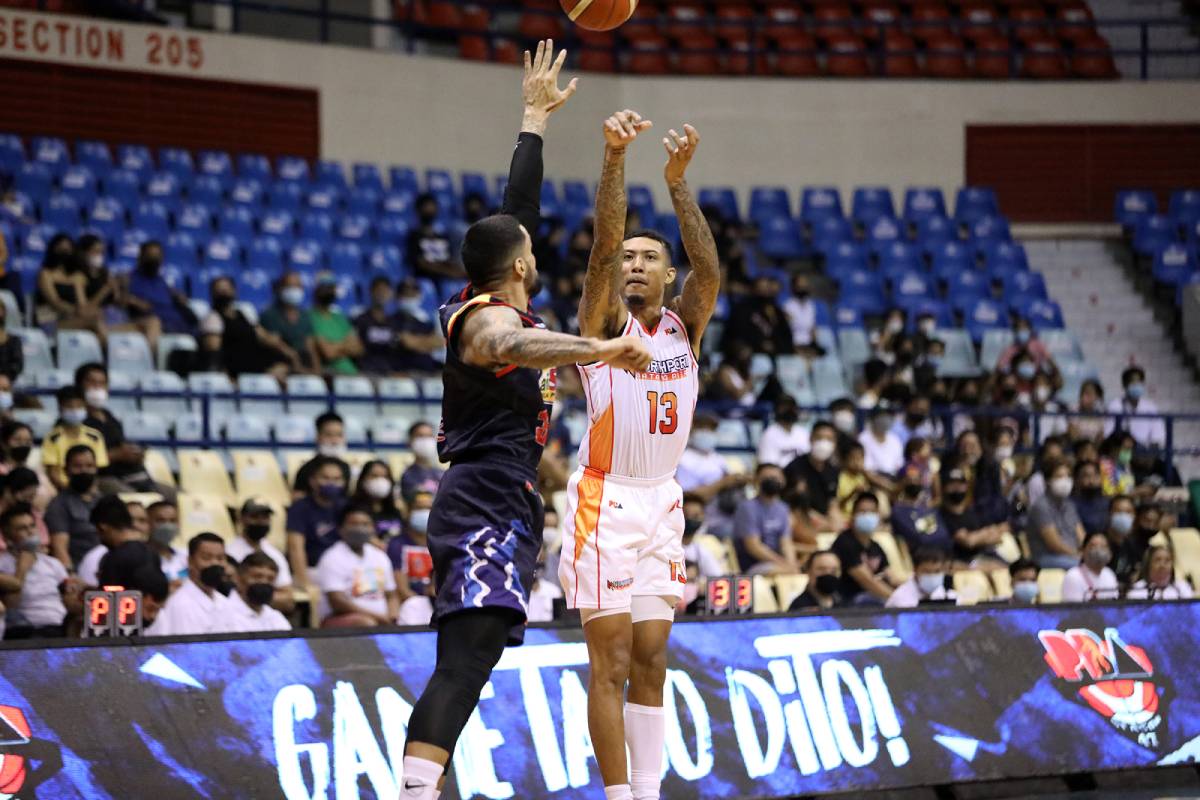 NorthPort is off to a good start in the 2022 PBA Philippine Cup after beating Rain or Shine, 94-81, Thursday night at the Ynares Center in Antipolo.

Robert Bolick and Jamie Malonzo bannered the third quarter assault that ultimately led to a rousing debut for the Batang Pier despite being undermanned and undersized entering the season.

The crew is still without Greg Slaughter and Troy Rike, while Paolo Taha and Jervy Cruz are dealing with injuries. But coach Pido Jarencio said that it’s a situation they’re familiar with, citing the 2022 Governors’ Cup to stress his point.

Bolick finished with a game-high 22 points and six rebounds. Malonzo produced a double-double of 18 points and 15 rebounds, collecting the bulk of his team’s 54 total caroms.

“Nag-step up.maman si Jamie, Robert, and the rest of the guys, kaya I think it’s a total team effort,” said Jarencio. “And I commend the coaches din. Kasi nagtutulungan kami, the management, and then the whole NorthPort.”

Kevin Ferrer contributed to the win as well with 15 points. Art Dela Cruz supplied 10 points in a successful return to action after two years as he dealt with Achilles and hamstring injuries.

#ReadMore  Defense is the name of the game for SMB's Rhodes

Mike Nieto led Rain or Shine with 19 points in the loss, where they failed to follow up their opening win against Converge last Sunday.

The Elasto Painters will look to bounce back against Ginebra on Wednesday, June 15, 6 p.m. at the Mall of Asia Arena.

The second game of each gameday is also livestreamed on SMART Sports.</e