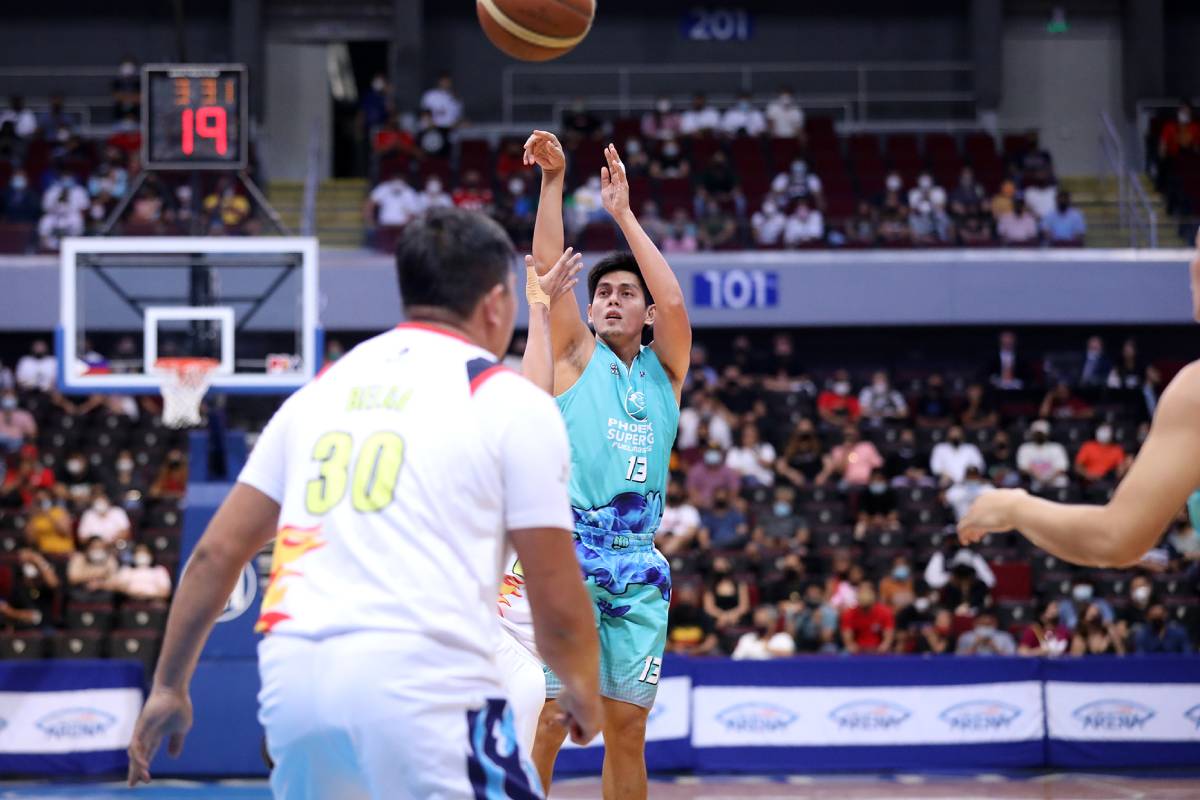 RJ Jazul came through with a season-high performance to lead Phoenix Super LPG past Rain or Shine, 106-102, for their second win in a row in the 2022 PBA Philippine Cup, Sunday evening at the Mall of Asia Arena in Pasay.

The veteran playmaker punched in 25 points, none bigger than the three-pointer he nailed with 31.1 seconds left to respond to Rey Nambatac’s own trey — and to douse cold water to the Elasto Painters’ rally from 18 down,

He shot 70 percent from the field, including a 6-of-8 clip from beyond the arc in 24 minutes to lead the Fuel Masters, who have now improved to 2-2.

“We just reminded them about the Meralco game, that we kinda fumbled in the end game, and we lost it,” said head coach Topex Robinson. “So we just have to go back to that experience. These players really responded well.

“They know what doesn’t work and what works, and they chose the latter. We just kept our composure. We know that we cannot really pull away with the lead, so we focused on making stops,” he added.

Young big man Larry Muyang added 11 points for Phoenix, who spoiled the return of Nambatac and Gabe Norwood for Rain or Shine.

Nambatac led the Elasto Painters with 27 points, showing that he has recovered from the abdominal injury he suffered versus NorthPort.

RoS faced former star Javee Mocon for the first time since trading him early in the season as they could not agree to a new deal.

Mocon was only held to two points but made up for it with nine rebounds and four assists as he is still finding his place with his new team.

Both squads will return to action next week at the Ynares Center in Antipolo. Phoenix will try to make it three straight against Magnolia on Friday at 3:00 PM. Meanwhile, RoS hopes to end its three-game skid versus TNT on Thursday at 7:15 PM.