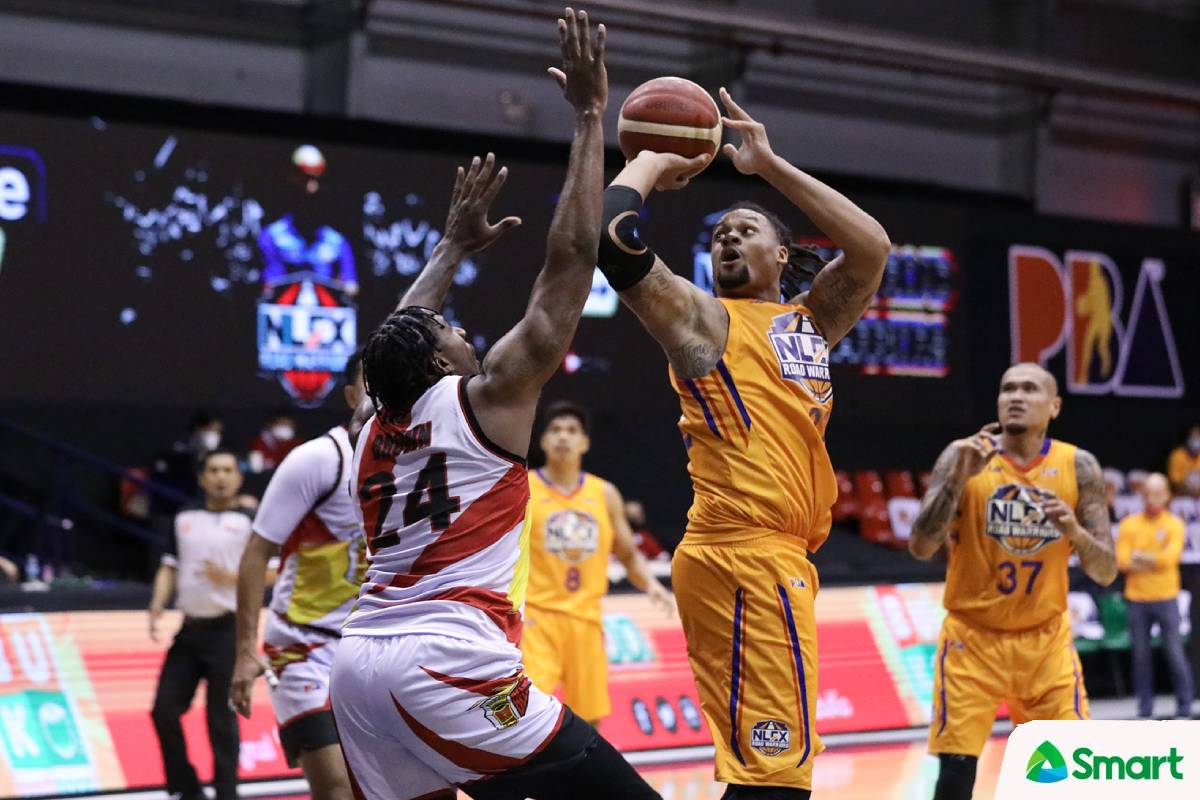 KJ McDaniels led the Road Warriors with 27 points, including 10 in the second quarter alone as he spearheaded his side’s assault that turned an 11-point deficit to a 52-49 halftime lead that they would never relinquish.

The returning import filled up the stat sheet as he also collected 11 rebounds, six assists, two steals, and a block in nearly 36 minutes.

“KJ was impressive in his first stint here in the Philippines,” said head coach Yeng Guiao as McDaniels played for TNT two years ago. “His numbers were impressive. We knew what he can do. We knew his attitude. We didn’t hesitate to take him when he was available.”

It wasn’t just the former NBA cager who showed up in the victory, however. Kevin Alas and Don Trollano each made identical numbers of 12 points and four rebounds, with the former adding eight assists to his name.

Philip Paniamogan had 11 points, while Jericho Cruz and JR Quinahan chipped in 10 apiece as a total of six players finished in double figures in the win.

“That’s ideal for us. We want our scoring to be spread out. We want the ball to move. We want everybody to get involved. That’s how we like it,” Guiao said.

Even their midseason acquisitions made their presence felt. Free agent pickup Kris Rosales made nine points, while the returning Marion Magat, whom they welcomed again from a trade with Blackwater, added eight.

“We picked up Kris Rosales and we picked up Marion Magat and they played big in this game. They made some really important contributions,” said Guiao.

NLEX’s win spoiled the debuts of Vic Manuel and Simon Enciso. Both players were acquired by SMB from separate trades with NorthPort and Terrafirma in exchange for Arwind Santos and Alex Cabagnot, respectively.

Manuel himself made a good account of himself with 17 points and seven rebounds, but Enciso has yet to figure things out as he only had two.

The Road Warriors also faced a team that did not have Chris Ross, who’s reportedly in the States still following the loss of his father.