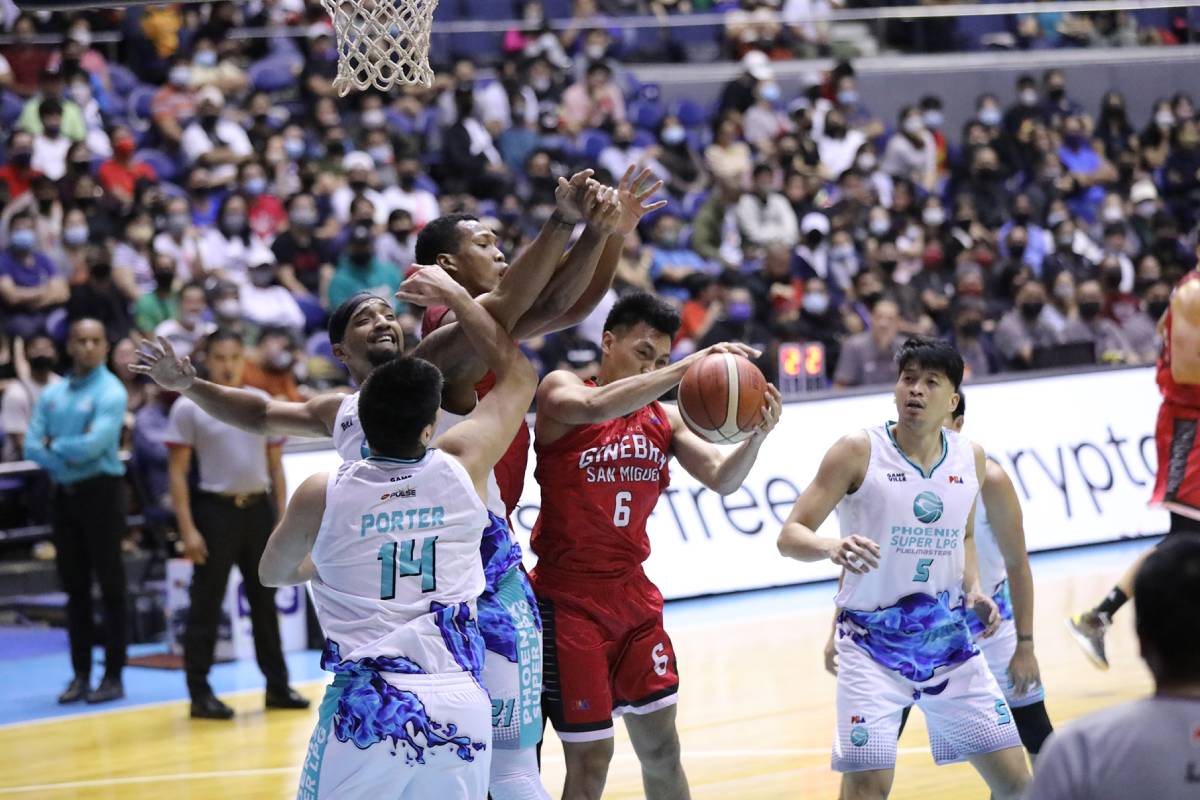 Ginebra will enter the 2022 PBA Philippine Cup best-of-three quarterfinals with back-to-back triumphs, closing the eliminations with a 100-93 win over Phoenix, Thursday at the SMART Araneta Coliseum.

The Barangay rose to 8-3, now at third. They will now hope for a Magnolia loss tomorrow to secure it. A win by the Hotshots will drop them to fourth and will face Meralco.

“It’s an eliminations-long process for us. We always think of the eliminations being our preparation for the playoffs,” said Ginebra head coach Tim Cone. “Today was especially important because it’s the one before we actually go so we want to be playing at a high level.”

Ginebra banked on a strong third frame to turn a 47-45 close affair to a 76-66 lead entering the fourth.

And there in the payoff period, the Barangay held on to the advantage, weathering any Fuel Masters run, who came to as close as six with 3:10 to go.

The bench mob of Ginebra took charge with four players in double digits led by Japeth Aguilar’s 17 points on a 7-of-9 clip from the field.

Scottie Thompson showed up for the starters with 14 points and 14 rebounds.

Jason Perkins had 17 points and seven rebounds for the Fuel Masters, while Sean Anthony chalked up 16 points, seven rebounds, and four assists as well in the losing cause.

Phoenix finished the conference at 3-8, good for just 11th.