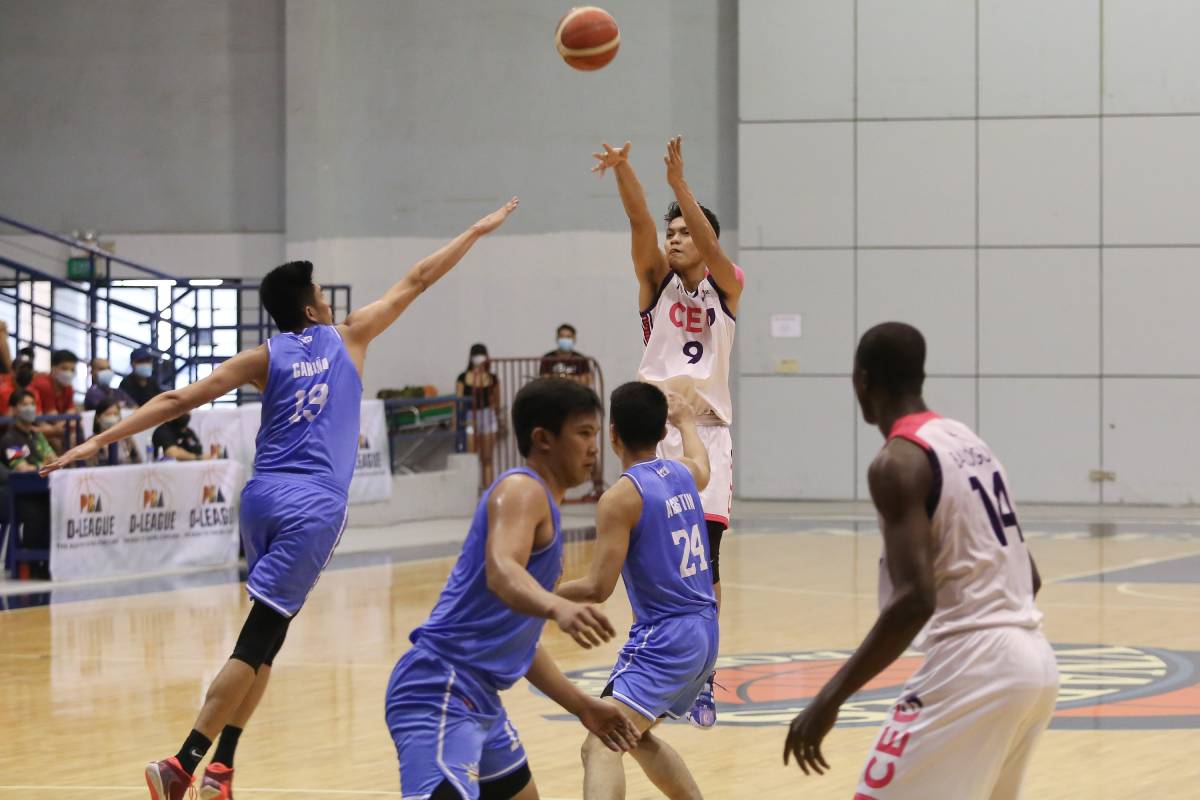 Centro Escolar University marched on to the 2022 PBA D-League Aspirants’ Cup playoffs with another 84-77 upset win, this time against Marinerong Pilipino Monday at Ynares Sports Arena in Pasig.

Jerome Santos caught fire in the second half, dropping 18 of his 25 points as the Scorpions clinched their second straight win and, more importantly, booked a spot in the playoffs.

It was an all-out effort indeed for CEU with Lenard Santiago contributing 13 points, five boards, and two steals, Ronrei Tolentino flirting with a double-double with eight points and 11 rebounds, and Nigerian center Victor Balogun chiming in eight points, eight boards, and two rejections.

The Scorpions showed poise after squandering a 66-50 lead entering the payoff period as the Skippers rallied and cut the lead down to one, 72-71, with 4:49 remaining.

Santiago and Balogun conspired in the telling 10-0 response to retake an 82-71 lead in the final three minutes before CEU’s defense did the trick to escape with the victory.

Warren Bonifacio and Arvin Gamboa both scored 13 points apiece, while Jollo Go shot 3-of-12 from deep to only have 12 to his name.