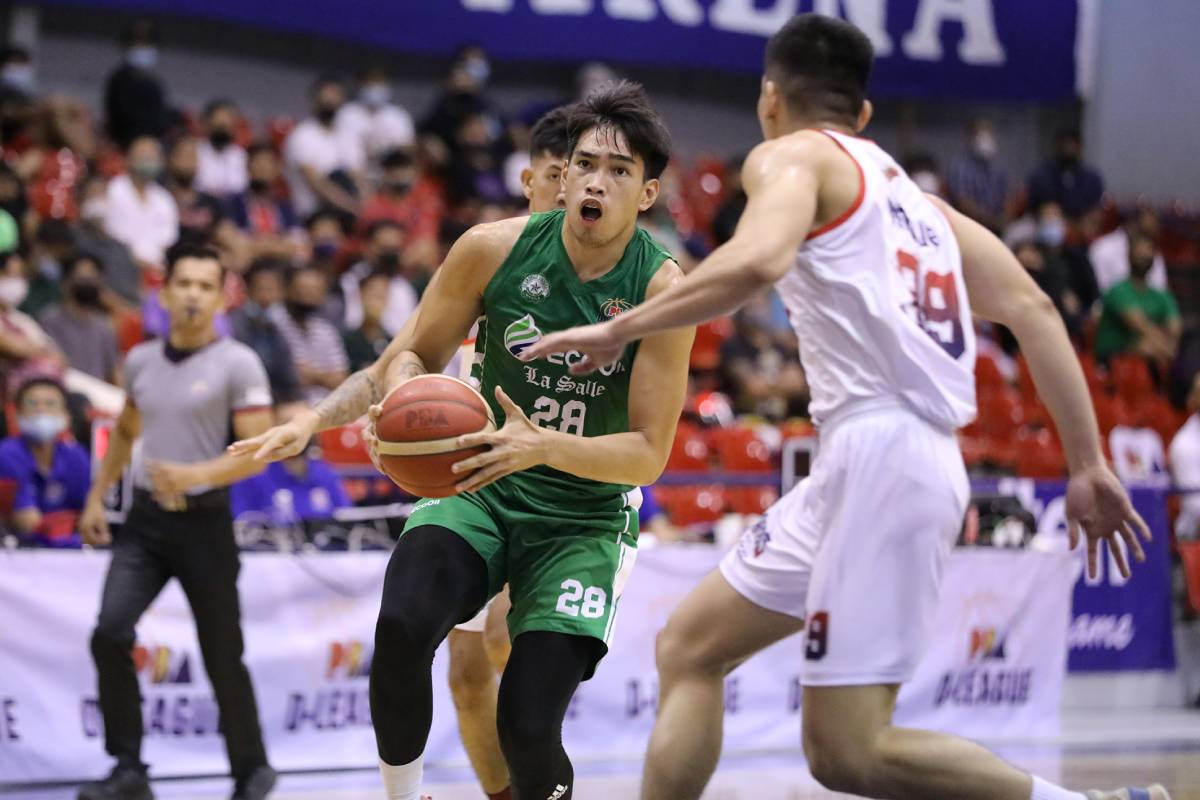 In his first official game as a Green Archer, Quiambao tallied 15 points, 10 rebounds, and seven assists to power his side to a 3-2 slate while dealing the Knights their first loss in four games.

And it was Quiambao who provided the timely buckets to seal off the Knights.

With the game knotted at 75-all midway through the final frame, JCee Macalalag scored on two straight buckets. That then gave La Salle a four-point cushion.

Quiambao then took matters into his own hands, burying a trey to answer a Kurt Reyson layup a possession prior.

Joaqui Manuel then scored on a triple followed by three more free throws from Quiambao to fend off a Letran fightback.

“We know what Kevin can bring to the table. He will make things happen for us and when he needed to score the basket, he made big shots,” said Green Archers head coach Derrick Pumaren.

Macalalag led La Salle with 18 points on 8-of-12 shooting from the field, while Michael Phillips got a double-double with 13 points and 11 rebounds. Penny Estacio also delivered with 14 points built on three treys.

Letran, who was still without Rhenz Abando, had four players score in double-digits.