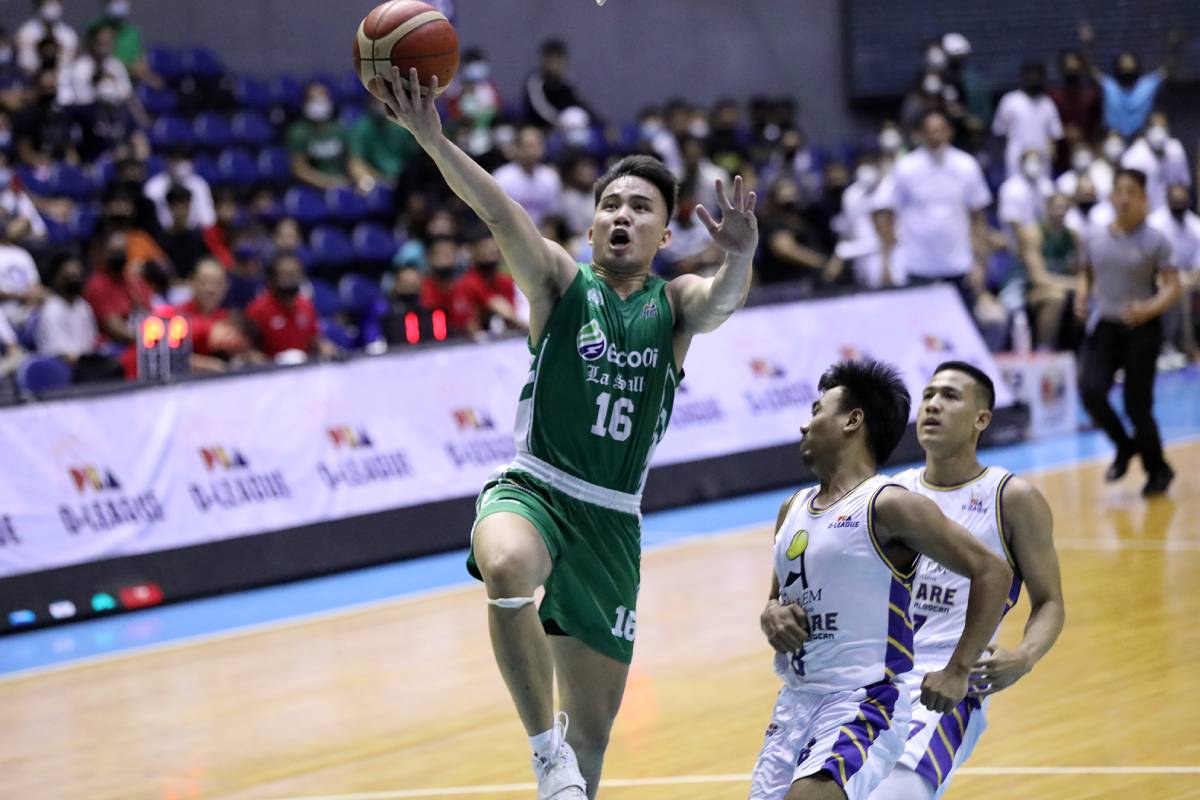 CJ Austria heated up early and steered EcoOil-La Salle to a 97-74 close-out win over Adalem Construction-St. Clare in the 2022 PBA D-League Aspirants’ Cup semifinals, Wednesday at the SMART Araneta Coliseum.

The second-year winger uncorked 19 of his 26 points in the first half as the Green Archers jumped to a 52-40 lead at the half and never looked back. They pushed the lead to as big as 27, 75-48, late in the third frame.

Austria also tallied five rebounds and three assists as DLSU booked the first ticket to the best-of-three finals. There, it will take on the winner of the other semis bracket between Marinerong Pilipino and Apex Fuel-San Sebastian.

The finals will be played on Sunday.

“I’m really happy and satisfied with the way we played. The boys just played really hard today and the things we were supposed to do last time around, we did it right today,” said head coach Derrick Pumaren.

This is the first Finals appearance for La Salle in the developmental ranks, while the second for Pumaren. He previously led the seven-man Centro Escolar University to a bridesmaid finish in the 2019 Aspirants’ Cup.

John Rojas, meanwhile, led the Saints with 17 points in the loss.

Joshua Fontanilla struggled with his 16 points on 6-of-18 field goal shooting, while also adding eight rebounds and four dimes. Johnsherick Estrada found himself held to just 10 points on a 3-of-13 clip for Adalem-St. Clare.