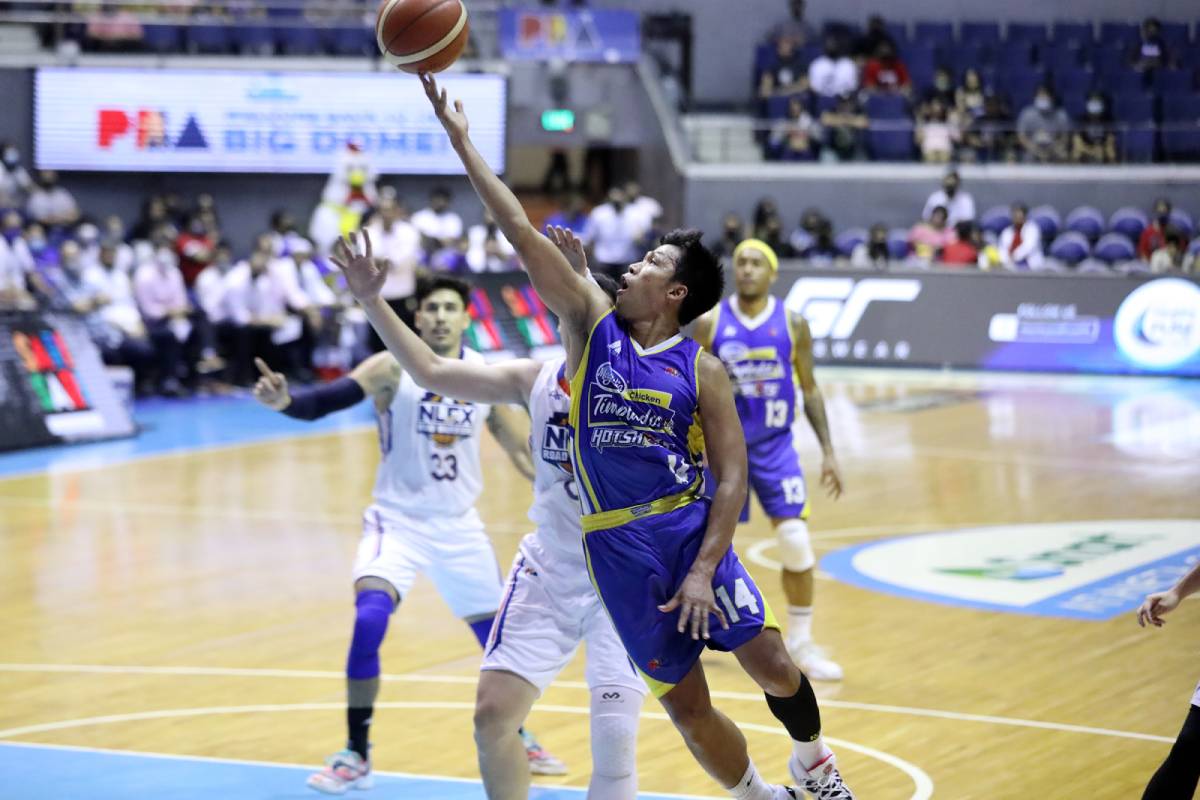 No. 3 Magnolia banked on a 40-point second frame explosion, downing sixth seed NLEX, 98-89, to take Game One of the 2022 PBA Philippine Cup best-of-three quarterfinals at the SMART Araneta Coliseum, Sunday.

The Hotshots turned a 26-24 deficit to a 64-47 halftime advantage after outscoring the Road Warriors in the second, 40-21.

NLEX was able to pull within eight multiple times after but that was a barrier it could not break with Magnolia having answers right away.

“Talagang very hard, talagang grinding game hanggang dulo they are very physical and emotional so we just tried to be focused for 48 minutes,” said Magnolia head coach Chito Victolero. “Medyo maganda ‘yung execution namin on both ends. The discipline, the effort, the aggressiveness, everything.”

Mark Barroca became the 94th member of the PBA 5,000 points club after a deuce at the 7:32 mark of the third frame. He finished with 24 points with seven rebounds, two steals, and two assists.

Calvin Abueva unleashed 13 points including the dagger slam dunk along with eight rebounds for Magnolia which claimed its eighth-straight win.

Jio Jalalon and Jackson Corpuz rounded out the double-figure scorers for the Hotshots with 10 points apiece.

Anthony Semerad led the Road Warriors with 19 points on an 8-of-13 clip from the field while Calvin Oftana did it all with 15 points, five rebounds, four assists, two steals, and two blocks.

Don Trollano chimed in 15 points off the bench as well while Matt Nieto got 12 points. NLEX played without star guard Kevin Alas for the second straight game as he was dealing with a hamstring injury.

Game Two will be on Friday, at 6 pm, at the FilOil EcoOil Centre in San Juan.