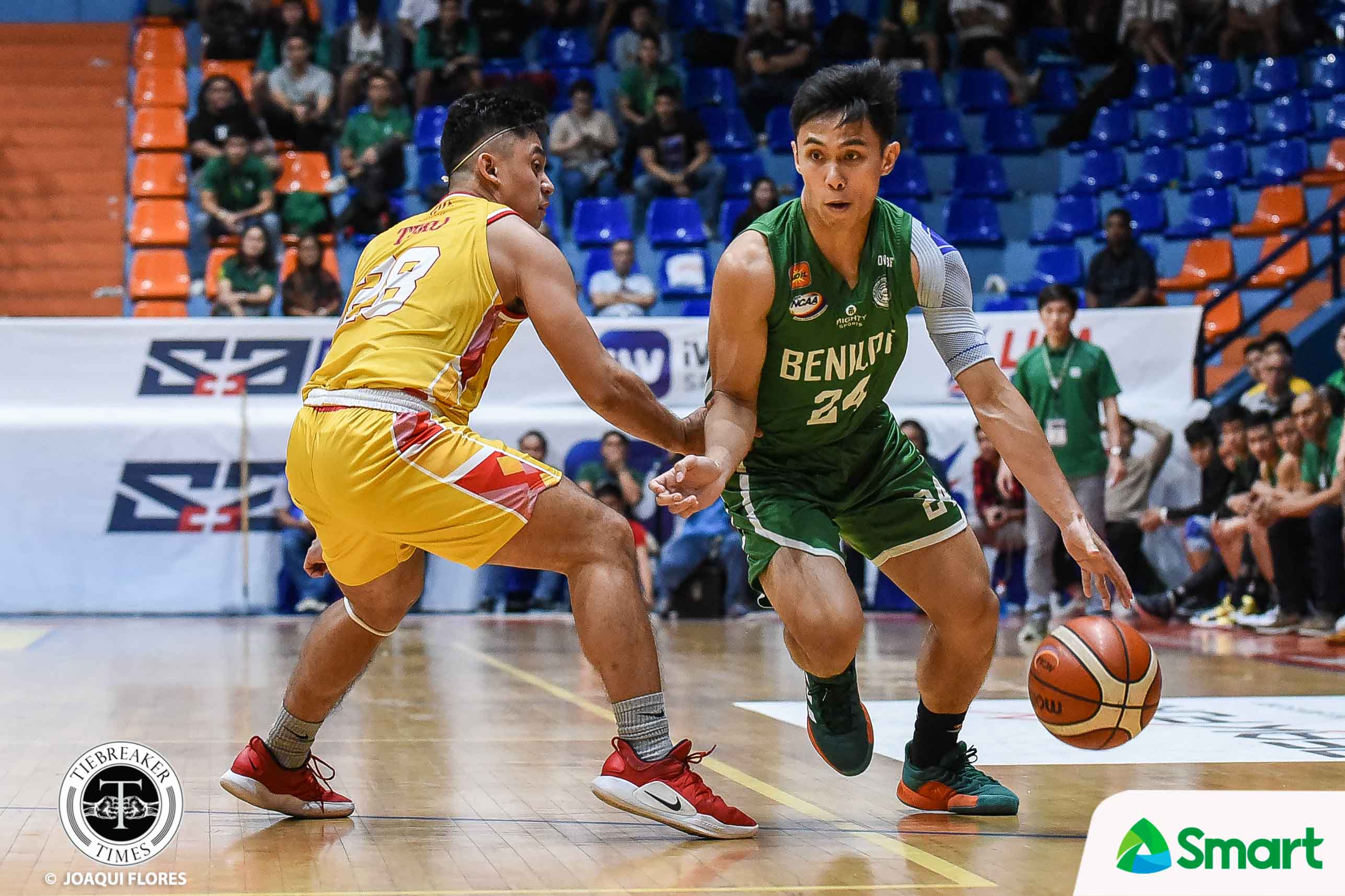 For the first time in 21 years, the College of Saint Benilde Blazers are off to a 4-0 start.

The Blazers needed to survive a nip-and-tuck affair against the San Sebastian College-Recoletos Golden Stags, however, taking a 77-72 win, Tuesday evening at the Filoil Flying V Centre.

“Well, it showed that we had to adjust with our offense,” said Benilde head coach TY Tang. “One good thing we had was we only missed a few free throws. What’s import for us is to stick together and find ways to win. We were playing against a contender but we were able to hold them down.”

Down by two with 1:23 left, Jimboy Pasturan knocked down a cold-blooded triple for the games go-ahead basket for a 73-72 lead.

Uncharacteristically, the Stags panicked in the next three possessions, resulting in two free throws for Unique Naboa to extend the lead to three.

RK Ilagan tried to take matters into his own hands late, but his long three-point attempt over the outstretched arms of the returning Yankie Haruna missed. It led to two more Naboa free throws to seal the win for the Blazers.

Naboa had 15 points for CSB, while Pasturan added 12 points. Yankie Haruna had 10 points and seven rebounds in his first game for the NCAA Season 95 Seniors Basketball Tournament.

“It’s good to be back actually. I’m blessed since this is my last year. I just know that I’m going to give it my all every time I step on the court,” said Haruna.

Justin Gutang missed the game due to a partial MCL tear he sustained against Mapua last Thursday.

Ilagan – who was limited to just three points in their last two games – led the Golden Stags with 24 points. Allyn Bulanadi had 17 markers as well.

CSB will next face the San Beda Red Lions on Friday, August 2 at 12:00nn. Meanwhile, San Sebastian look to end their skid against the Perpetual Altas on the same day.