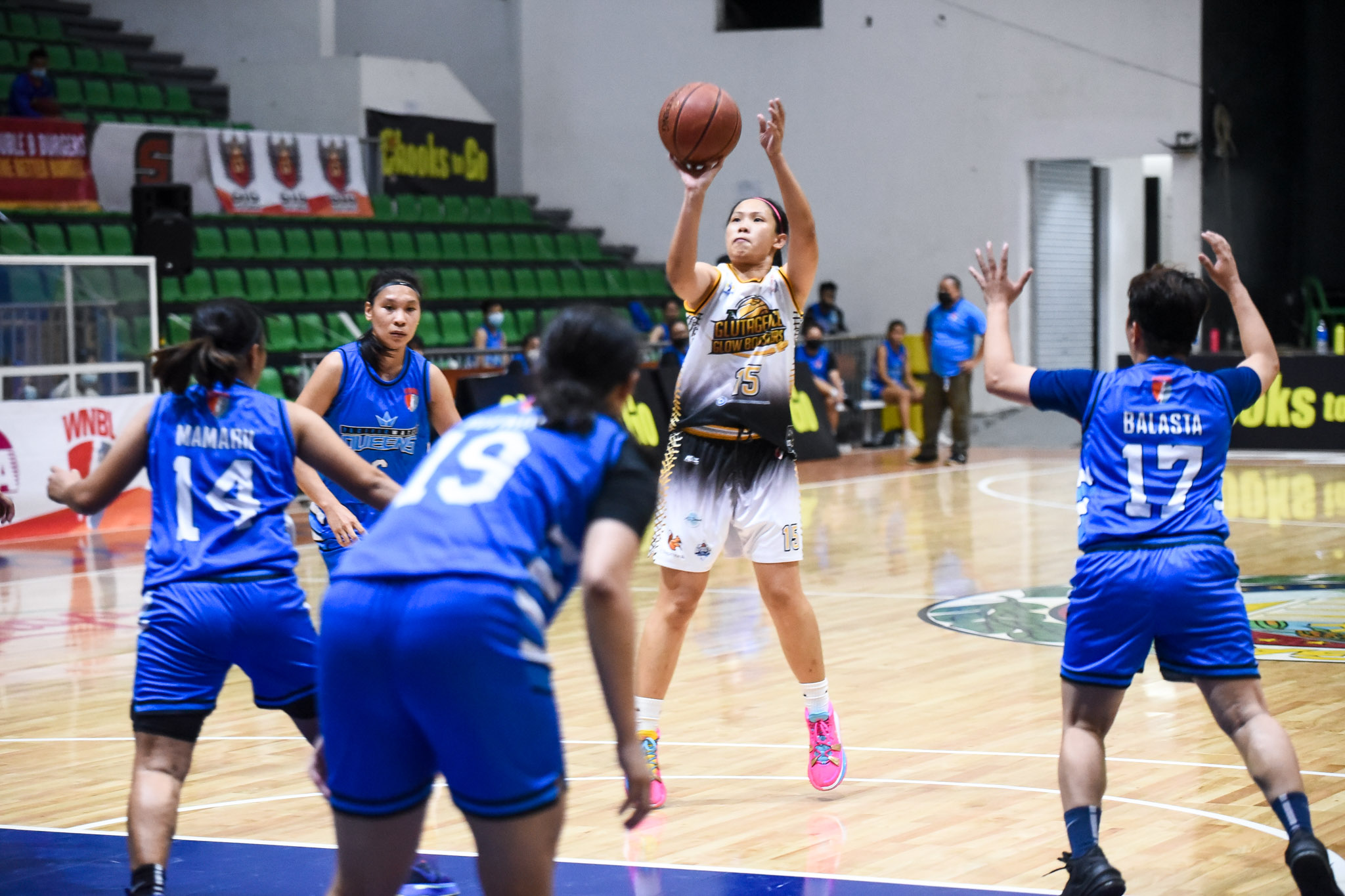 Raiza Palmera-Dy, the UAAP Most Valuable Player in 2011 for Far Eastern University, led the attack of the Glow Boosters as she finished with 15 points, seven rebounds, and three steals in the league’s debut game as a professional league.

For Palmera-Dy, playing in a pro game is a dream come true.

Camille Claro and Khate Castillo had 11 points each and combined for five triples in the match that was close during the first two quarters until the Glow Boosters made a run and outscored the Queens, 23-15, in the third.

Snow Penaranda led Pacific Water with 28 points and 16 rebounds in a gallant effort. The Queens opened the second quarter on an 11-1 tear, but the Glow Boosters answered and went into the breakup, 32-27.

Carolina Sangalang also produced seven points and five rebounds, as No. 1 overall draft pick Fille Cainglet made her pro debut by contributing six points and a steal for the Justin Tan-mentored Glow Boosters.

Glutagence will look to make it two in a row on Saturday, 1 p.m. as it battles the Quezon Lady SparTAN.

The opening salvo of the WNBL was given a go-signal by the Inter-Agency Task Force (IATF) and the Games and Amusements Board (GAB) with the season played under a Venue-Home-Venue format.

Audience is strictly prohibited during the entire season.