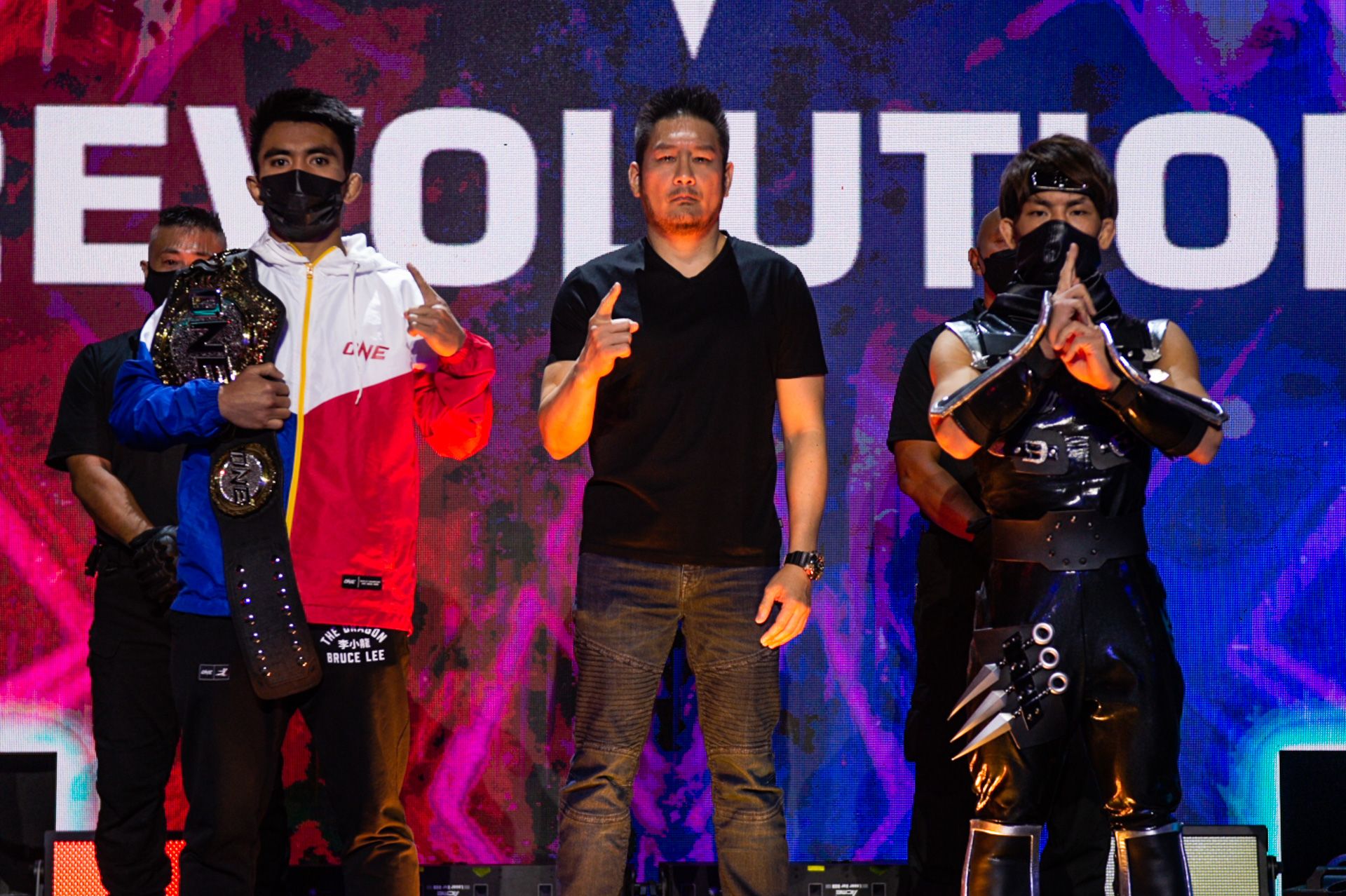 Young Joshua Pacio has seen a lot of trilogy fights. And he knows that it defines careers.

On Friday during ONE: Revolution, the reigning ONE Strawweight World Champion will get to make his mark when he takes on arch-rival Yosuke Saruta.

And for the Team Lakay standout, he believes that he needs to conquer Saruta to close out a chapter in his career.

“For me, this will be one of the greatest fights in my career,” said Pacio during ONE Revolution’s face-off press conference on Thursday. “Saruta has been one of my motivations to level up every day. We are here not to just look for a finish but to dominate.

“It’s going to be fire versus fire.”

Saruta, on the other hand, views this bout as his star-making moment.

It’s because if he beats Pacio and take the rubber match, it would lead him to a bout against Demetrious Johnson. 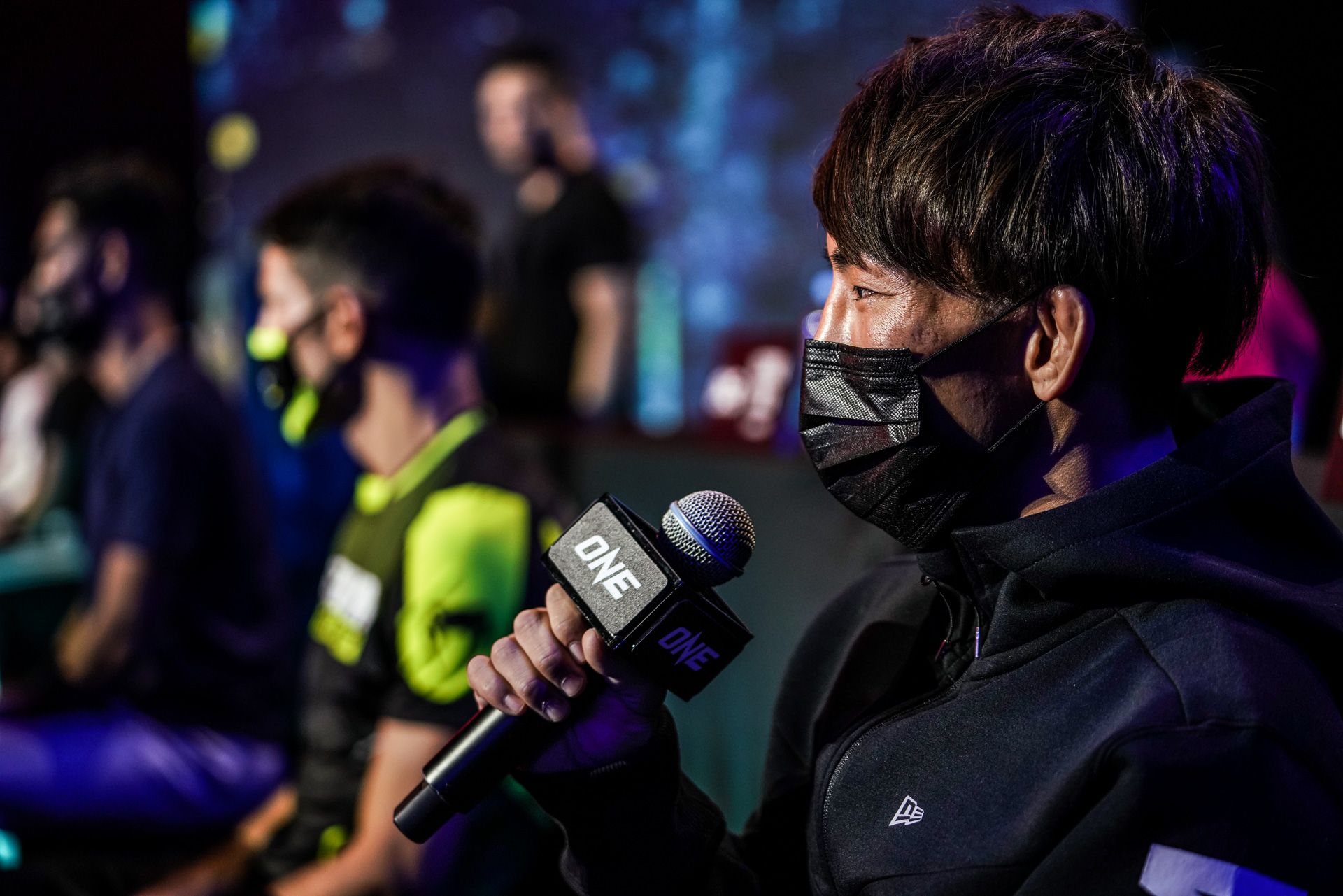 “The second match, I could not show my entirety that resulted in me losing the fight. But this time, I’d like to knock him out like a deep ocean,” he vowed.

“If I win this fight, I would like to fight Demetrious Johnson.”

Unlike their first and second encounter back in 2019, Pacio will not be a huge favorite entering the bout.

Pacio last stepped into the ONE Circle back on January 31, 2020.

During the last 579 days, Pacio has not just had to survive the ongoing pandemic in the Philippines, but also had a bout with COVID-19 as well.

For him, it only made him stronger.

“It’s been one year and eight months. It’s been very hard because of the pandemic. Early this year, I got COVID-19,” he bared. “It’s been really hard, but we are not just fighters in the Circle but in real life as well. We were able to overcome COVID and here we are.

“We are 100-percent ready both physically and mentally – we are on!”

Inspired is Pacio to put on a show on Friday as he is the only remaining mixed martial arts world champion in the country.

That is why Pacio wants to put on a classic on Friday. It will pave the way for the next generation of Filipino mixed martial artists to gun for their dreams. 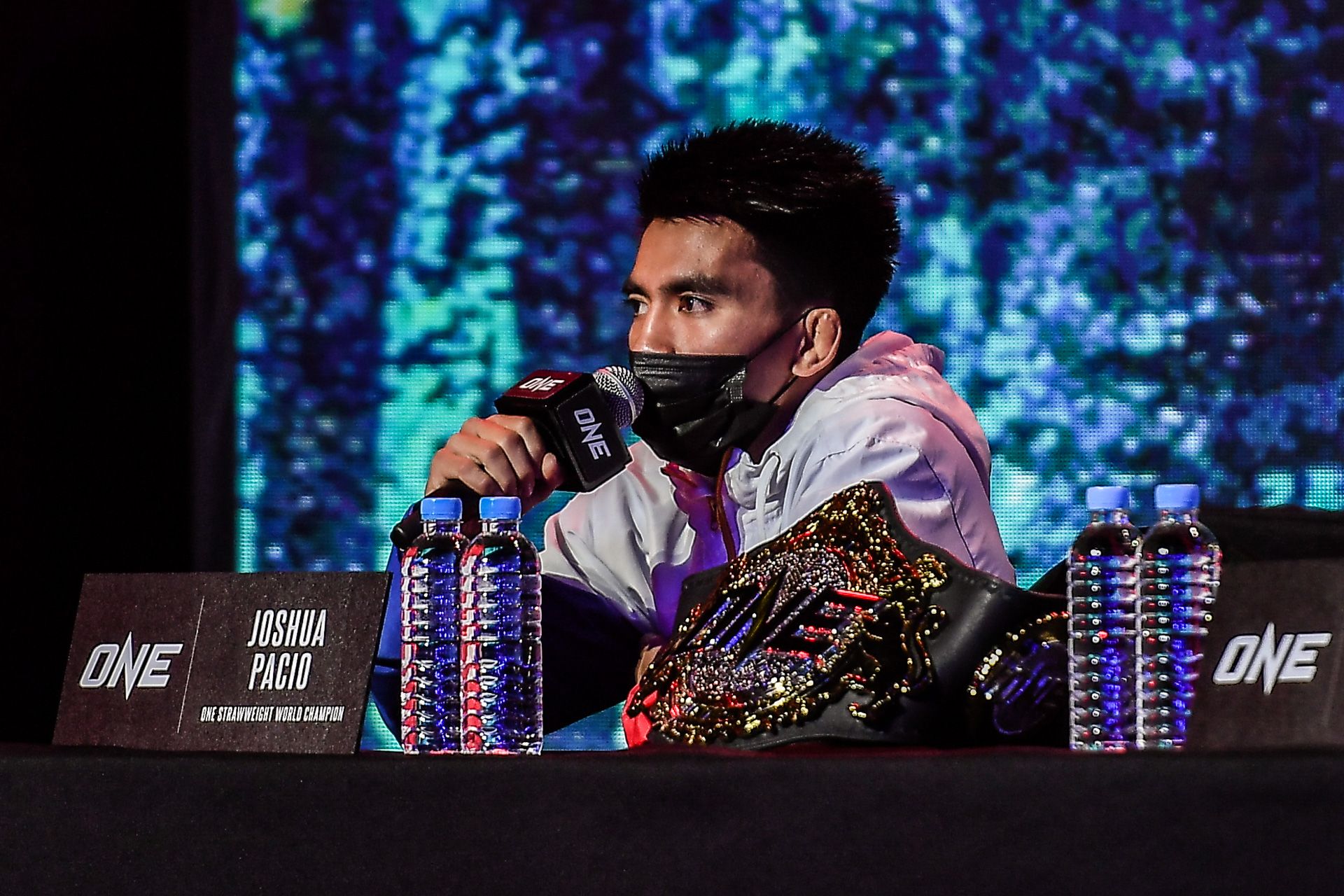 “We’ve been doing martial arts half of my life. Pressure is already my friend and a part of my journey. There’s no added pressure,” he said.

“Though I’m the long champion in the Philippines, but I’m confident that my teammates will be champions in the near future.”

In this article:Joshua Pacio, ONE: Revolution, Team Lakay, Yosuke Saruta