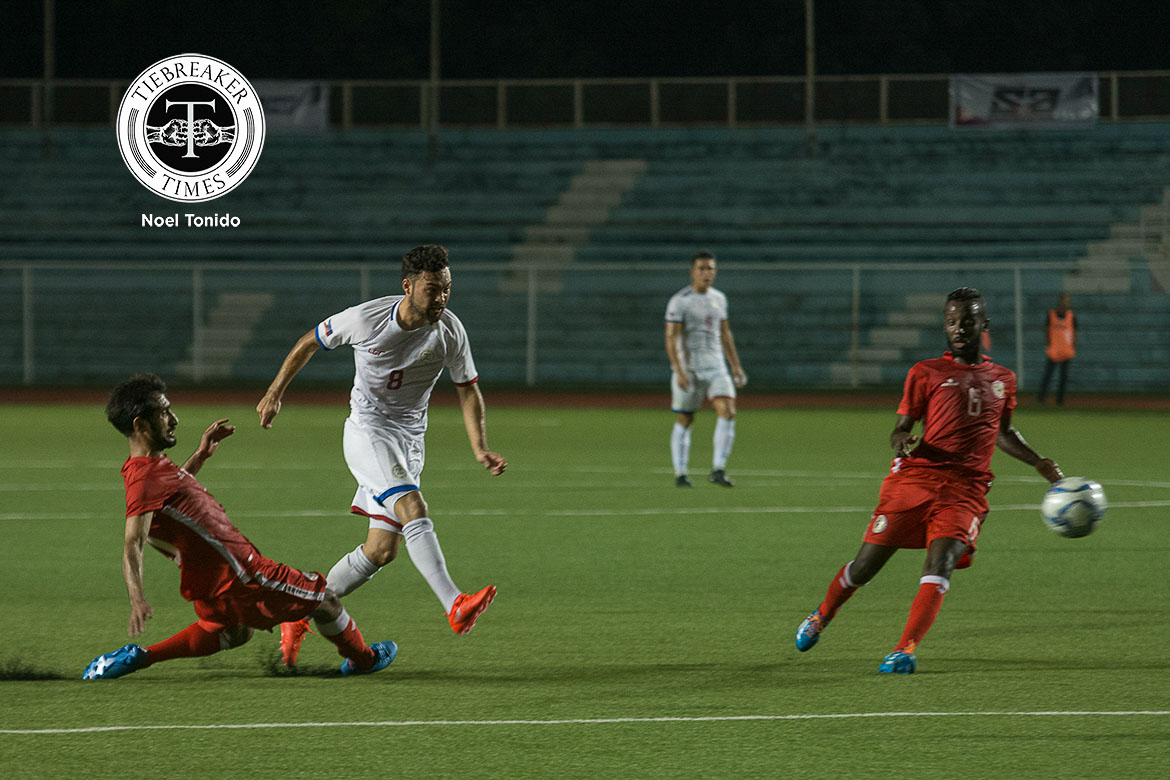 Throughout the course of modern Philippine football history, one can tell that siblings in the national team setup isn’t a rarity. There have been so many band of brothers have left their marks on the beautiful game in the country. Friday evening in the 3-1 friendly loss to Bahrain, the Ott brothers officially made the list.

Manny Ott played with his younger brother Mike for the first time since they were kids when the latter made his first appearance for the Azkals as a second half substitute.

The younger Ott did not take long to make an impact, scoring inside four minutes to pull one back for the Philippines. It reinforced the Azkals’ belief to salvage a result, but things turned out sour in the end as their opponents claimed the next goal in the final minutes.

Nonetheless, the two are glad to finally share the experience of playing together for the country of their mother’s birth.

“I want to say I’m very proud to be a part of the Azkals now, officially. I was very happy that the coach called my name and I gave all my energy in the game,” Mike told after the game.

Overall, he looked pleased about his performance, but suggested a gutted feeling.

“I think I did a good job. In my first game, I scored my first goal–it was a miracle. [Yet,] I’m also a little bit sad about the finish (result). Normally we want to win the game,” the 21-year old added.

The younger Ott’s debut is arguably long overdue after previous call-ups as early as 2014 led to naught.

“First it’s always hard to come here. We need the FIFA days. I changed my club in Germany from Munich to Nuremberg and there I want to improve for the first team. I want to have every day to show my skills for the first team so my priority was there,” he disclosed.

Manny, on his part, expressed delight about his brother’s performance.

“I’m very proud of him. I know he’s a good player. I think in the 45 minutes he came in, he showed he can change [the game]. We had more time with the ball, we created more chances,” he said.

The elder Ott, whose debut for the Philippines came six years ago, also noted that this is the first time they have played in a team and gladly shared the fact that their parents witnessed the occasion first hand. The brothers started their professional careers in different Bavarian clubs, with Manny suiting up for Ingolstadt and Mike beginning with 1860 München.

Right now, Manny is a key cog of Ceres-La Salle here in the Philippines while Mike is playing Regionnaliga football with 1. FC Nürnberg II in Germany.

Now that he has made his start for the Philippines, Mike is looking forward to making more memories donning the Azkals jersey. Together, the Ott brothers make up an exciting pair of brothers hoping to make an impact the same way the other brothers have done so for Philippine football.

In this article:Manny Ott, Mike Ott