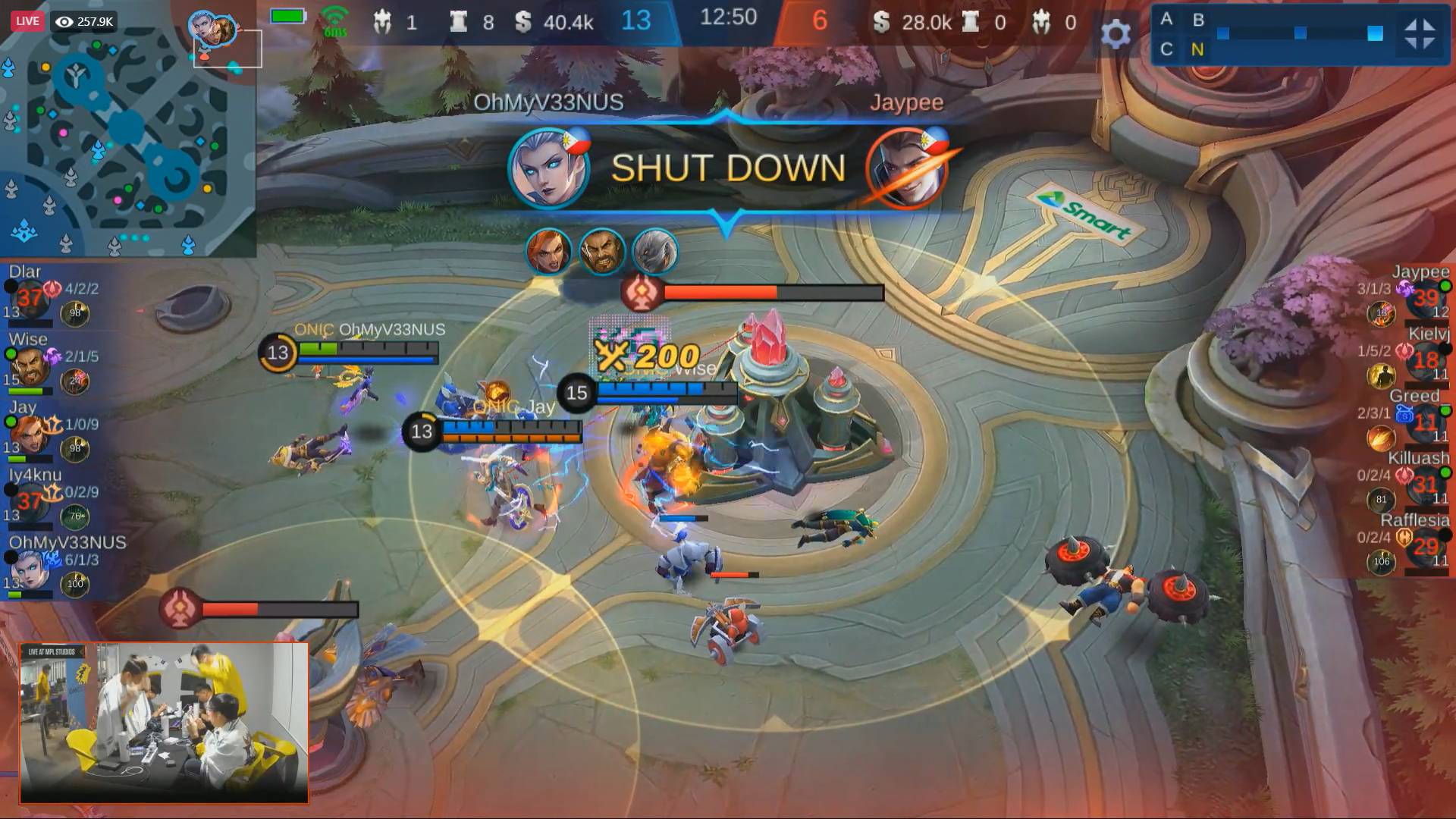 And it was only fitting that ONIC PH was responsible for putting a stop to the most dominant run that the league has ever seen.

On a fateful Friday evening, ONIC PH proved that they’re more than ready to claim the throne. They swept defending champions Aura PH, 3-0, to advance to the semifinals of the MPL-PH Season Six playoffs.

ONIC PH won all games in dominant fashion, but it was their Game One performance that dictated the tempo for the two-time runners up.

Dlar (Khaleed) and Iy4knu (Alice) gave Aura PH’s two-core set up of Jaypee (Ling) and Kielvj (Roger) a hard time. They constantly attacked the backlines to disrupt their positioning.

Aura PH tried to shake things up in Game Two, fielding in Jaypee’s Gusion as the main carry while Kielvj once again held the Roger in the gold lane. The defending champions showed signs of life in the second match, but another excellent performance from Dlar gave the 2-0 lead to ONIC.

Looking to salvage their season, Aura PH decided to put their fate in Jaypee’s hands going all-in on his Claude. Unfortunately, they suffered the same fate as their star had a hard time finding his farm with ONIC PH squeezing the map.

On the other hand, Jaypee had three kills, no deaths, and three assists. It wasn’t enough, though, as Greed and Kielvj continued their struggles rooting back from the regular season.

This is ONIC PH’s second victory against Aura dating back from Season Four. The first one came in a week ago when they swept Aura in their final game of the regular season.

ONIC PH will go up against the winner of the quarterfinals match-up between NXP Solid and BREN Esports tomorrow at 4:30 p.m.