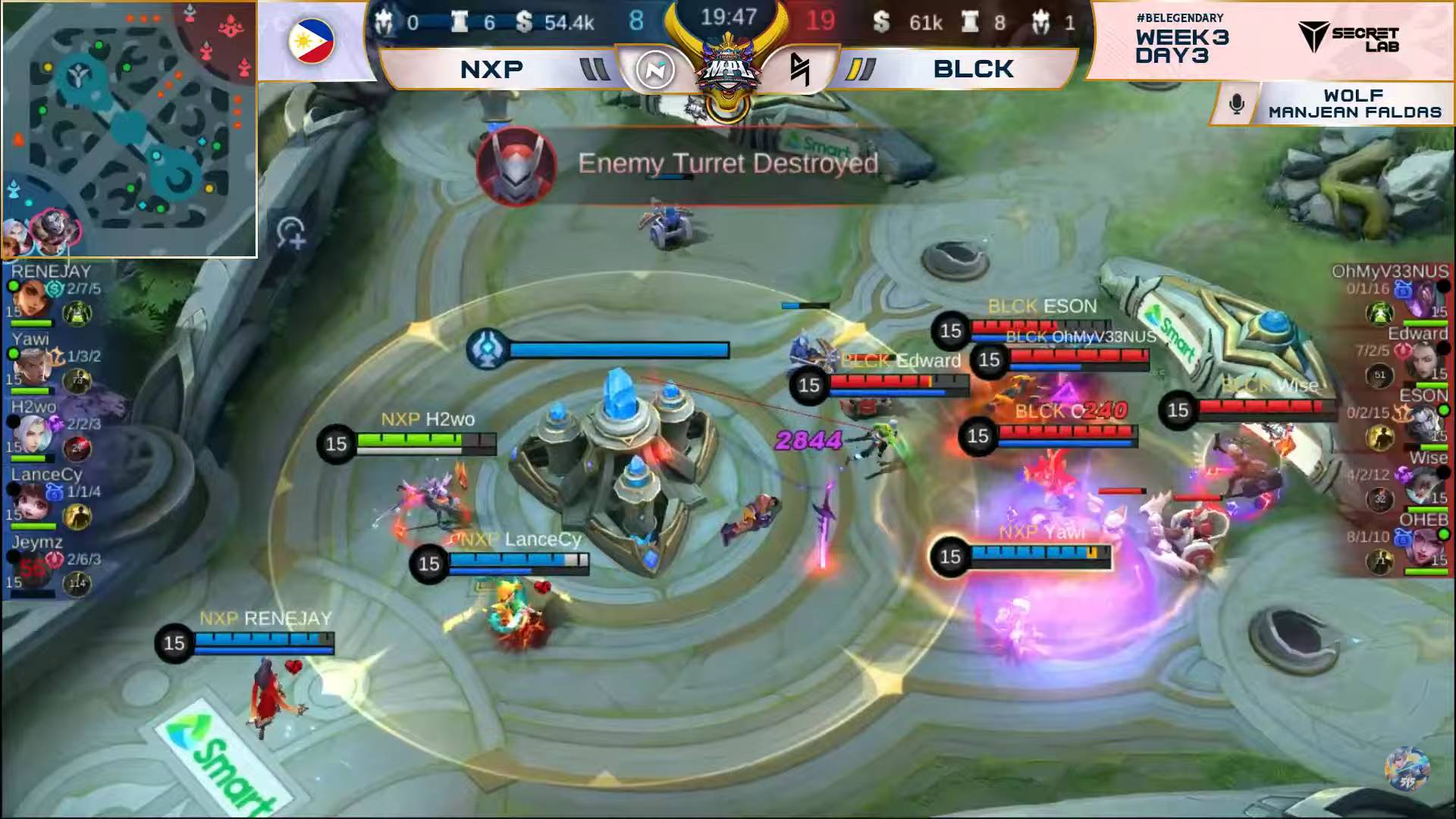 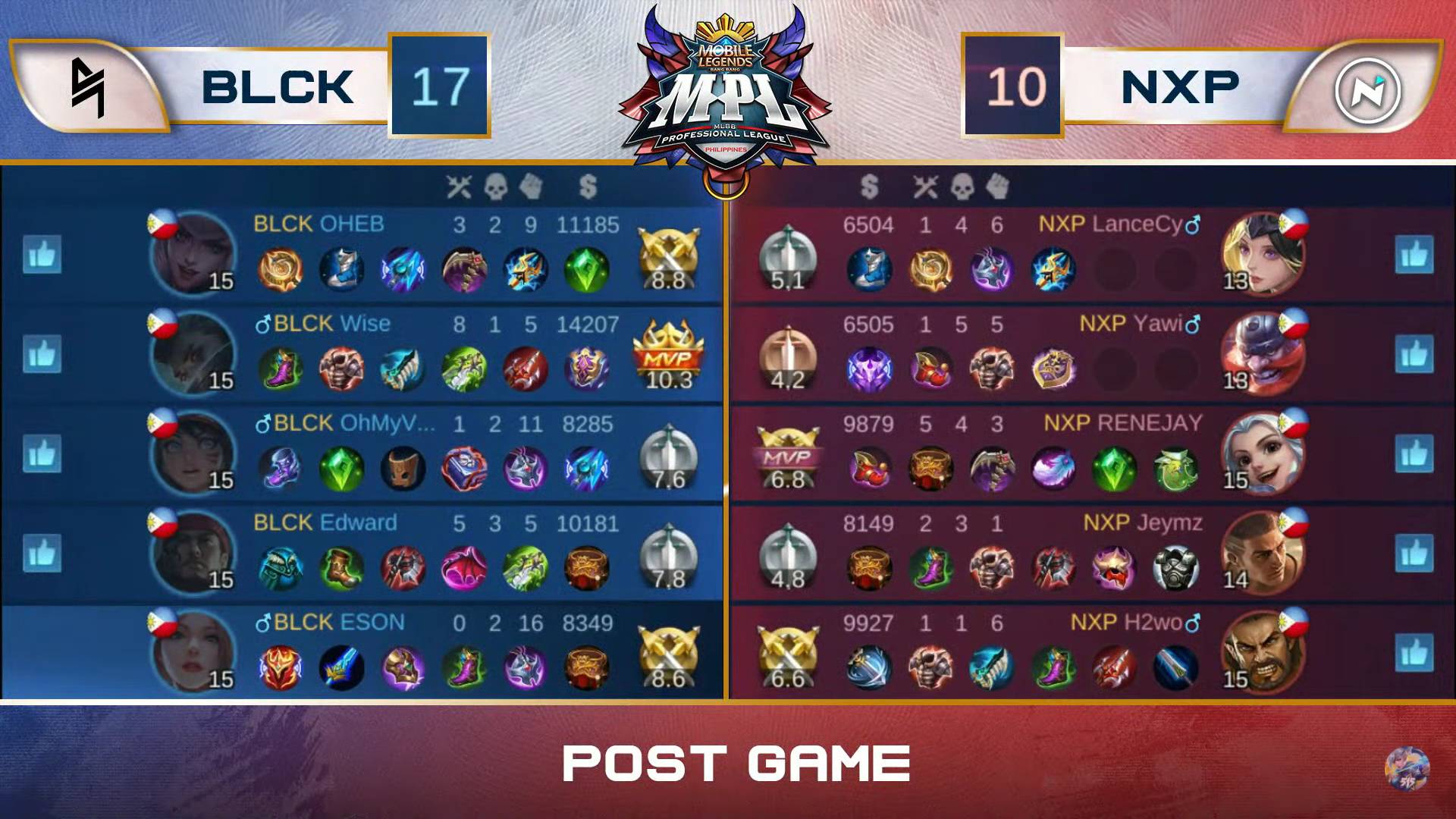 The former Amihan player then flaunted his mastery of Alice anew in the following match, putting up eight kills and 12 assists against just one death in the 21-8 Game Two domination.

The Kristoffer “BON CHAN” Ricaplaza-coached took back the pole position in Group B with 11 points through a clean 4-0 record.

Nexplay Esports brought out the Franco card in the opener, but Tristan “Yawi” Cabrera — who is currently the top one Franco player in the world — had a hard time locking down members of Blacklist International no thanks to the added mobility given by Mark “ESON” Gerardo’s Rafaela and Johnmar “OhMyV33NUS” Villaluna’s Mathilda.

The release-control tactic of Blacklist International proved to be too much for Nexplay’s high-tempo lineup as the Tier One-backed squad took the win in 16 minutes and 25 seconds.

Blacklist then sealed the series with another Granger-Alice combo from Danerie “Wise” Del Rosario and OHEB. 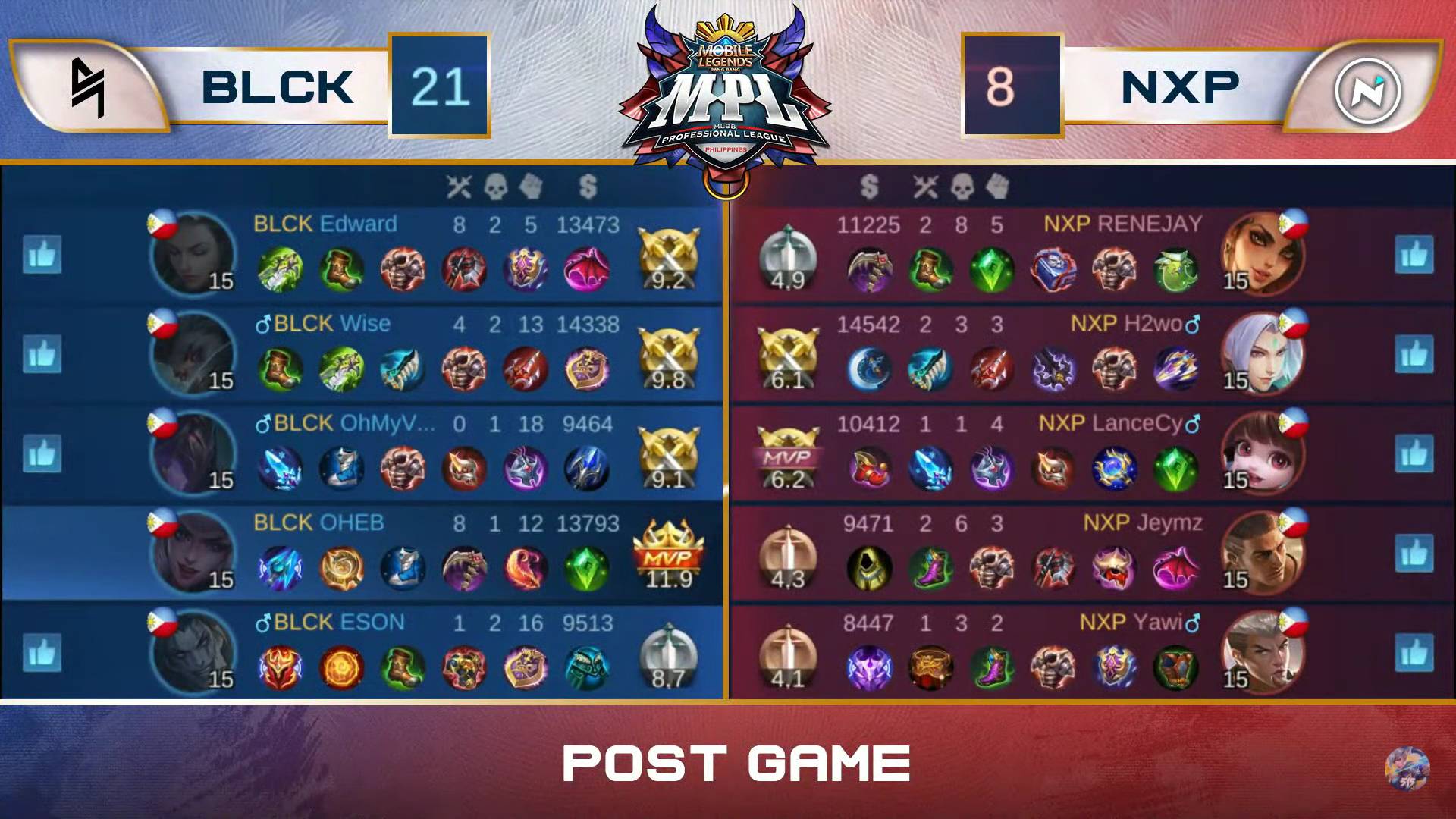 Nexplay Esports will remain at the fourth spot in the same group with six points and a 1-4 win-loss card.

Blacklist International looks to extend their unbeaten run against Work Auster Force Sunday at 2:00 pm while Nexplay Esports will try to break their slump against Cignal Ultra on the same day at 4:00 pm.