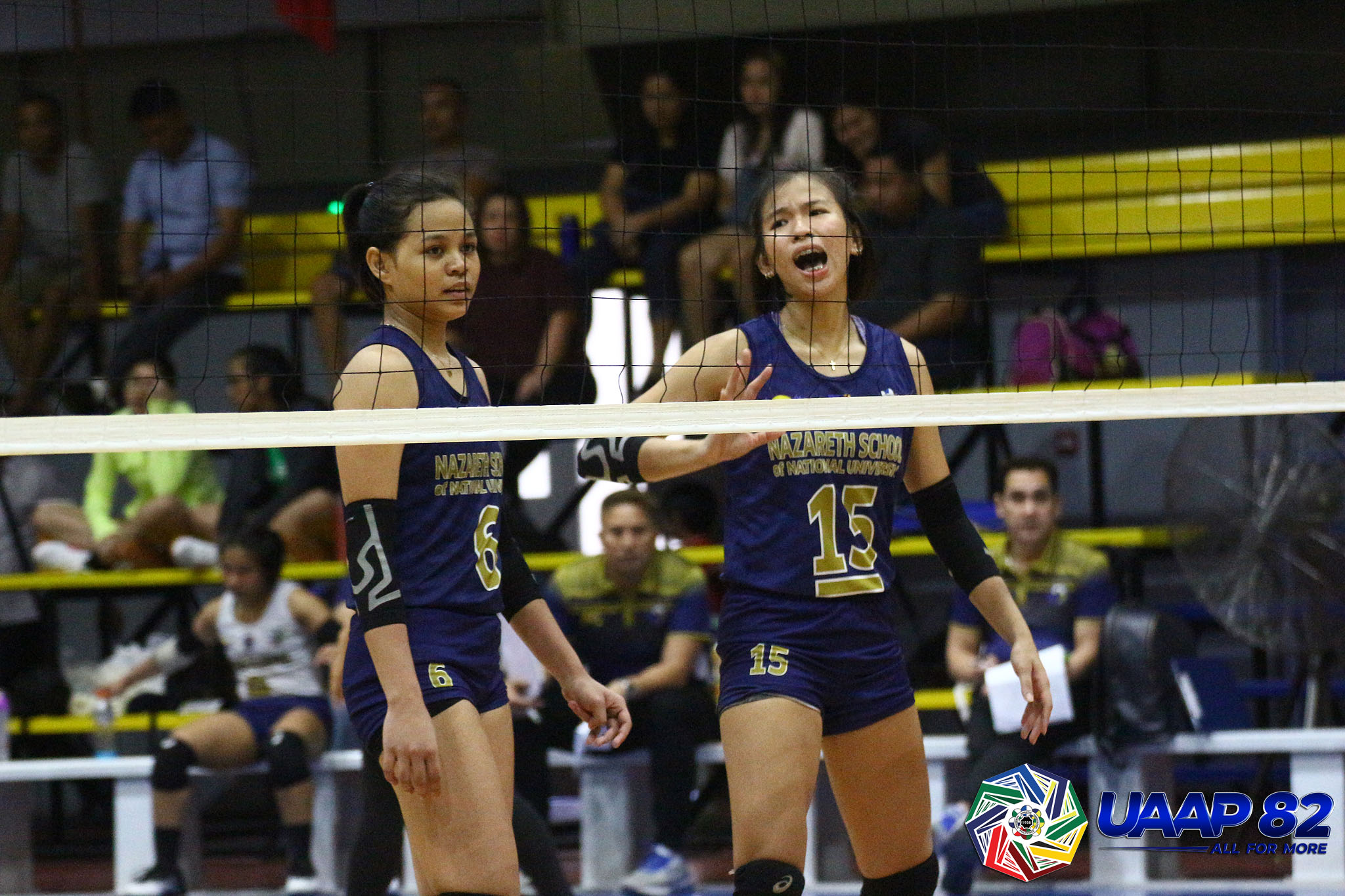 The National University-Nazareth School made short work of the University of Santo Tomas, 25-17, 25-18, 25-18, for their fifth win in a row in a duel of undefeated teams in the UAAP Season 82 Girls’ Bolleyball tournament at Paco Arena on Wednesday.

The Lady Bullpups dominated the Junior Tigresses in the spiking department, 42-18, which keyed the straight-set romp.

Regine Jurado scored eight points. On the other hand, UST’s top scorer Renee Peñafiel was limited to only five.

“Yun talaga ang goal namin — to limit the points of those who’s been scoring really well for their previous games. And [since] Peñafiel had been scoring double-digits for how many games na, nag-focus kami doon by reviewing the positions,” said coach Regine Diego.

Trailing 5-14 in the third set, the Junior Tigresses launched a 10-3 blitz to cut the deficit to two points, 15-17. The Bullpups then retaliated with a 7-3 rally capped by Sofia Ildefonso’s quick kill for the win, to deny their foes a first-round sweep.

De La Salle-Zobel coach Tina Salak was satisfied with the way her team elevated their level of play after improving to 3-2 for solo third place.

The Baby Falcons got the first two points of the deciding set but the Junior Lady Spikers answered with 10 straight points to put the game away, 10-2.

Maria Lalongisip had 14 points for Adamson University, which dropped to 2-3.

Girls’ volleyball action resumes on Sunday at the Blue Eagle Gym to close out the first round.