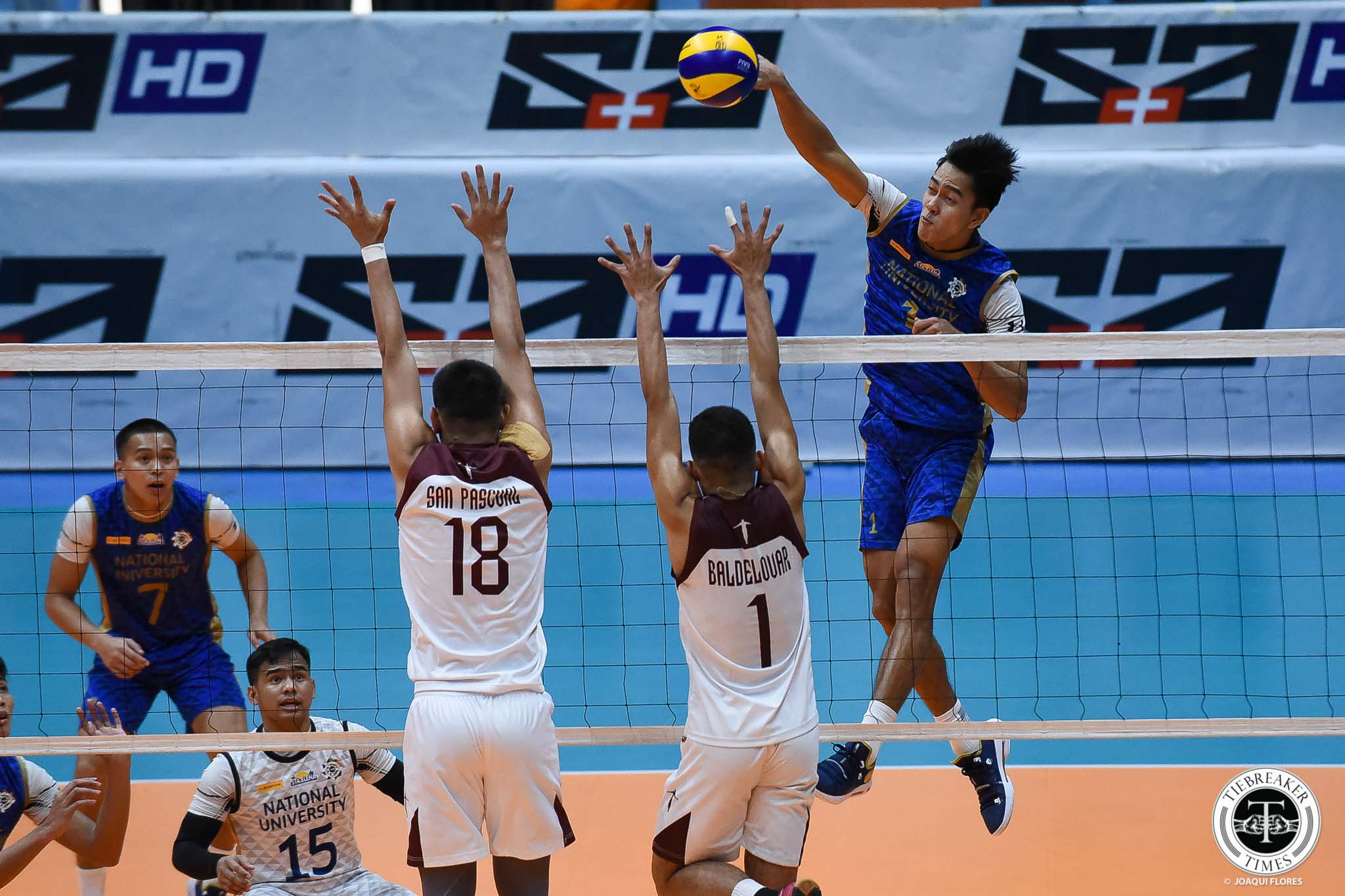 The Final Four-bound National University Bulldogs continue to pick up steam, slamming the University of the Philippines Fighting Maroons, 25-18, 25-21, 25-22, for their 12th consecutive win of the UAAP Season 81 Men’s Volleyball Tournament at the FilOil Flying V Centre.

Back from the Holy Week break, the Bulldogs did not miss a beat, turning their solid floor defense and coverage into a massive 41-28 advantage in spikes.

According to head coach Dante Alinsunurin, the defending champs had no problems maintaining focus through the break, as they had their sights set on the final stretch of the season.

National U (12-1) finish their elimination round campaign on Sunday against the Far Eastern University (11-2). Meanwhile, UP end their season against the De La Salle University (3-10) on Saturday. Both matches will be played at the FilOil Flying V Centre.