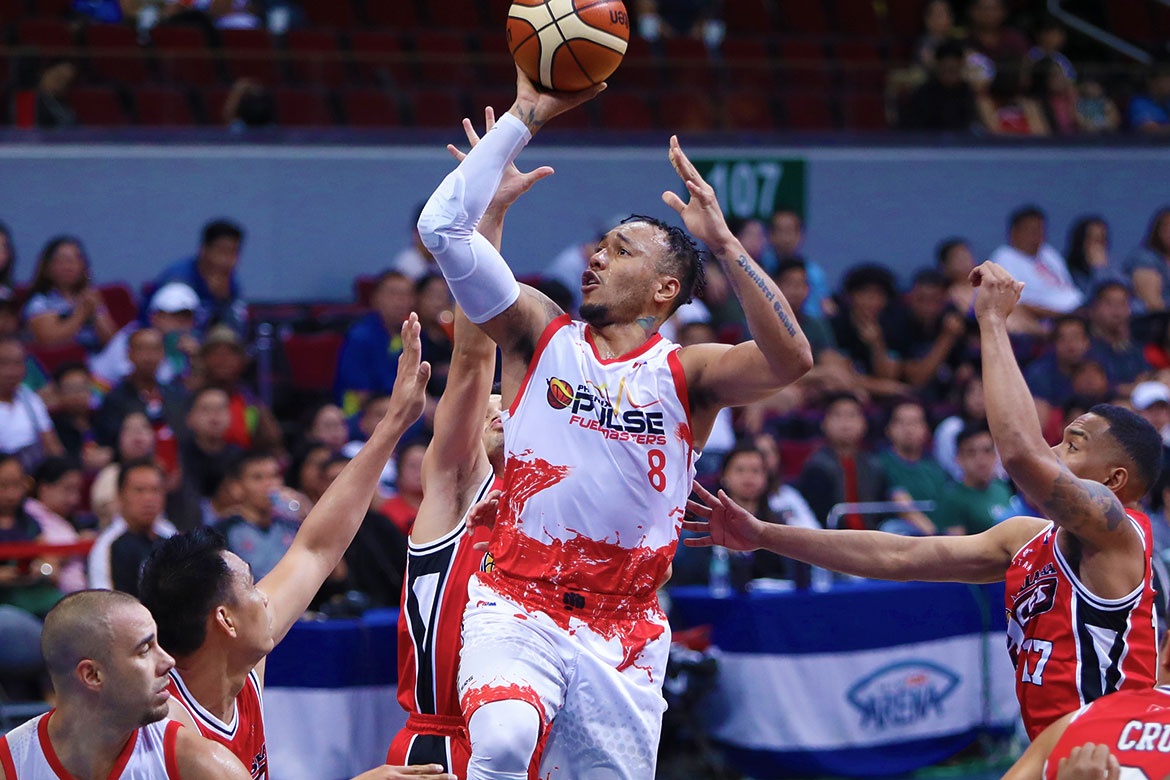 Calvin Abueva admitted that he wasn’t at a hundred percent for the Phoenix Pulse Fuel Masters’ match versus his former team Alaska Aces on Friday night at the SM Mall of Asia Arena, since he had food poisoning from eating oysters.

But even that didn’t stop him from delivering.

The Beast torched his former team by producing 21 points on 45.5 percent shooting from the field along with 16 rebounds, two assists, and a block in over 25 minutes. His performance pushed the Fuel Masters to an impressive 94-80 win.

The win is all the more satisfying since it is Abueva’s first over his old team, whom he played with for six years. But Abueva insists that wasn’t on his mind, saying that he and Phoenix only took advantage of the Aces’ depleted lineup.

Though they have welcomed Simon Enciso back, the Aces are still missing Kevin Racal, Jvee Casio, and Vic Manuel due to injuries.

Now, Abueva looks to heal up as quickly as he can, as he and the Fuel Masters brace for a tough stretch ahead.

Phoenix – who are now at 7-1 and are gunning for one of the top two spots – will have their hands full in their last three games in the 2019 PBA Philippine Cup elimination round. Up next for them are all three San Miguel-owned teams.