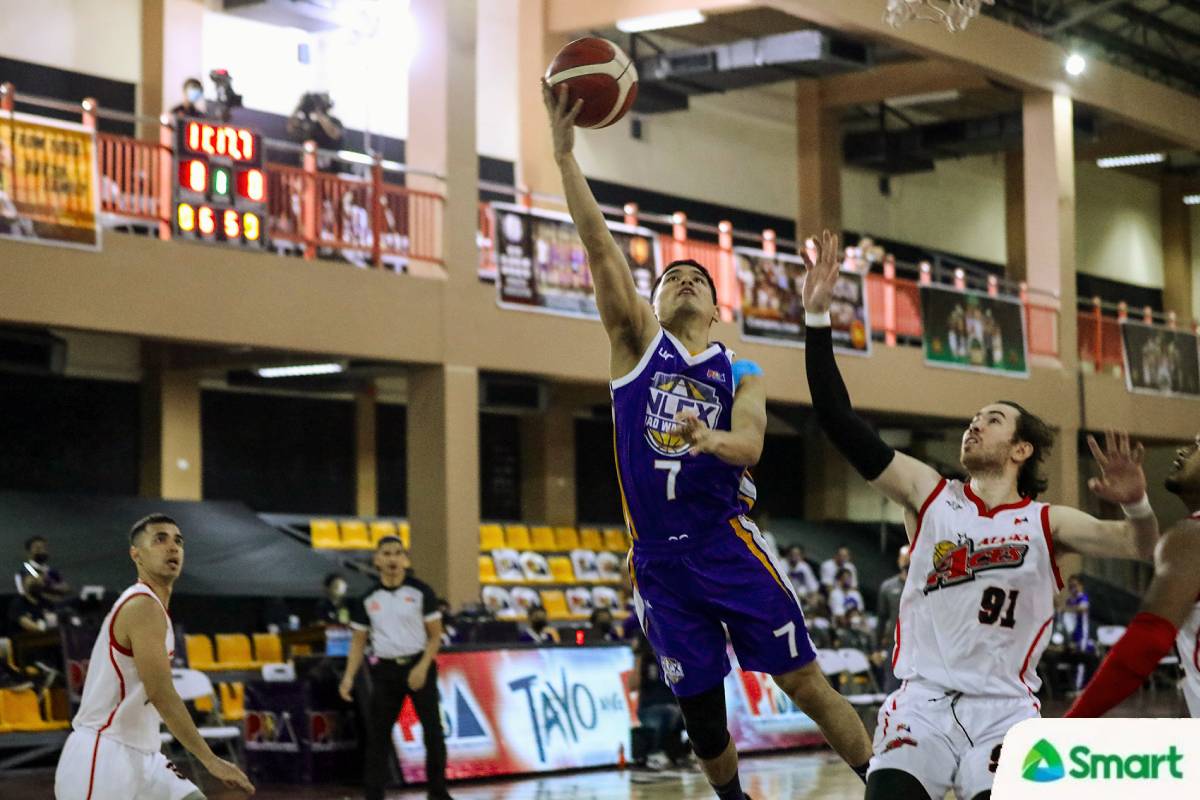 NLEX began its life without Kiefer Ravena on a triumphant note by beating Alaska, 84-74, in the 2021 Honda PBA Philippine Cup, Thursday at the Don Honorio Ventura Ventura State University Gym in Bacolor, Pampanga.

JR Quinahan, Kevin Alas, Jericho Cruz, and Kenneth Ighalo all showed that the Road Warriors are still very much in contention despite their star guard’s absence, leading their side to their third victory in five outings.

“Hangga’t maaari, gagawan mo ng remedyo ‘yung pagkawala ni Kiefer. We have no choice but to just work harder, play smarter, make the best use of our opportunities that are given to us,” said head coach Yeng Guiao.

The tested triumvirate of Cruz, Alas, and Quinahan helped NLEX overcome a 10-point deficit in the third quarter, joining hands for 11 unanswered points to put their side ahead, 53-52, with 2:49 on the clock.

And when the Aces managed to snatch the driver’s seat behind JVee Casio with 8:10 remaining in the final frame, Ighalo responded with a three-pointer just seconds later to give his team the lead once again, 67-66.

The Road Warriors then went on to keep the opposition at bay the rest of the way en route to collecting the 10-point win.

“Ang mentality namin is we cannot step into the shoes of Kiefer if we’re just looking for one or two guys to step into those shoes. We have to do it by committee,” said Guiao.

“And true enough, dito sa game na to, si Ken Ighalo nag-step up. Jericho is also a big factor stepping into the shoes of Kiefer. We’d like to be able to distribute that responsibility to the rest of the team, hindi lang sa isa o dalawang tao.”

NLEX played without big man Raul Soyud due to an ankle problem. Tony Semerad was also out as he welcomed his first baby recently.

#ReadMore  Matthew Wright had no hesitation in saying yes to Gilas

Alaska, meanwhile, was led by Maverick Ahanmisi’s 17 points. Mike DiGregorio made 16 points in their second loss in a row that dropped their card to 2-4.

Both teams will only have a day of respite before returning to action on Saturday. NLEX opens the twinbill versus Phoenix Super LPG (2-4) at 2:00 p.m., while Alaska plays San Miguel (3-2) at 4:35 p.m.