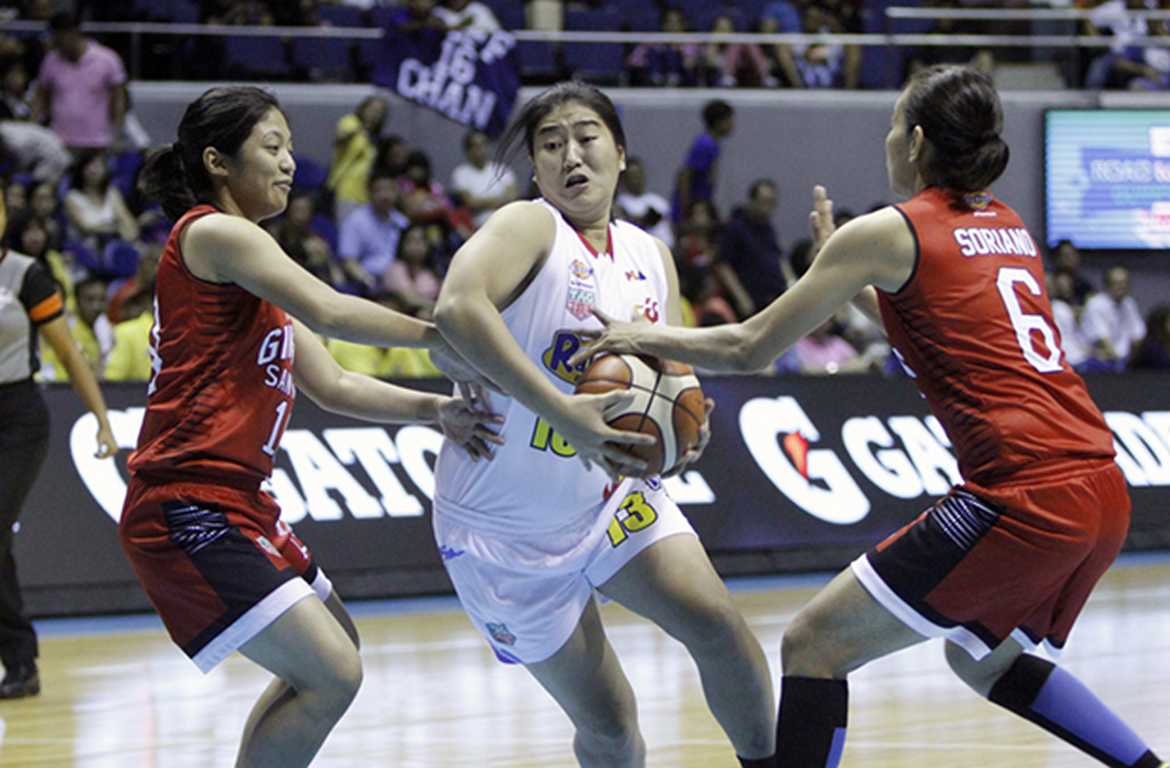 Ara Abaca scored nine points to lead Rain or Shine to a 12-7 win over Barangay Ginebra in the semi-finals of the PBA-Tag Heuer Women’s 3-on-3 Basketball Tournament Tuesday night at the Smart-Araneta Coliseum.

Abaca was unstoppable to open the game, scoring five of the Elasto Painters’ first seven points as the team opened a 7-3 lead over Barangay Ginebra.

Two baskets by Banjo Soriano and another by MJ Galicia made it just a 7-5 lead for Rain or Shine, but Abaca once again closed out the game strong, scoring four more points even as Ginebra misfired from the outside.

In the first game, the NLEX Road Warriors edged Tropang TNT, 11-8 to set up a finals duel with the Elasto Painters.

Analyn Almazan scored an and-one conversion in the early goings, giving NLEX a 3-1 lead although Sarah Mercado brought TNT back with back to back points, 3-3.

Almazan and Kath Sandel then added to the damage for NLEX, making it 6-4 but Karen Salapong answered with two points as well to knot the count anew at 6-6.

But Fria Bernardo scored two in a 4-0 run by NLEX which made it 10-6. Salapong hit a two to cut the deficit but TNT missed its next two shots from deep as NLEX prevailed.

NLEX and Rain or Shine will slug it out in the best-of-three finals. The schedule is yet to be determined.