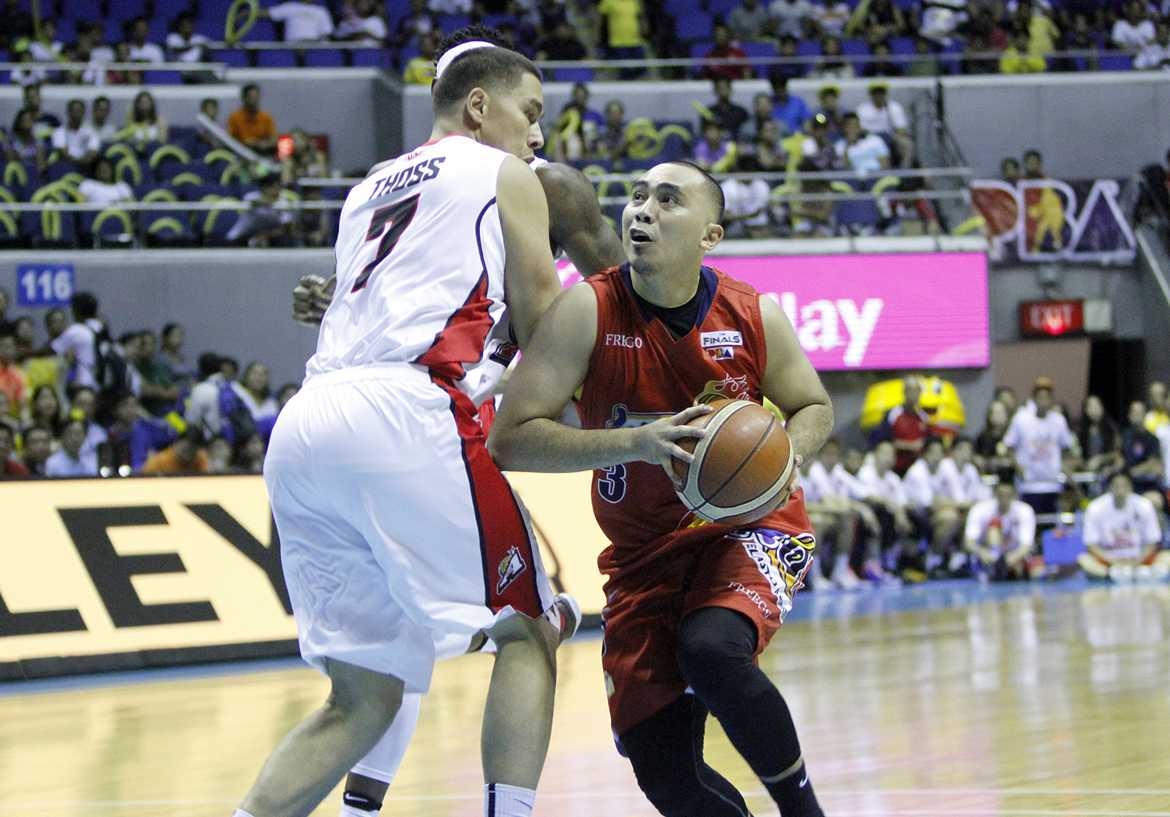 With the game tied at 103 with 27.3 seconds left, Beau Belga scuffed a left corner triple, but Paul Lee came to the rescue, picking up the loose ball and pulling up for the game-winning shot to cap a 105-103 Rain or Shine Elasto Painters victory over the Alaska Aces and take a dominating 2-0 Finals series lead, held at the Smart Araneta Coliseum on Mother’s Day.

A hot Elasto Painters team started the match by making their first five out of six attempts for a 13-6 advantage. As Alaska adjusted their defense, the Painters were forced into a couple of turnovers that ignited a 10-2 counter by the Aces. Chris Banchero was also instrumental in the dying moments of the opening quarter, scoring his team’s last seven points to push Alaska to 26-21.

Alaska led by as much as eight in the first half despite a low clip from beyond the arc. The Elasto Painters were quick to respond, however, as their productive post-season duo of Jeff Chan and Jericho Cruz once again powered a mid-quarter run to keep their team afloat. In the last half of the second period, the two teams had a multiple lead exchanges. Prior the break, Rob Dozier broke the 49-all deadlock in the final possession with a floater at the buzzer.

READ  Jamike Jarin looks back on transfer from San Beda to NU: 'It was a double-edged sword'

The two teams made a combined five triples to start the second half exchange in what seemed to be another shootout, as in Game 1. Alaska reinstalled their eight-point cushion, but that vanished within minutes due to consecutive blanks from the floor. At the 2:46 mark, Beau Belga drained a triple that gave the Painters a 72-68 edge. Fortunately for the Aces, they came up big with an 11-4 closeout to the third, capped by a Chris Exciminiano triple, to regain some composure and the lead heading into the final frame.

Rain or Shine stopped the bleeding, as the Aces continued their third quarter surge with a 5-0 start to the final period. The Elasto Painters countered with a 12-0 response to snatch the lead back at 88-84. Fast forward to the last four minutes, Jericho Cruz and Paul Lee continued the offense for the Painters, as they led by nine against the Aces, who settled for lower-percentage attempts.

Trying to keep the effort alive, RJ Jazul drained crucial back-to-back threes to claw back quickly, making it a one-point affair. However, Paul Lee came up huge once again with an and-one layup to restore a 103-99 lead with over a minute remaining. Calvin Abueva and Rob Dozier pushed the game to be knotted at 103, but it was sealed by Lee’s heroics in the dying seconds.

“When Dozier made the dying shot, I thought it would go into overtime. It was a win or overtime situation. We set up a play on the end game. We didn’t thought this was the play but we’ll take it anyway,” said relieved Coach Yeng Guiao after the gritty win. “The play was initially for Jericho Cruz to make the decision. Beau wasn’t supposed to be the shooter pero okay na din. Panalo naman eh.”

Chan added 17 for RoS, including a perfect 3/3 clip from three-point territory, while Jericho Cruz, Beau Belga, and Jewel Ponferada all had 14 apiece.

All five starters for the Aces contributed double-figures, led by Jazul’s 24. However, they only got three bench players outside their primary contributors offensive-wise.

Game Three of the series will be played on Wednesday, 7:00pm also at the Big Dome.

2-0 lead is not safe against Alaska says Guiao