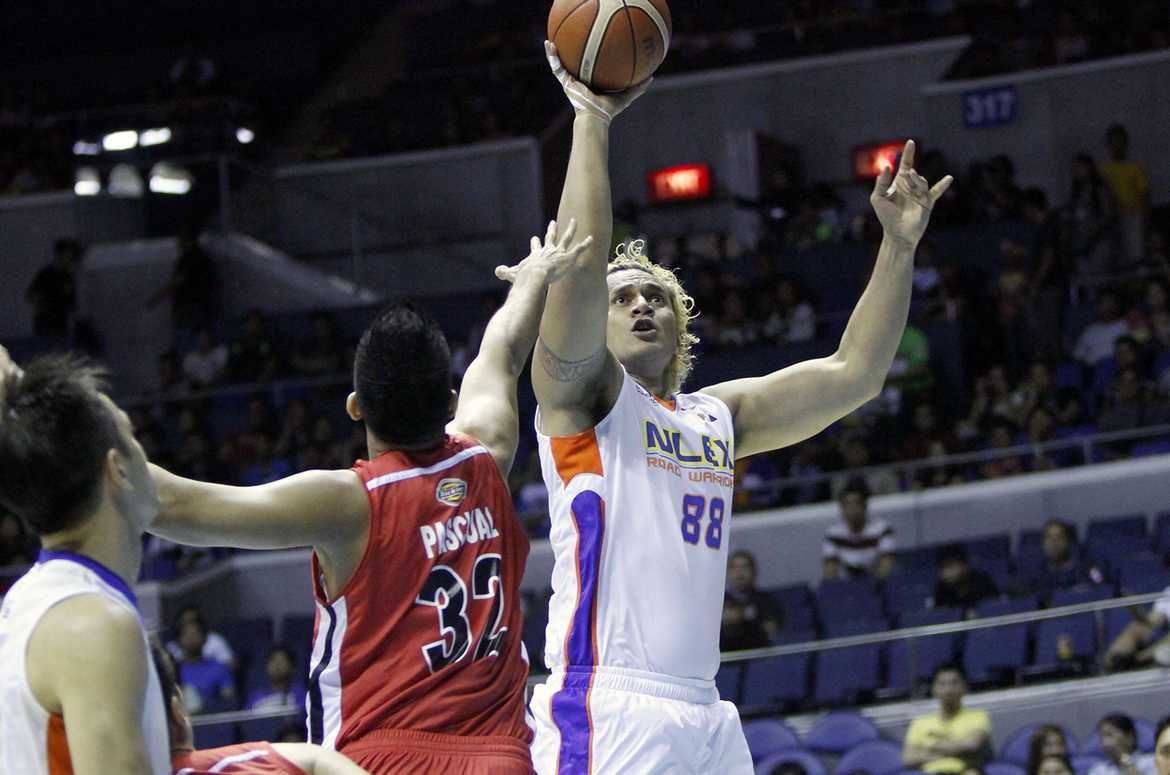 Al Thornton and Asi Taulava each scored 22 points as the NLEX Road Warriors escaped the Blackwater Elite, 88-75, Sunday, in the PBA Commissioner’s Cup at the Smart-Araneta Coliseum.

Taulava added 15 rebounds for a double-double and dished out four assists, while two others scored in double-digits for the Road Warriors.

Looking for a shot at the next round, the Road Warriors leaned on an 11-1 run in the fourth period and closed out the game strongly, to put the Elite away and improve to 4-4 in the team standings.

“It was really our defense which stepped up today. Our goal was to limit them to 90 or below. We are happy to limit them below 80. The past few games, we were just allowing our opponents to score on us,” said NLEX head coach Boyet Fernandez.

“(Thornton) knows it is really his offense that we need, but he also played good defense. It was a total team effort today. With this win, baka mabuhay ulit yung chances namin.”

Art Dela Cruz engineered a comeback bid for Blackwater, hitting a three to end the third quarter before converting on a fastbreak attempt to open the fourth frame. He later assisted on Bambam Gamalinda’s lay-up which cut the NLEX lead down to only 70-68.

That was when the Road Warriors replied with an 11-1 run capped by Thornton’s slam dunk. The Elite fell to 3-6 in the conference.

Taulava and Thornton combined for 16 points in the second quarter alone, as the Road Warriors led by as much as 32-16.

READ  Despite excellent start, Valandre Chauca still sees a lot to improve on

NLEX continued to lead by double-digits in the third quarter before Blackwater made a run of their own, cutting the deficit down to only six entering the final quarter.

NLEX will have a tough schedule ahead, playing Globalport, and last conference’s finalists San Miguel, and Alaska.

“Our problem is consistency. We hope to win (our next two) games,” Fernandez added.

The NLEX Road Warriors (3-4) will next face the slumping Globalport Batang Pier on Friday, April 1 at the Philsports Arena in Pasig City. On the other hand, the Blackwater Elite (3-5) only have a two-day break before facing the Phoenix Fuel Masters at the Smart-Araneta Coliseum.