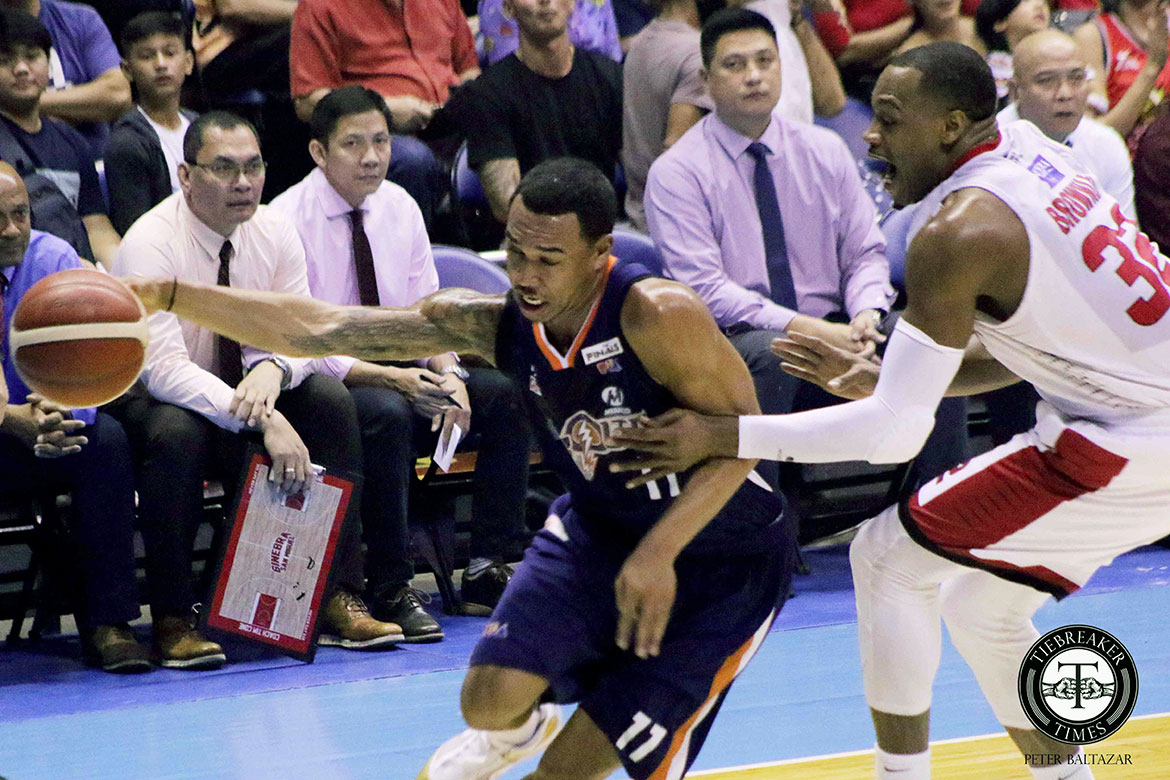 Meralco may have lost Game One of its 2019 PBA Governors’ Cup Finals series versus Ginebra, but Chris Newsome stuck to the positives of the defeat that could help them moving forward.

The do-it-all swingman said that the Bolts have the advantage when the game’s pace picks up, which made the Gin Kings adjust and slow things down — especially in the fourth quarter.

Meralco actually held a 10-point lead in the third quarter, before Ginebra came back and won, 91-87.

“We hope we can continue to wear them down and take their legs out, and see if we can beat them up and down the court; turn it into our track meet because we know we’re in good shape,” he said.

“If they want to try to run with us, they’re capable of doing it. It’s great for them, but I definitely feel that slowing the pace down plays into their favor, especially when they have a lot of height,” added Newsome, who finished with 24 points in the loss.

“So yeah, I definitely feel like that’s one positive.”

Newsome added that Finals first-timers on their side such as Nard Pinto and rookie Bong Quinto have gotten rid of jitters and have now broken in, which will help as the series goes.

“We just got that first game out the way. Those jitters are out for a lot of the guys this is their First finals appearance like Nard. So they got the jitters out, and they understand where we have to go next.”

The 29-year-old also lauded the Bolts’ defense, since they only allowed the Barangay to dish out 16 assists — way below their per-game average of 27.8 prior to the Finals.

“I think our defense wasn’t too bad,” he said. “I think we did a good job limiting their assists. They are known for having a lot of assists, and I think they were below twenty if I’m not mistaken today.

“So, you know, hopefully we can keep that going into the next game.”