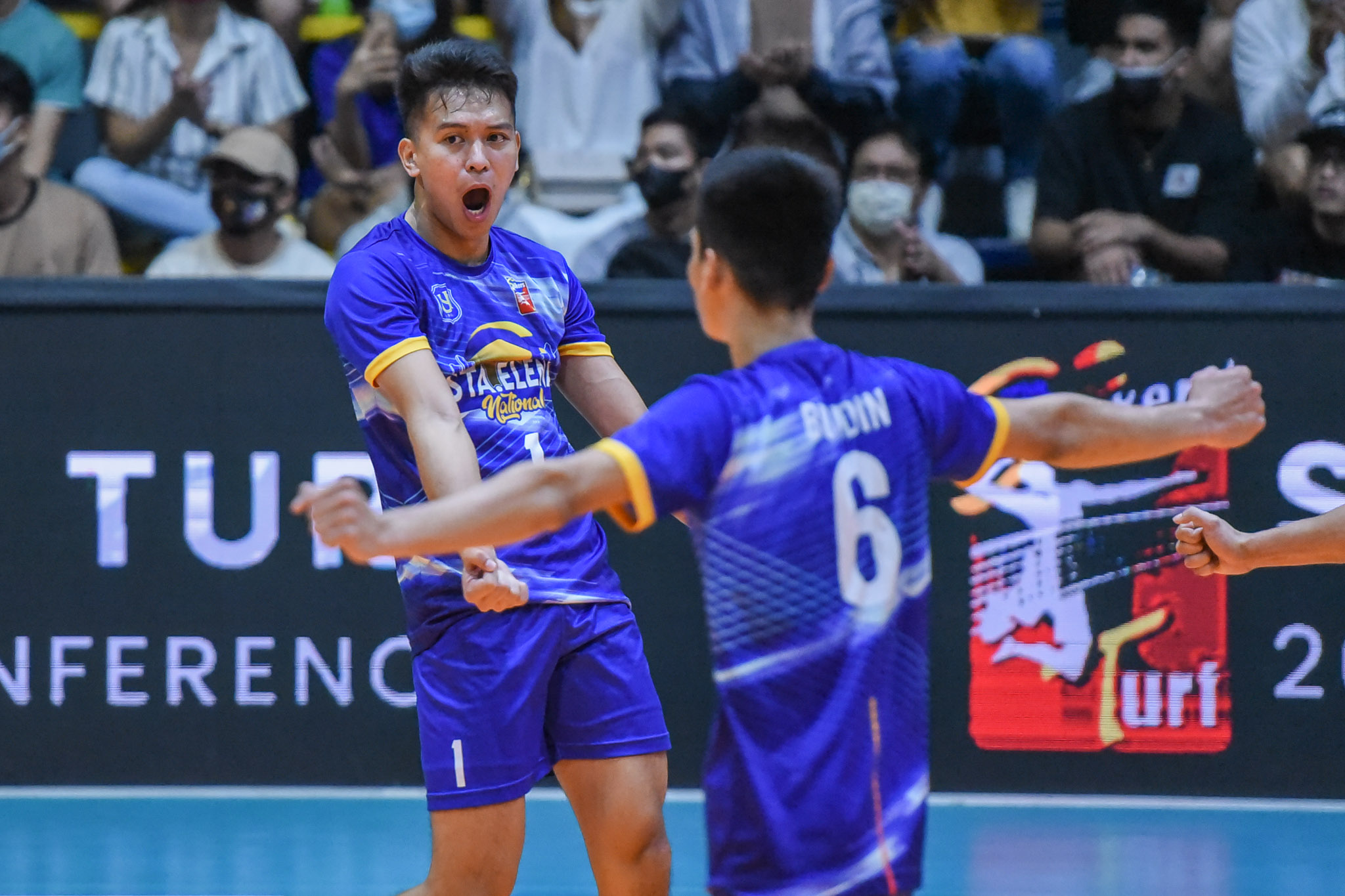 National University-Sta. Elena moved on the cusp of the 2022 Spikers’ Turf Open Conference championship after a 25-21, 20-25, 25-23, 25-18 win over back-to-back defending titlist Cignal in Game One at the Paco Arena, Thursday night.

The Nationals will aim for their second crown in the men’s premier league organized by Sports Vision on Saturday, at 5:30 pm. Their last and only title was in the 2018 Collegiate Conference.

The smashing duo of Nico Almendras and Michaelo Buddin connived in the Nationals’ 3-1 closing blast to take the early 1-0 lead, 25-21.

After Obed Mukaba’s quick kill that pulled NU-Sta. Elena within two, the triumvirate of JP Bugaoan, Louie Ramirez, and Marck Espejo came through with three straight points to equalize in the second frame, 25-20.

Knotted at 22 in the third, Almendras unloaded two straight kills before Cignal took one back off a block but Kennry Malinis’ hit that split two defenders gave the Nationals the 2-1 advantage, 25-23.

Almendras dropped 20 points of his own, including 17 spikes with 10 receptions and nine digs, while Joshua Retamar battled through cramps midway through the fourth frame and ended with 26 excellent sets and five points.

Ramirez led the way for the HD Spikers with 14 points, while Ysay Marasigan and Espejo produced 13 apiece with the latter adding 22 receptions and six digs.