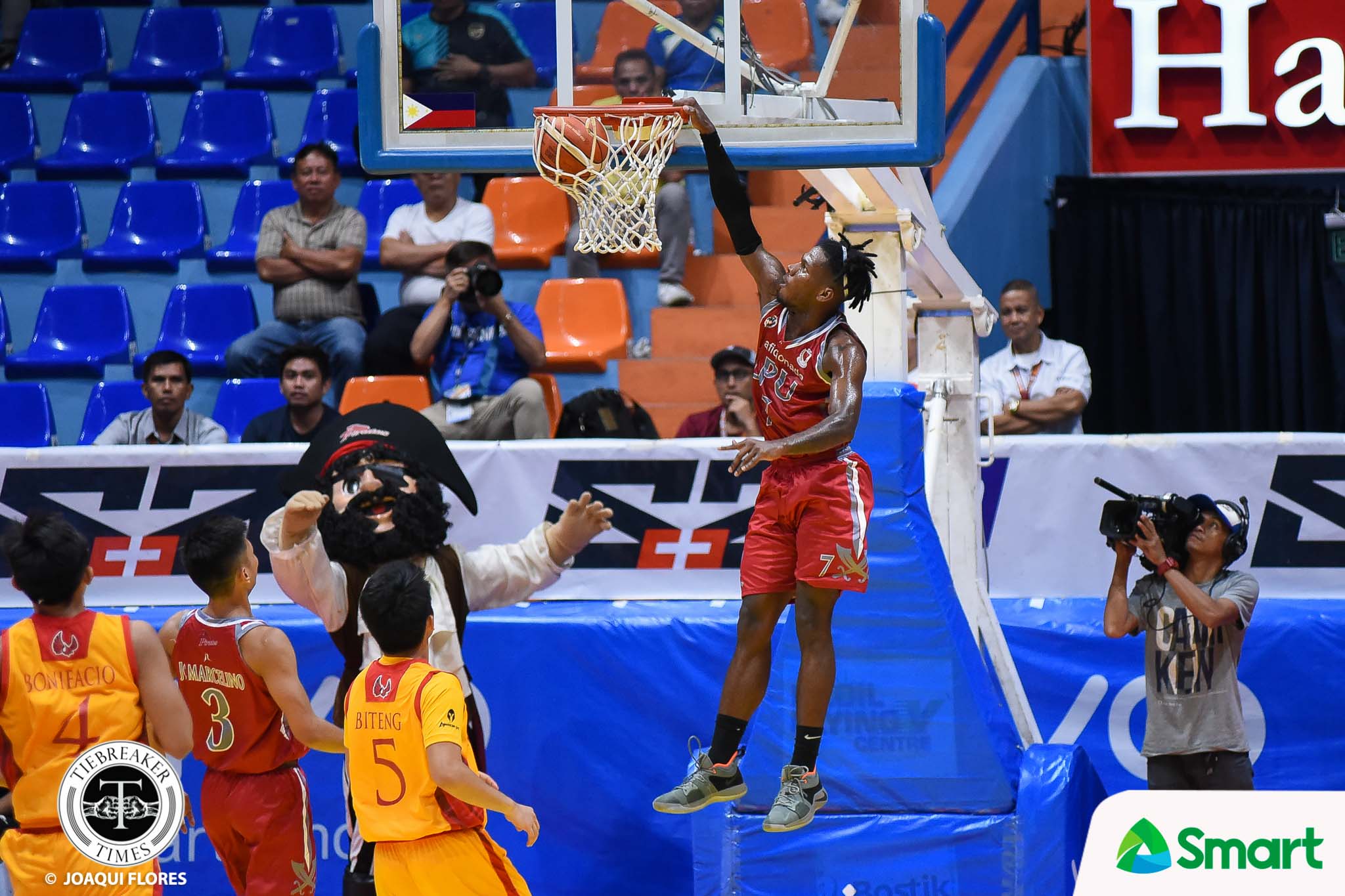 With their neighbors seeking a huge upset, Lyceum’s top two guys stepped up.

Behind CJ Perez and Mike Nzeusseu, the Lyceum of the Philippines University Pirates fended off their Intramuros neighbors Mapua University Cardinals, 94-81, Friday evening at the Filoil Flying V Centre.

This is Lyceum’s sixth win in as many games for the season, and their 23rd in the elimination round. Mapua, on the other hand, suffered their second straight defeat, falling below .500.

But the Pirates needed a wake-up call after figuring in a slow first half.

“We know that teams are not gonna take us lightly. Gone are the days when we’re a team that were not taking seriously,” shared Pirates head coach Topex Robinson. “We expect these games to be tighter. It’s gonna benefit us because we’re always gonna be on our toes.”

Responding to Robinson’s challenge, Perez and Nzeusseu took turns in the Pirates’ huge third quarter blast. The two stalwarts scored 10 points each to give Lyceum the lead for good.

“That’s the adjustment we made in the third quarter. We were more aggressive in attacking the basket,” added Robinson.

Laurenz Victoria and Eric Jabel tried to will Mapua back in the final frame, cutting the lead to as low as four points with 3:42 left. Lyceum answered right back with an 11-2 run – sparked by Reymar Caduyac, sustained by MJ Ayaay, and capped by a slam courtesy of Perez.

READ  Boyet Fernandez remains wary of Lyceum: 'With or without CJ, LPU is still a strong team'

Victoria had 20 markers to pace Mapua, while Jabel added 18 points.

Lyceum look to make it six in a row when they face the Perpetual Altas on Friday, August 3. Mapua, on the other hand, take on the surging Arellano Chiefs on Tuesday, July 31. Both games will be played at the Filoil Flying V Centre.