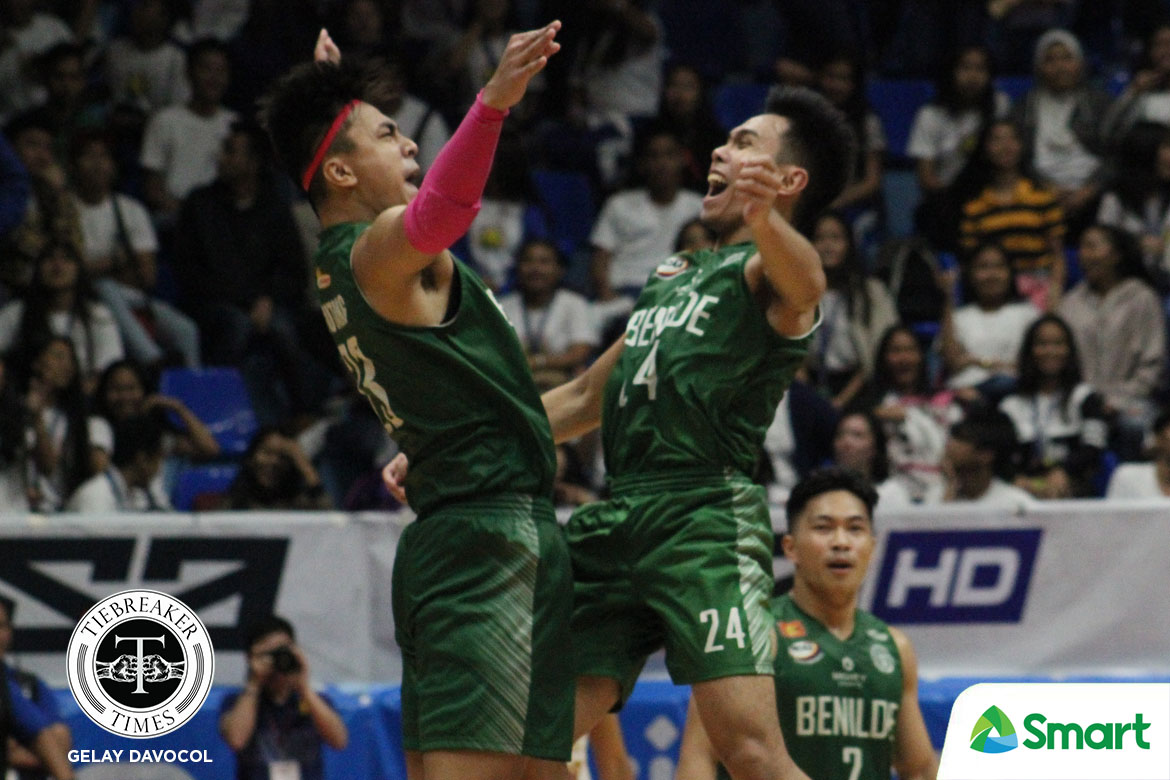 Just like two weeks ago, the College of Saint Benilde Blazers were able get the clutch stops to fend off the University of Perpetual Help System DALTA Altas, 91-87, Thursday afternoon at the Filoil Flying V Centre in San Juan City.

With the win, the Blazers were able to create a gap between them and the Altas. Saint Benilde are now two full games ahead of Perpetual Help in the NCAA Season 94 Seniors Basketball standings.

“This is a big win for us. It gave us a separation for the Final Four spot by at least two games. Good thing there ay di na namin makakalaban Perps,” said second-year Blazers head coach TY Tang.

Playing without JJ Domingo and Edward Dixon, Yankie Haruna and Saint Benilde’s backcourt stepped up to the plate.

“I guess if [we] want to get to playoffs, we need to win these kind of games, dikdikan. Given that we didn’t have Dixon, lost JJ before the game, we have to fight through it whatever happens, move on and get to the Final Four,” Tang added.

Even without Edgar Charcos, the Altas stormed back after being down by as much as 11 points in the contest.

With 1:14 left, Prince Eze was scored on an and-one to give Perpetual an 83-82 lead. Benilde answered back with a quick 4-0 sport to regain the advantage, but Jasper Cuevas was able to score on an acrobatic layup to keep Perpetual within striking range. Naboa delivered late to to fend off the last fight of the Altas.

“Everybody stepped up. It came to a point that Yanks and Justin [Gutang] had to defend Eze. I guess it all boils down on how we prepare in these kinds of situations, playing under pressure,” beamed Tang.

Gutang, who had a highlight-reel dunk over Jerome Pasia with 1:38 left in the first half, had an all-around game of 13 points, six rebounds, five assists, and three steals.