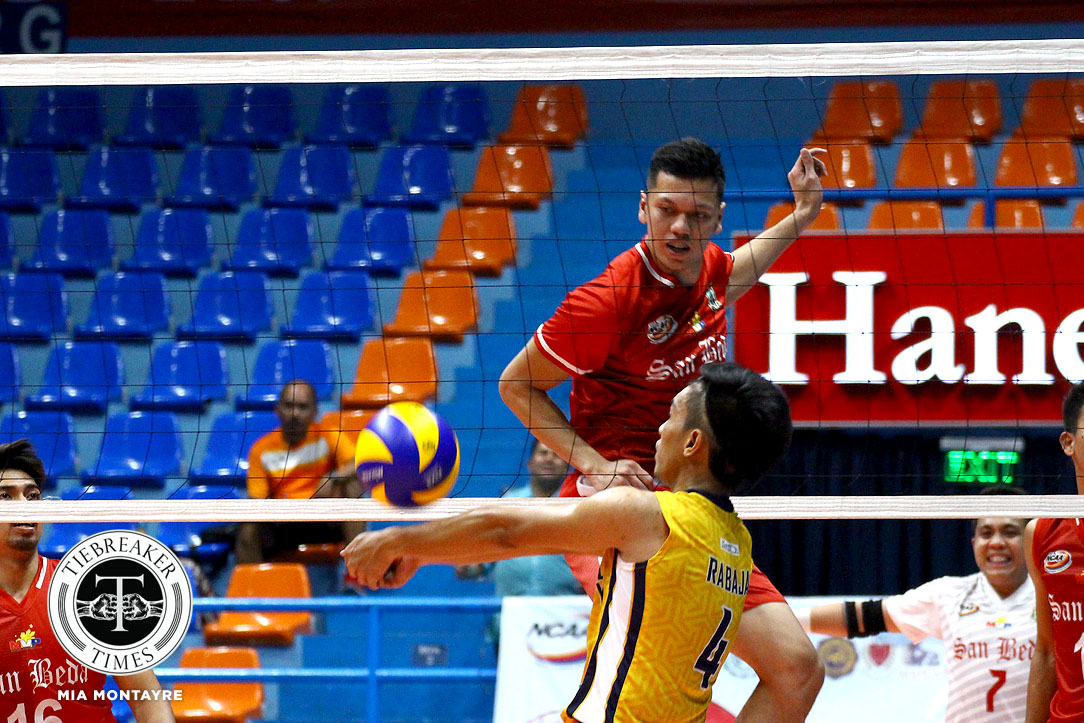 The San Beda College Red Spikers had to go through the ringer to ultimately subdue the San Sebastian College-Recoletos Golden Stags, 25-19, 26-28, 26-24, 25-13, Tuesday morning at the FilOil Flying V Centre.

Middle blocker Limuel Patenio paced the Mendiola-based squad with 22 points off 14 attacks, seven blocks, and an ace. Outside hitter Gerald Zabala made the most of his playing time this game at 13 markers, while Mark Enciso finished with 12.

Last year’s semifinalists started slow and committed most of their uncharacteristic 32 errors in the first three sets.

Team captain Lorenze Santos admitted that their loss against the Arellano University still haunted them up to this game. He said, “Yung pagkatalo namin sa Arellano, sobrang na-down kami.”

Nonetheless, when they turned it up a notch on the service line in the fourth, it was smooth sailing to the sixth win.

Dominating all the scoring skills made up for their lackluster play, as they led 54-45 on attacks, 11-4 on blocks, and six to three on serves.

San Beda (6-2) will try to lock that semifinals slot when they close the eliminations against the Emilio Aguinaldo College (3-4) on Friday. San Sebastian (2-6) will end their season against the semis-bound Arellano University (7-1) on Thursday.