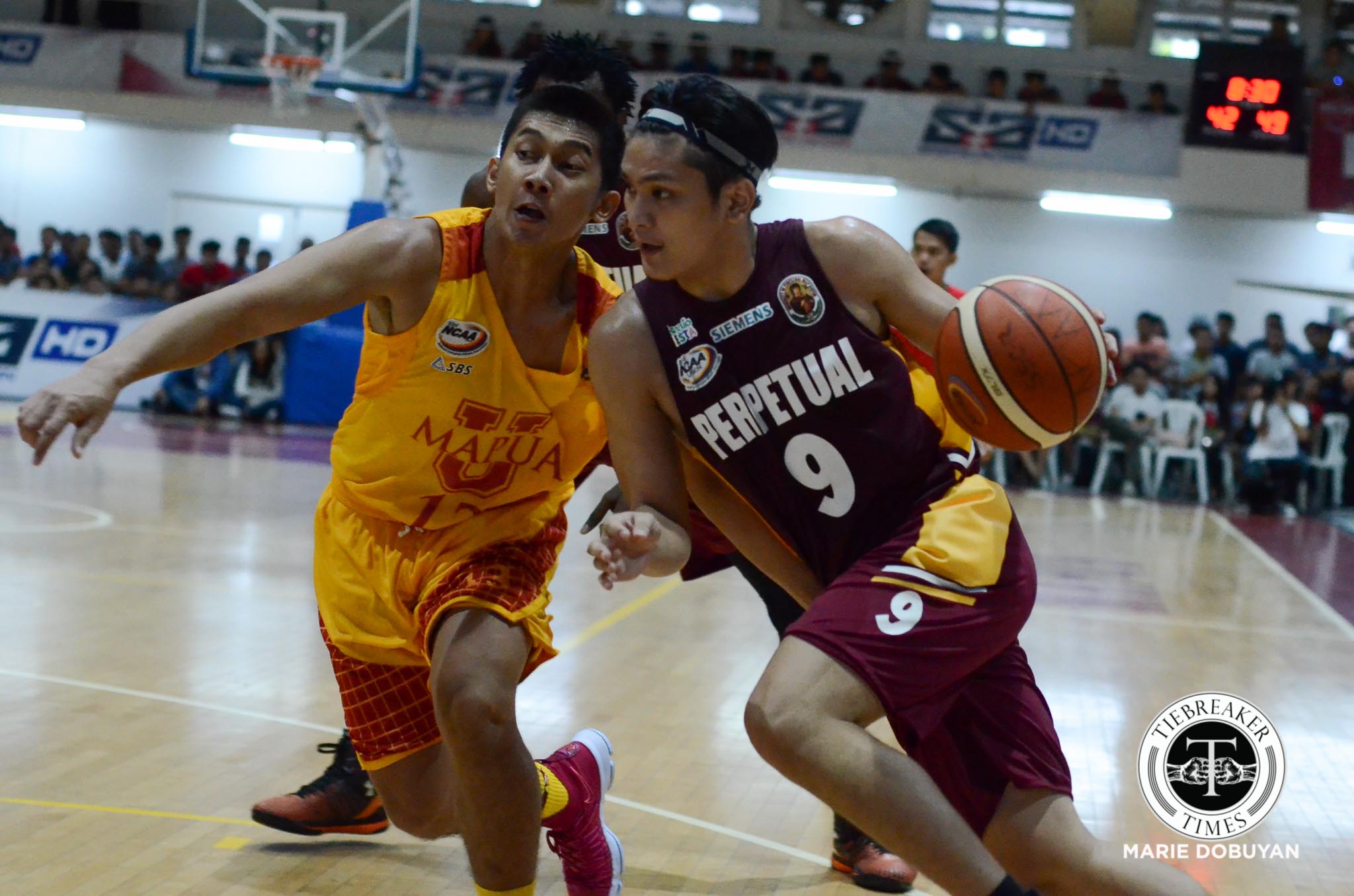 Traveling from Las Pinas to Intramuros, the University of Perpetual Help System DALTA Altas made sure to come back home with a win, weathering a late Mapua University Cardinal surge to take a thrilling 63-60 win, Thursday afternoon at the Mapua Gymnasium in Manila City.

And what a time for Perpetual to pick up the first win of the season as they did it in hostile territory.

However, it was the heroics of AJ Coronel and Keith Pido that stopped the Cardinals from defending their homecourt.

With Perpetual leading by as much as nine points in the final frame, the huge Mapuan crowd in the gallery inspired the Cardinals as the home team went on a 14-2 spurt to take a 54-51 lead with 4:17 left in the game. While the defense did its job, holding Perpetual to just one field goal for six minutes in the final frame, Almel Orquina willed Mapua on the other end.

The two teams then went on a back-and-forth exchange, much to the delight of the packed gym.

Needing a basket to silence the crowd, Coronel took matters into his own hands, slashing through the lane for the go-ahead basket to give Perpetual a 57-56 lead. A find by Pido to Coronel for a corner three extended the Altas’ lead while the former converted on two free throws to extend Perpetual’s lead to four.

Andoy Estrella though tried to make one last push, coverting on a floater. After a split on the stripe by Eze, Mapua had two chances to send the game into overtime but Estrella and Orquina missed potential game-tying baskets.

The overwhelming Mapua crowd might have helped Mapua as Perpetual went a horrid 14-for-29 from the foul stripe.

Leo Gabo paced Mapua with 12 points while Estrella and Orquina finished with 11 and 10 points respectively. Christian Bunag gobbled down 11 rebounds as well.

Perpetual looks to make it two in a row when they face the EAC Generals on Tuesday, July 25 at 12:00nn. Mapua, on the other hands, face the streaking Lyceum Pirates on Friday, July 28 at 2:00pm.