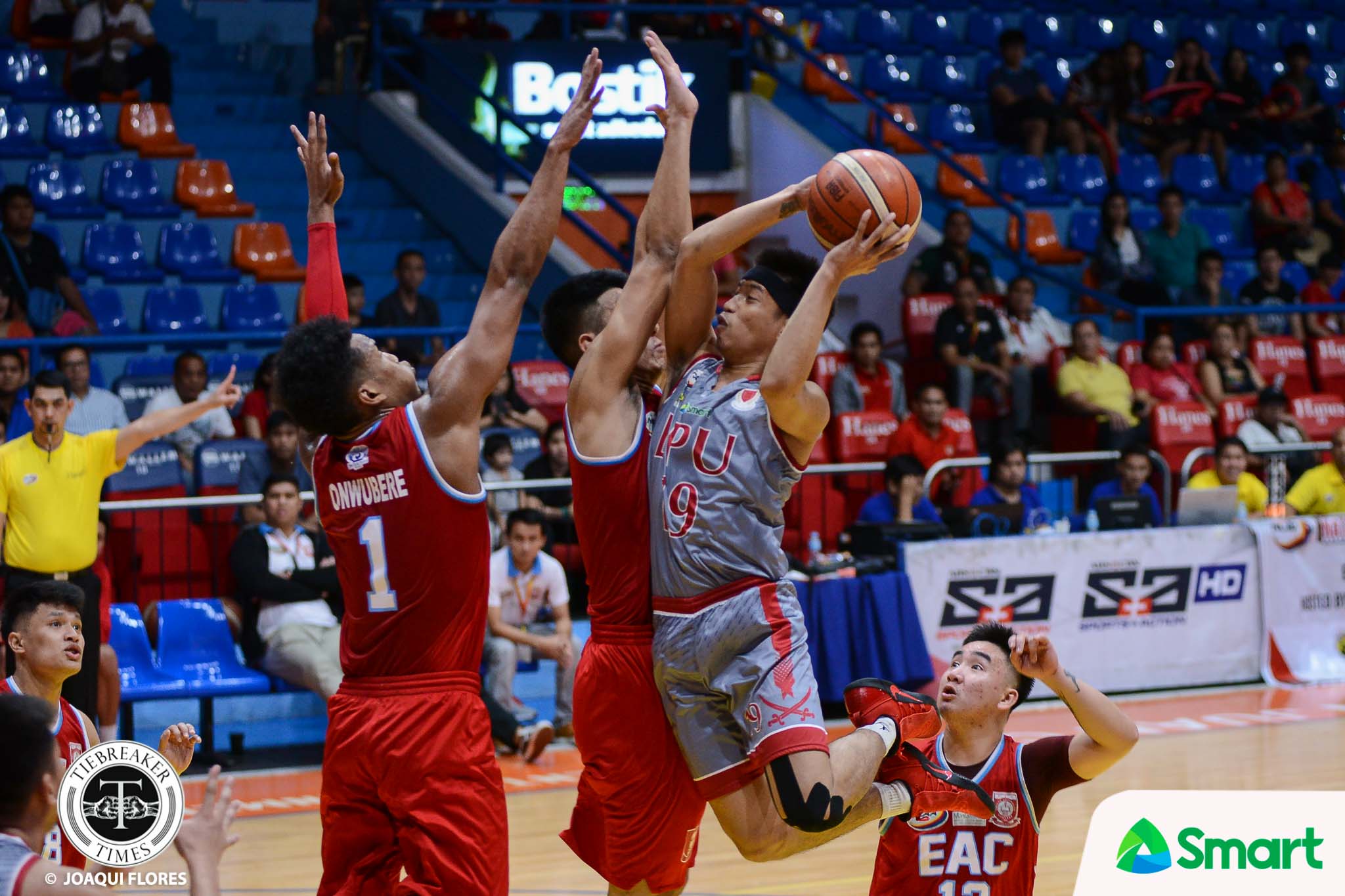 Twins Jayvee and Jaycee Marcelino provided the end game push the Lyceum of the Philippines University Pirates to their 14th straight win at the expense of the Emilio Aguinaldo College Generals, 86-74, Tuesday afternoon at the Filoil Flying V Centre in San Juan City.

And with just four games remaining, the Pirates — last season’s ninth placed team — can’t avoid the chatter of a possibility of a sweep. But third-year Lyceum head coach Topex Robinson is downplaying any hype, as the Pirates continue to take it one game at a time.

“It’s there, it’s in front of us. But again, the mindset that we really put in is all of the games that we’re gonna play is gonna be crucial,” shared Robinson.

“Kanina even though you think about sweeping the elims, it’s not a guarantee that you’re going to win a championship. There are a lot of flaws that we have to work on, and we have to keep on improving,” the 37-year-old tactician pointed out.

The flaws Robinson mentioned about were glaring to start the final frame of this contest.

Up by as many as 20 points, the Generals remained steadfast, chipping down the lead in the third frame. A 13-4 run to start the final frame that saw Jervin Guzman, Sidney Onwubere, and Jerome Garcia take advantage of Lyceum’s errors to slice the deficit down to just six points, 72-78, with 4:41 remaining.

“There was this one stretch that I just let them play. I want them to find a way to really get back,” disclosed Robinson. “You have to trust them na if they made a mistake, they have to figure them out on their own.”

Needing a strong finishing kick, the Marcelino twins stepped up to the plate, scoring the last 10 points of Lyceum while helping limit the Generals to just two in the final 4:41 of the game.

The Marcelino twins combined for 18 points, while Mike Nzeusseu hauled down 13 boards. Reymar Caduyac filled up the stat sheet as well with nine points, seven assists, and five steals.

The Generals fell to 6-8, still stuck in sixth in the standings. Moreover, the EAC faithful had a scare in the game as Jervin Guzman’s right knee landed awkwardly after a fastbreak attempt with 4:42 left. He was stretchered into the dugout.

Garcia paced EAC with 17 points and nine rebounds, while Onwubere finished with another double-double, scoring 15 points and grabbing 11 rebounds.

Lyceum look to extends their streak to 15 when they take on the San Sebastian Golden Stags on Friday, September 27, at 4:00pm. EAC, on the other hand, look to end their losing skid on the same day when they face the Letran Knights at 2:00pm.