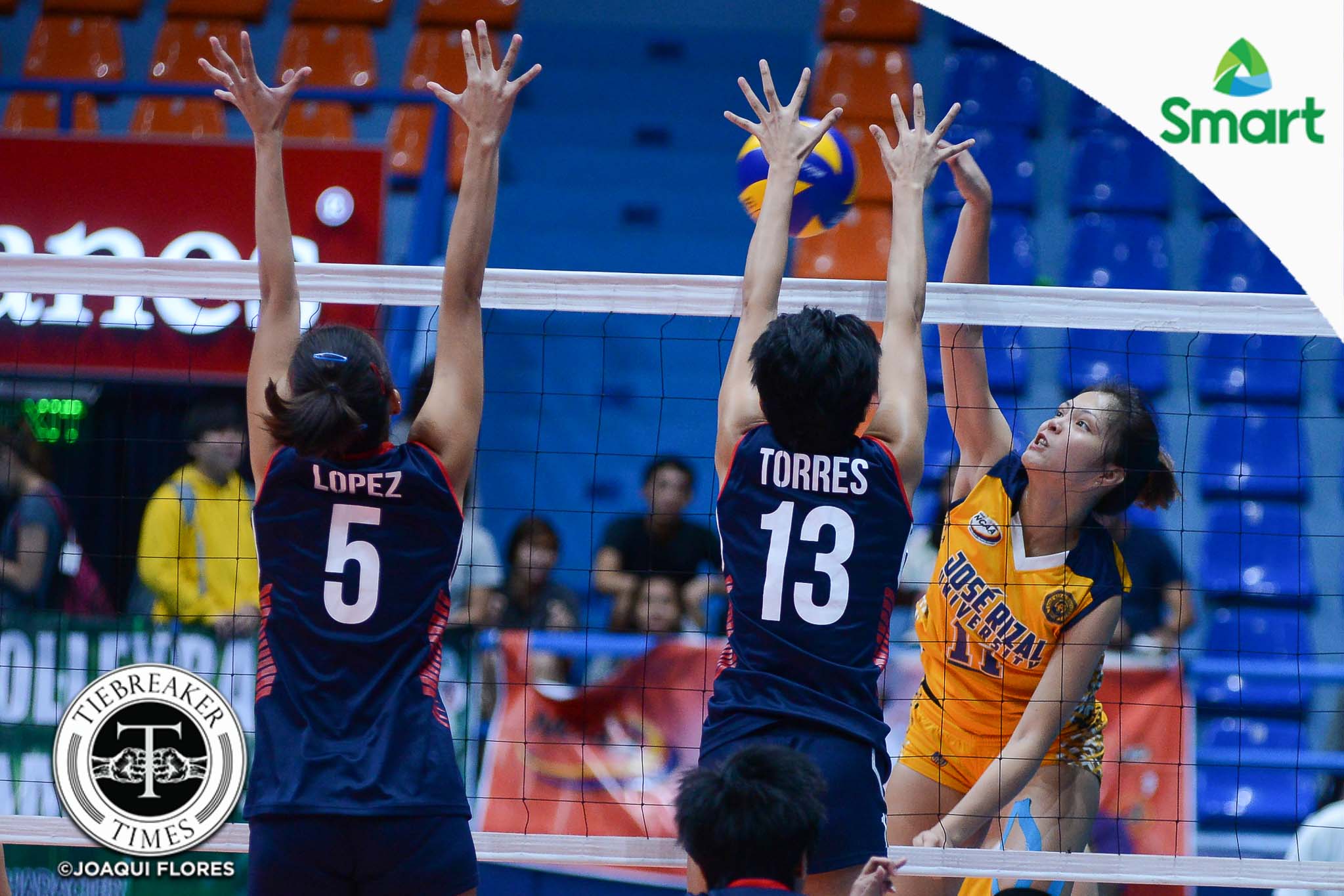 The Lady Bombers took the initiative in all of the sets in the match. Nonetheless, errors from their part and efficient middle plays from Letran led to the third-set loss.

Mikaela Lopez had a huge outing at the middle for the blue-shirts with 23 points, 19 off attacks and two each of blocks and serves.

JRU head coach Mia Tioseco stressed that there had been no additional motivation for her wards in the match. “Kung ano lang naman yung normal na pinapagawa ko sa kanila. They just have to be vigilant in doing them.”

The Lady Bombers (3-5) hope to address their closing-out woes as they end their season against the Perpetual Lady Altas (4-3) on Friday, January 20. On the other hand, the Lady Knights (1-7) close out theirs with a battle against the EAC Lady Generals (1-7) on Monday, January 23.