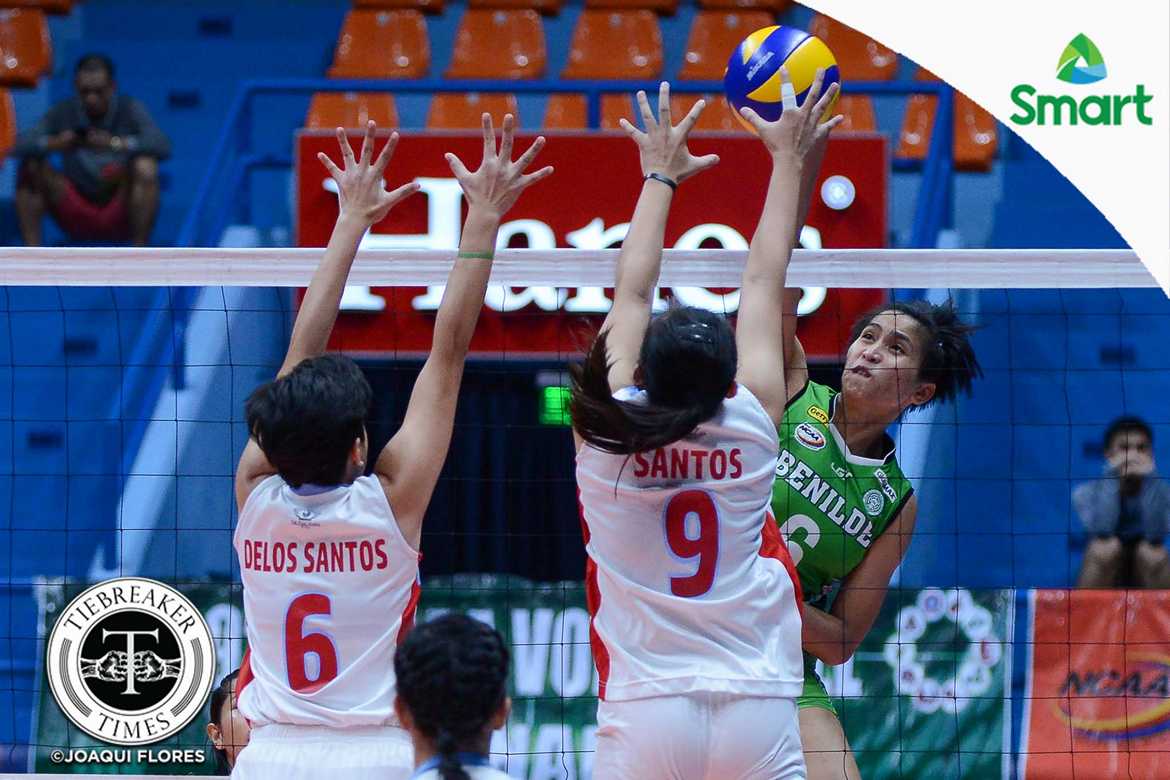 After suffering their first defeat of the season at the hands of the Lyceum Lady Pirates, the defending NCAA Women’s Volleyball champion College of Saint Benilde Lady Blazers unleashed their frustrations on the hapless Emilio Aguinaldo College Lady Generals, 25-10, 18-25, 25-7, 25-23, to return to the win column.

The Lady Generals stunned the reigning champions with their tenacity at the net, denying the latter easy kills.

This persistence paid off in the second set as the white-shirts pulled off a solid win. Team skipper Laideshein Magbanua poured in most of her 17 markers in the frame.

However, the Lady Blazers stamped their class in the first and third frames. The title-holders took advantage of the opponents’ faulty reception, especially in the third to take the 2-1 lead in the match.

Pinch server Janella Sulit closed out this third frame with three service aces and a loaded one leading to an EAC error.

The teams went neck and neck in the fourth frame, but small leads from the Blazers eventually set it up for a Panaga finish.

Panaga ended with 22 points to lead the reigning queens on 15 attacks, six blocks, and a service ace. Setter Pauline Cardiente had a great outing with 40 excellent sets.

The Lady Blazers (5-1) will battle with the San Beda Lady Red Spikers (4-2) in a crucial match for the race to the Final Four on January 5 next year.

The Lady Blazers are looking to grind it out during the Christmas break as they try to find that extra gear for the next stage of the tournament.

On the other hand, the win-less Lady Generals (0-6) will face semis contender Lyceum Lady Pirates (3-1) the day before that tiff.