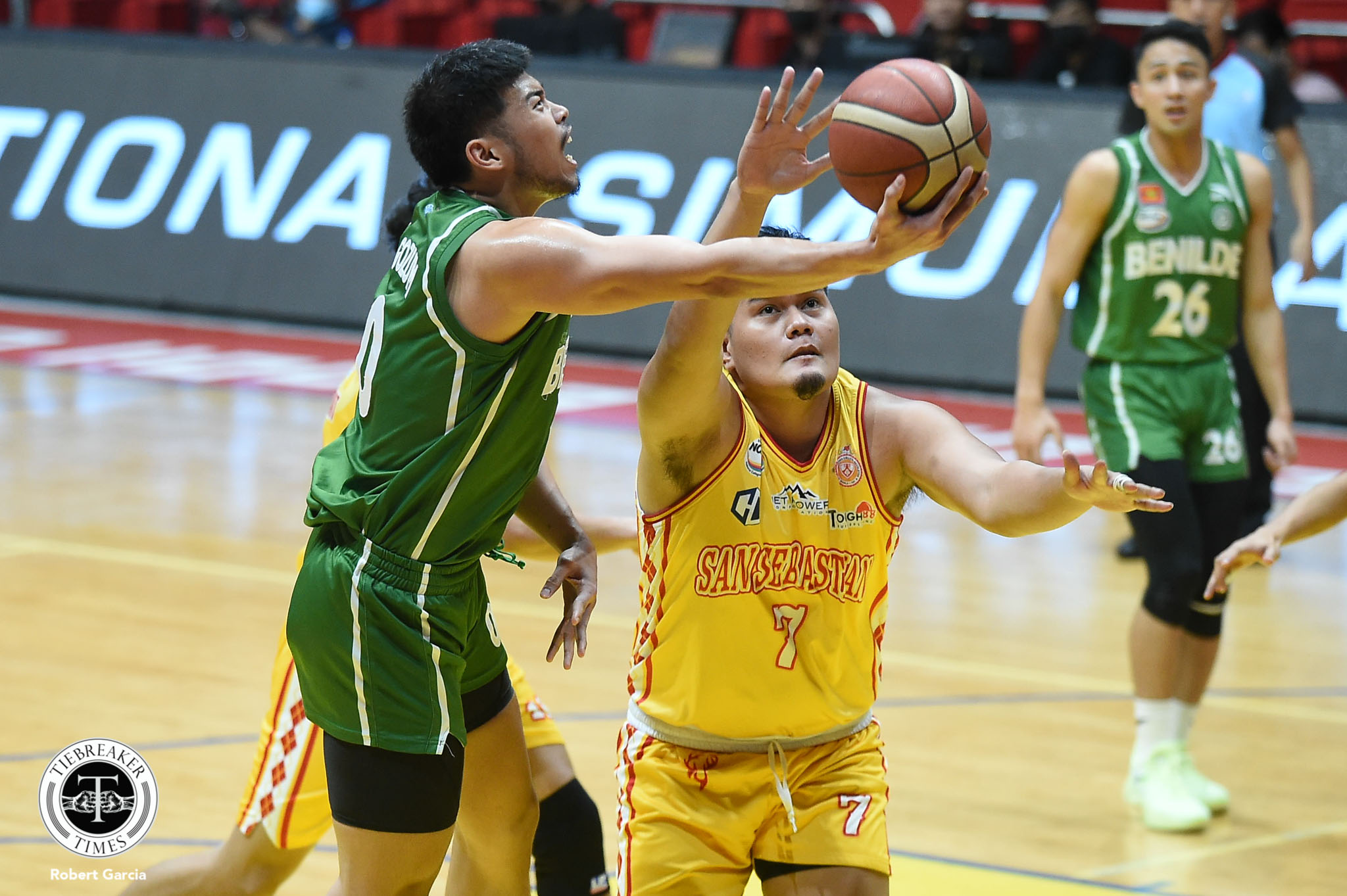 College of St. Benilde clinched a final four spot in the NCAA Seniors Basketball Tournament for the first time in two decades after eliminating San Sebastian College-Recoletos following an 83-78 victory in Season 98, on Tuesday at the FilOil EcoOil Centre in San Juan City.

The Blazers (11-4) join Colegio de San Juan de Letran and Lyceum of the Philippines University who have secured a playoff spot after breaching the 11-win mark.

St. Benilde’s win also guarantees San Beda University a spot in the semifinals. On the other hand, the Stags are now eliminated from contention for the four spot since they now have a 6-9 win-loss record.

Only down by four, 80-76 with 1:12 remaining, Migs Oczon knocked down a booming triple before the shot clock expired to boost their lead to seven, 83-76.

Coming off a timeout, Ichie Altamirano scored a deuce on the other end before the final minute mark, cutting the deficit to just five, 78-83.

St. Benilde missed on the other end, which gave San Sebastian room to work within the final 40-seconds of the game. Unfortunately for them, Jessie Sumoda missed his two triples led to the Stags’ elimination.

“It feels great, to be honest. It’s one of the goals we had this season, especially since not a lot of people expected us to be in the Final Four,” said CSB head coach Charles Tiu.

After trailing by as much as 13 in the opening period, 19-6, the Blazers were able to recover quickly. They sparked a 14-2 run capped by a Prince Carlos bucket to end the quarter, 20-21.

In the second quarter, San Sebastian head coach Egay Macaraya left the game early due to a disqualifying foul for continuous complaining.

Will Gozum had a monster performance for St. Benilde with 25 points, 10 rebounds, six assists, two steals and a number of highlight plays.

Joining Gozum is Miggy Corteza, who finished with 18 points on 64-percent shooting. Meanwhile, Prince Carlos and Migs Oczon had 14 and 10 respectively, with the former having six boards, a dime, and two steals; the latter added six rebounds, five assists, two steals, and a block.

Kenneth Villapando led the Stags with 10 points, 12 rebounds, and five assists. Altamirano and Rommel Calahat both had 11 a piece.

Next up for both teams are on Friday. St. Benilde will take on Lyceum of the Philippines University at 3:00 PM. Meanwhile, San Sebastian will be facing University of Perpetual Help System DALTA at 12:00 NN.