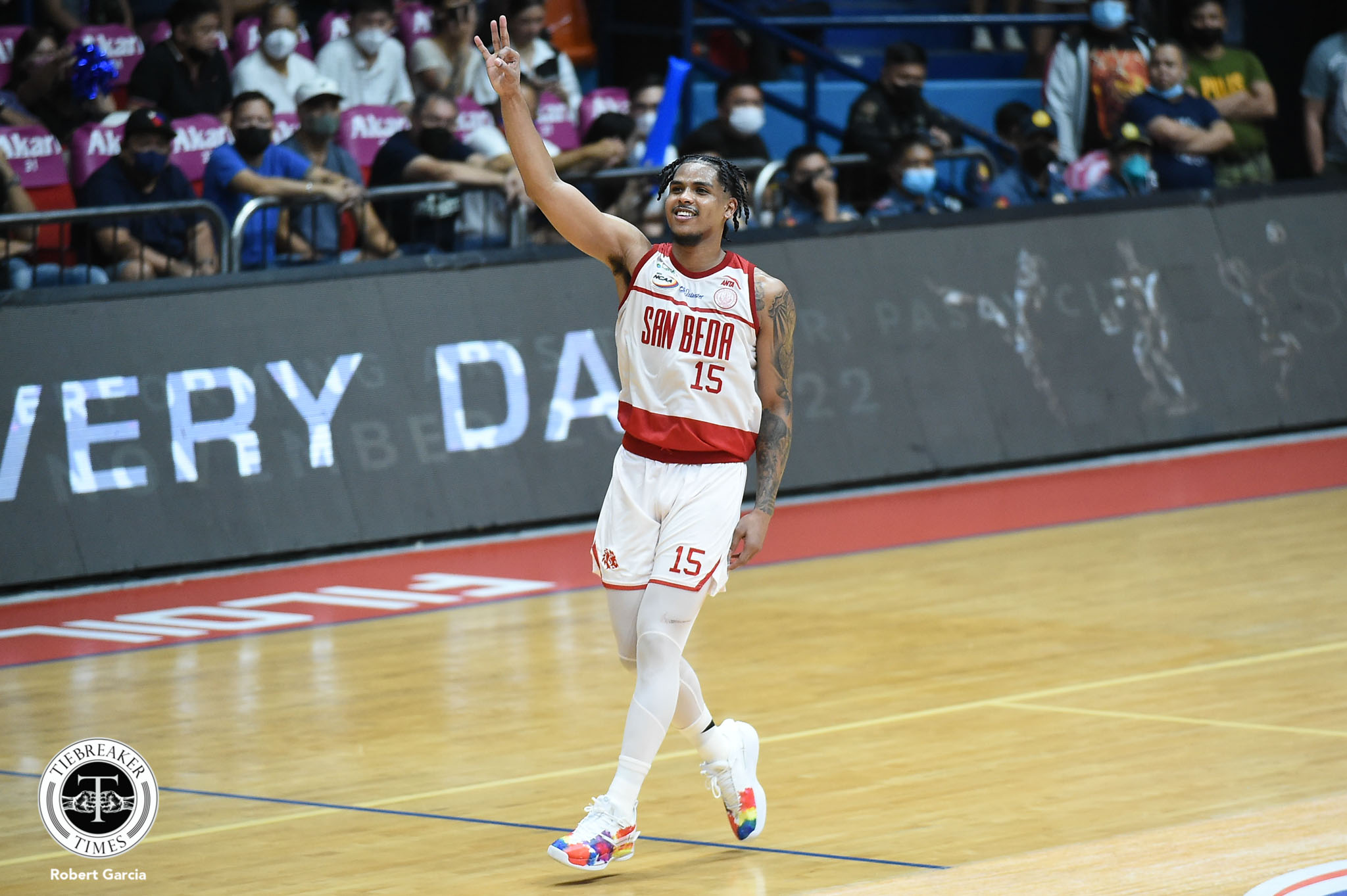 With the Knights trying to claw back from the ball game, Jacob Cortez knocked down a huge triple as the shot clock expired. That forced Letran to call timeout with 6:51 remaining, 77-61.

Gab Cometa brought back the Red Lions’ 20-point advantage with his own three-pointer, 87-67 with 3:32 left for the dagger.

“More than breaking the streak and beating Letran, it gives us a better chance sa playoffs, yung positioning namin. Yun lan naman sinabi ko sa kanila – one game at a time. But of course, playing against Letran brings out the best of the players,” said Red Lions head coach Yuri Escueta.

Before that, Damie Cuntapay opened the game for San Beda scoring the team’s first 11 points.

The Red Lions got its biggest lead in the game after a Cuntapay triple in the third, 59-37.

Letran answered with back-to-back triples that came from Neil Guarino and Kurt Reyson. But right before the third canto ended, Kurt Reyson and the Letran bench was called for a technical foul. The offense was continuous complaining about a foul called on the former after he was bumped by Tony Ynot on the loose ball play.

Reyson got his second technical right at the opening of the payoff period that led to his ejection and then Brent Paraiso received his fifth foul right before entering the halfway mark of the fourth.

James Kwekuteye led San Beda with 19 points on 5-of-16 shooting from the field with seven rebounds, and two assists. JB Bahio had a double-double of 10 markers, 12 boards, and four assists, while Cuntapay and Yukien Andrada added 16 and 15 respectively.

For Letran, King Caralipio led the Knights with 14 points and seven rebounds, while Reyson finished with 11 markers and four boards.

Both teams remained at their respective place in the standings with the Red Lions (11-5) at the four spot and then the Knights (12-4) at the top.

San Beda and Letran will be back on Saturday as the former will be facing Jose Rizal University at 3 PM, while the latter will take on Mapua University at 12 NN.