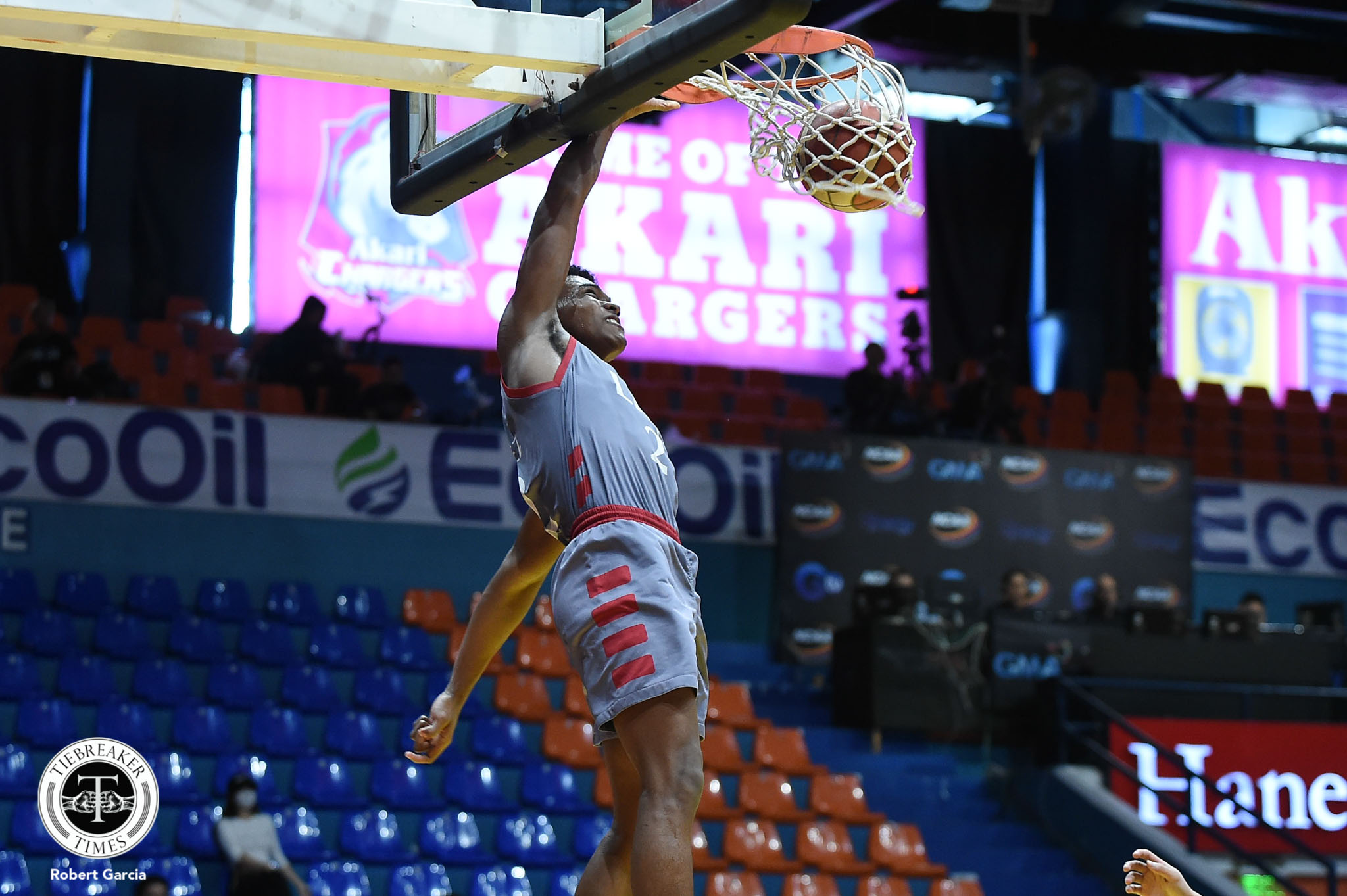 The Pirates raised their record to 12-5, virtually tying the idle College of Saint Benilde for the second.

The Heavy Bombers, meanwhile, lost their fourth consecutive game and dropped to 6-10, in seventh.

From there, Lyceum never looked back. It earned its biggest lead, 74-49, when King Vinoya made a basket off a Vince Cunanan assist with 6:16 left in the game.

“Last game namin on Friday… I think it will be a do-or-die game for us. ‘Cause I know Benilde and us want to be on the better spot and everybody wants it badly. So kumbaga, sino na lang ‘yung talagang gusto manalo, ‘yung mananalo on Friday,” said Pirates head coach Gilbert Malabanan.

The Pirates feasted in the paint, scoring 40 points on 69.0-percent shooting.

Vinoya fouled out in the fourth frame after tapping the hands of Joshua Guiab inside the paint during a rebound with 4:12 remaining in the game.

Mark Joson of the Heavy Bombers also fouled out at the 8:30 mark of the payoff period when he tried to block Valdez.

Valdez finished with a game-high of 21 points, on 8-for-8 two-point shooting and an 88.9-percent shooting clip. He also added seven rebounds, three assists, a steal, and a block.

There were only two double-digit scorers who led the Heavy Bombers – Jason Tan and Ry Dela Rosa with 12 and 11 points, respectively. The former got four rebounds, and three assists, while the latter added two rebounds and four assists.

Next up for Lyceum is College of St. Benilde on Friday at 3:00 PM. JRU, on the other hand, will bounce back against San Beda University on Saturday also at the same time.