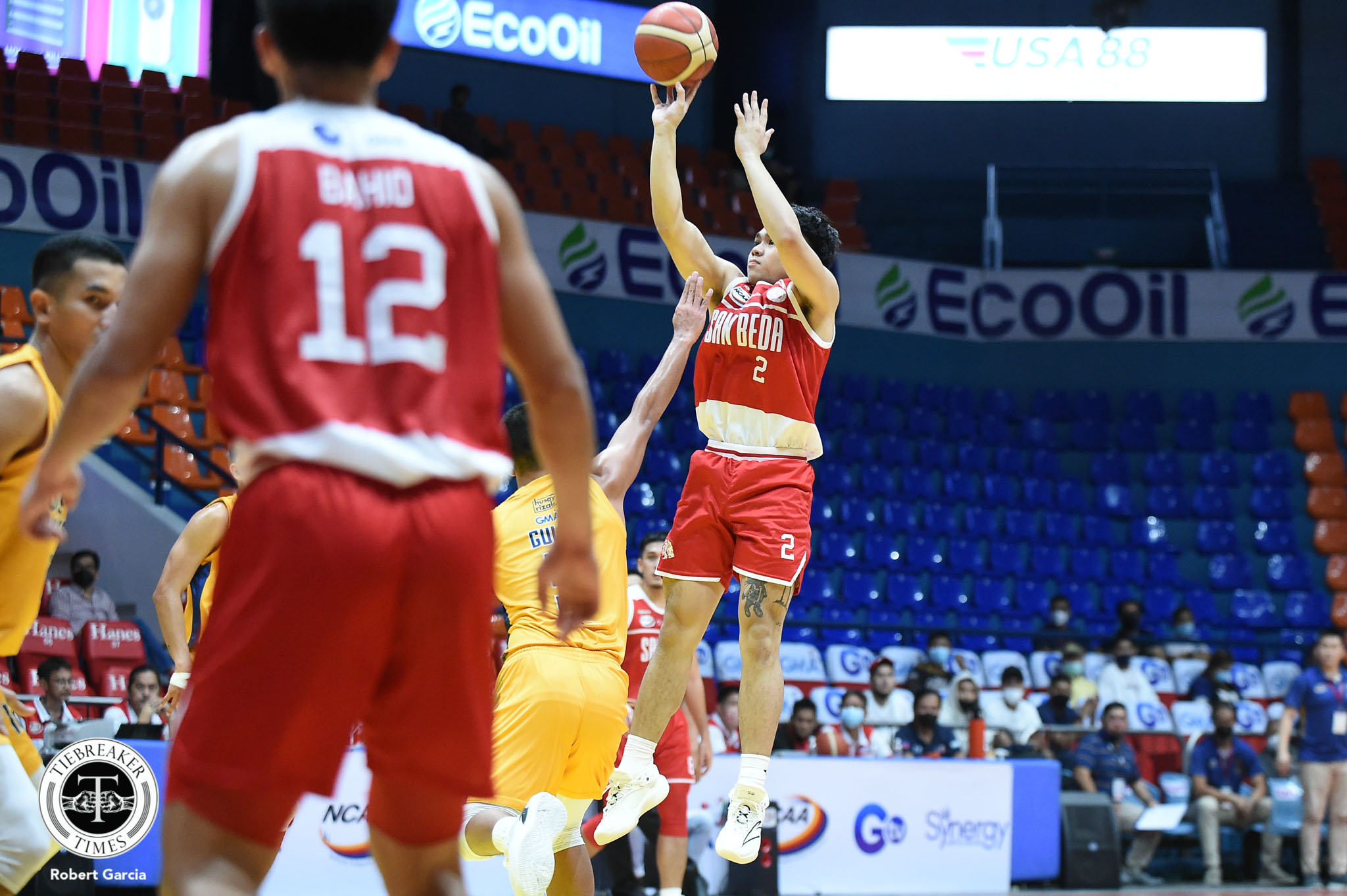 Cortez finished with 15 points on 5-of-9 shooting from the field, alongside four rebounds and two assists in 19-minutes of game time.

The Red Lions rose to third with a 12-5 win-loss record – just half a game behind top two Letran and Saint Benilde.

On the other hand, the Heavy Bombers suffered their sixth consecutive loss, falling to 6-11.

Down by three at the start of the fourth frame, JB Bahio converted a basket inside the paint to cut the deficit by one, 55-56, at the 9:31 mark.

Then a turnover ball from Cortez turned into a JRU fastbreak. Jonathan Medina answered back with a dunk to extend their lead to 58-55 at the 8:31 mark.

Ater that, though, the Red Lions limited the Heavy Bombers to only 2-of-14 shooting in the rest of the payoff period.

Marwin Dioniso kept alive his team’s hopes for a comeback as he drove a basket, 61-67, with 1:38 left. Unfortunately, though, that was the last of the Heavy Bombers scoring.

Peter Alfaro then sealed the lead by knocking down his own corner triple, 70-61, with 30.1 left in the contest.

“Well, I have to give it well to the JRU Heavy Bombers. Talagang when you thought they were out, and they didn’t have that last push and energy in them diba? [But] They still played hard. Ganon talaga sila ‘yung energy and effort nila grabe,” said head Red Lions head coach Yuri Escueta.

San Beda got its biggest lead with 12 in the second quarter, 33-21, off a James Kwuketeye three-pointer with 5:40 left in the clock.

But JRU clawed back in the third quarter as they led with much as nine, 53-44, by a Ry Dela Rosa triple from a JL Delos Santos assist.

William Sy exited the game at the 8:30 mark of the second quarter due to a cut on his eyebrow when Alex Visser unintentionally elbowed him.

James Kwuketeye was the second-highest scorer for the Red Lions with 12 points but with a cold 4-of-12 shooting clip, along with four rebounds, and a steal. Meanwhile, Alfaro notched 11 points and an assist.

Only two Heavy Bombers scored double digits. Agem Miranda led the way with 19 points on 7-for-19 shooting from the floor, to go with five rebounds, three assists, and three steals. Medina chimed in 12 points, five rebounds, two steals, an assist, and a block.

Tony Ynot did not suit up for the game due to back pain.

San Beda will look to clinch a top-two spot against College of Saint Benilde on Tuesday at 3:00 PM. On the other hand, JRU will look end their campaign on a high note against Colegio de San Juan de Letran on Wednesday.