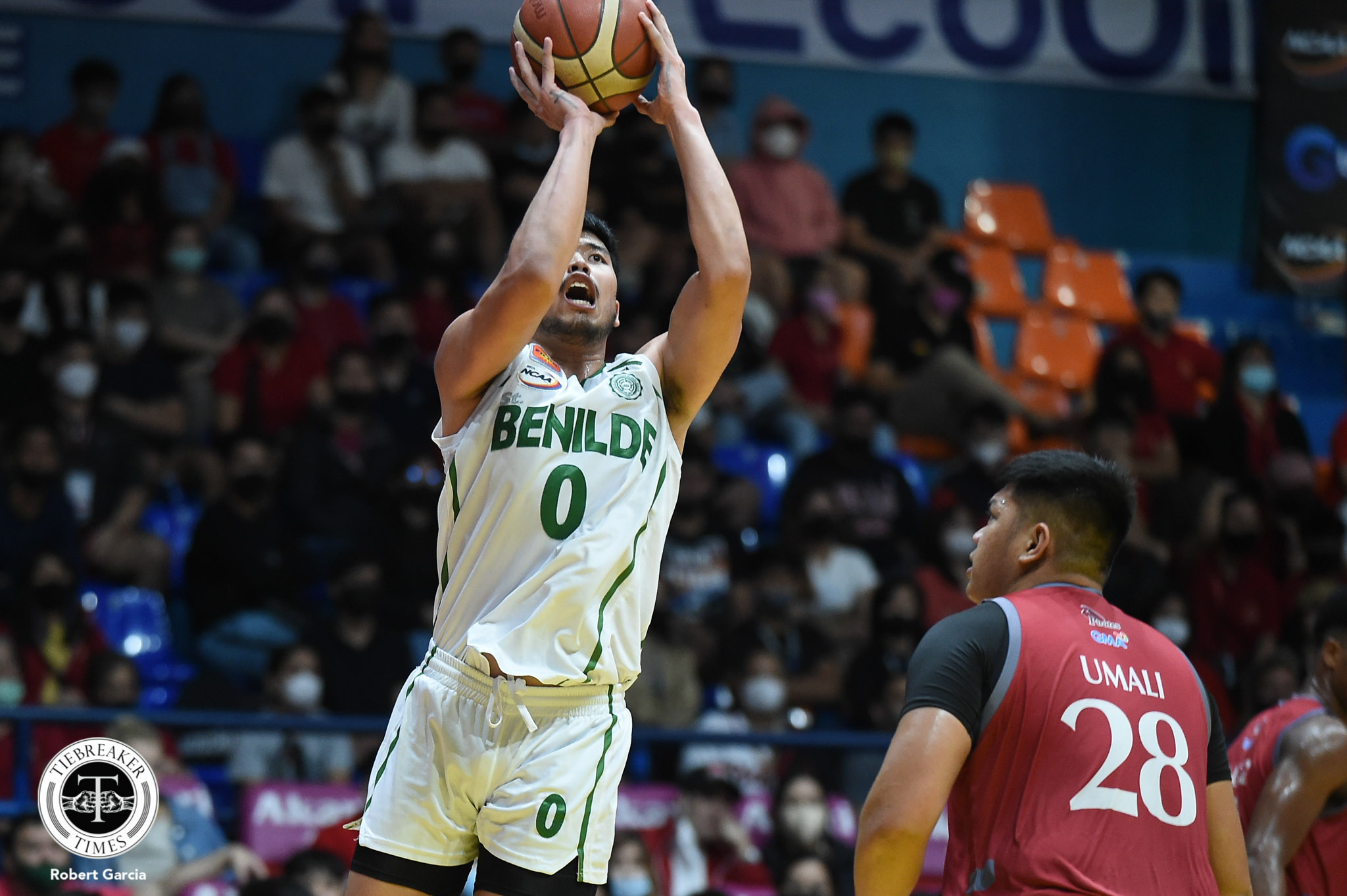 The Blazers improved to 12-4, solidifying their place at number two. On the other hand, the Pirates finished the eliminations with a 12-6 record.

Mclaude Guadaña then was fouled by Oczon and split his given freebies to bring the Pirates to 86-95. However, Enoch Valdez answered Guadaña’s miss with a putback to get as close as seven, 88-95, with 1:01 left in the game.

The Pirates had many chances to cut the lead with under a minute remaining, but none of their shots fell.

Oczon then sank his given freebies to extend the Blazers’ lead to a 98-88 advantage with 37.8 left in the contest.

“It’s a big win for us – they’re a good team. They’ve been the best team all season long. They play very fast pace, so it was not easy an game.

“I was actually happy for the most the way we played until the last five minutes of the fourth. It’s probably my fault, I tried to let some guys play maybe a bit too early. If we lost, I probably would fire myself,” said Blazers head coach Charles Tiu.

“But, I was just a bit disappointed with how the game ended. I wanted to give the guys a chance to give them an opportunity to play some meaningful minutes, and it was not a good ending for us. But, I’m still happy, we still pulled away with the win,” he added.

The Blazers’ lead grew to its biggest 24 points off a Corteza triple from the wing with 55.3 left in the third period.

Enzo Navarro then fouled out in the game with 50.9 left when he tried to steal the ball from an Oczon layup attempt.

It was a well-rounded performance for the Blazers since they had five players who finished in double digits. Gozum and Oczon both notched 18 points, with Gozum finishing a double-double on 9-of-12 shooting clip, alongside 11 rebounds and four assists. Meanwhile, Oczon added four rebounds, three assists, a steal, and a block.

Corteza produced 13 markers, three rebounds, an assist, and a steal. JC Cullar and Ladis Lepalam scored 11 and 10 points, respectively. The former also had two rebounds, four assists, and a steal, while the latter contributed seven rebounds and an assist.

Valdez paced the Pirates with 18 points on 7-of-14 shooting from the floor, to go with five rebounds and a steal. Shawn Umali registered 17 points, four rebounds, and five blocks.

Bravo flirted a double-double of 15 points, nine rebounds, an assist, and two blocks. Guadaña, on the other hand, chipped in 10 points, two rebounds, and two steals.