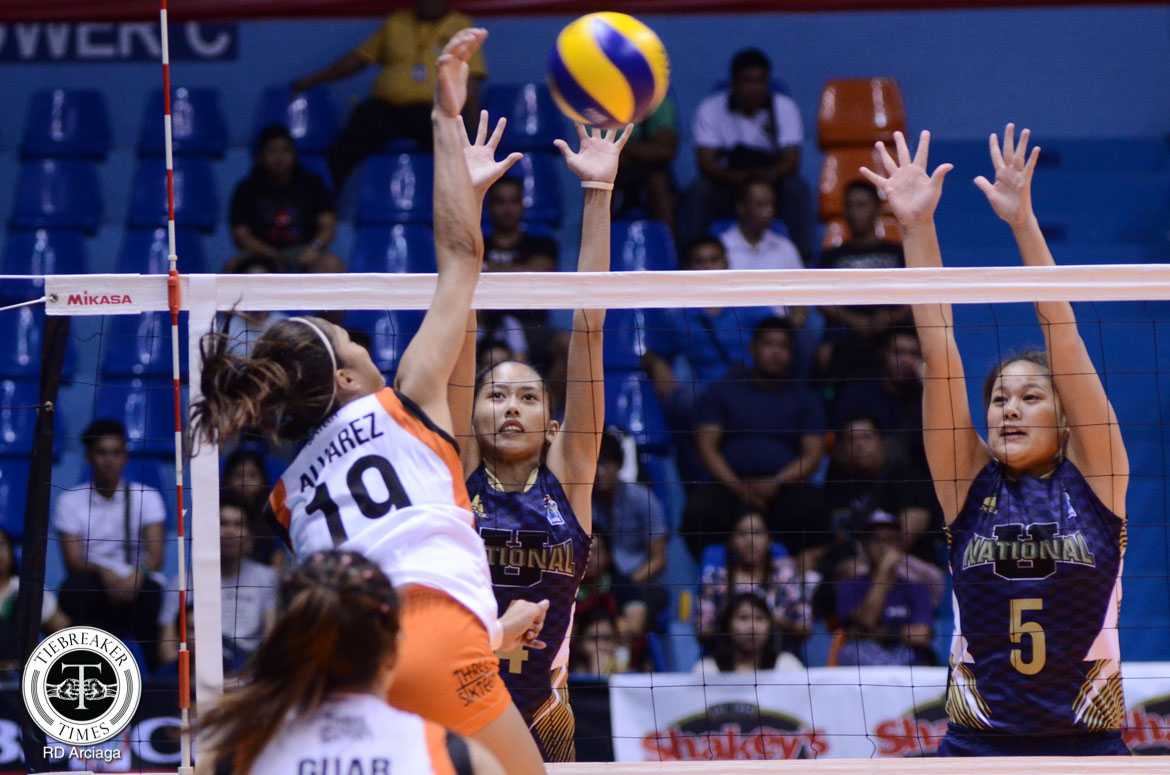 The National University Lady Bulldogs asserted dominance over the Iriga Oragons in straight sets, 25-15, 25-16, 25-18, in the Open Conference of Season 13 of the Shakey’s V League, Monday at the Filoil Flying V Arena.

The win brought NU back to .500 after a two-game skid in losses against Pocari Sweat and Bali Pure.

Coach Roger Gorayeb, however, said he was not affected by the slight slump.

The Lady Bulldogs led showed mastery of the Oragons, leading by 11 in total attacks, 35-24, and dominating in blocks, 7-1. They also had 12 total service aces.

Setter Jasmin Nabor, who entered the game at the second set, was the only player who scored in double digits from either team with 10.

For the Bulldogs, defense through the leadership of Jaja Santiago was key to the first set, where Iriga never grabbed hold of the lead even after tying the game 5-5 via an NU four touch error.

The third set was more of the same story highlighted by three solid hits by setter Nabor.

The Lady Bulldogs (2-2) will next face the Philippine Air Force (3-1) on Wednesday, June 15 in the Filoil Flying V Centre. Iriga City (1-3) next face the Pocari Sweat Lady Warriors (4-0) on Saturday, June 18 at the Blue Eagle Gym in Quezon City.