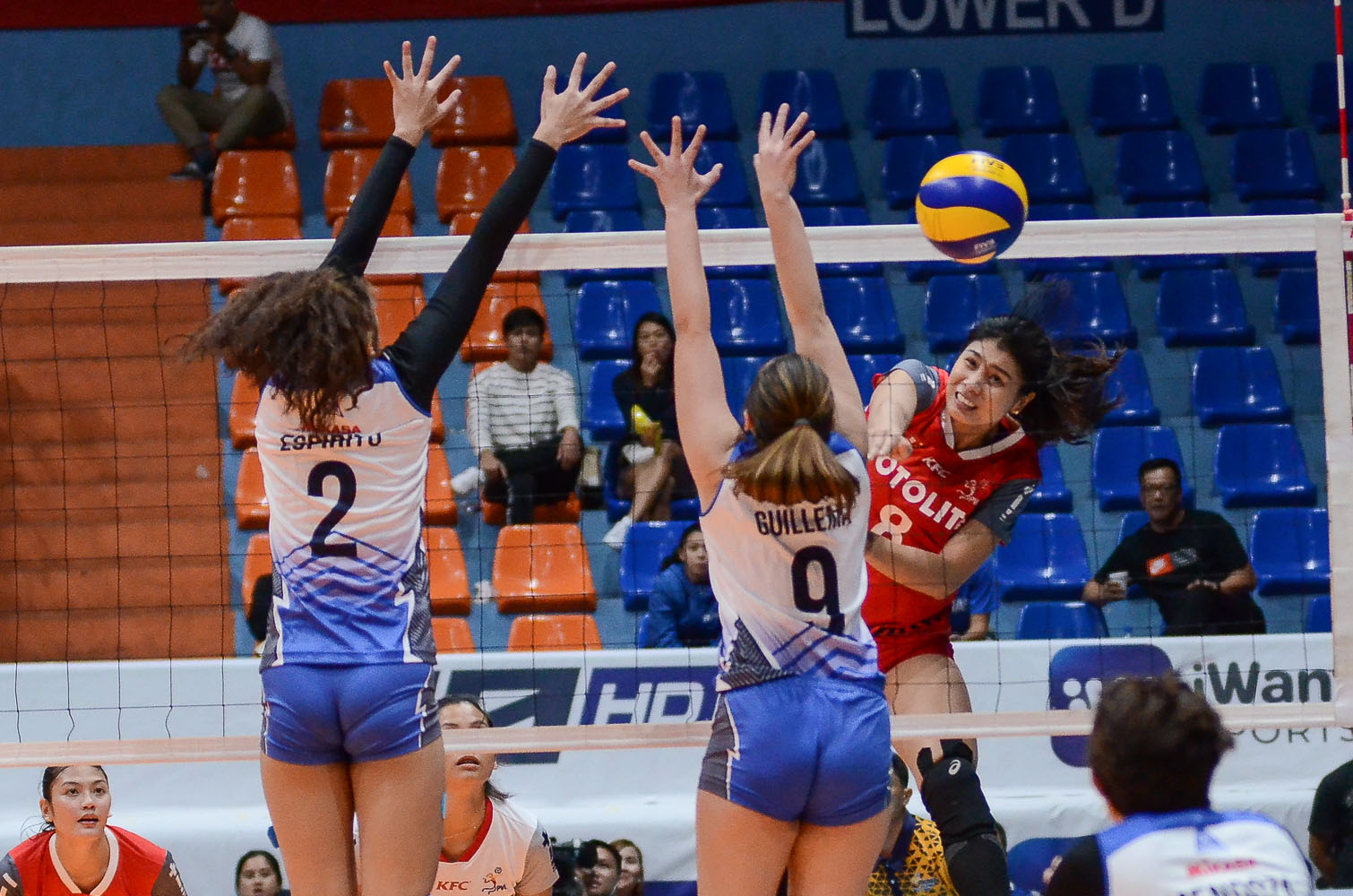 “It feels good to win two games in a row even though we still have to work on a few things,” Motolite head coach Godfrey Okumu said.

From a 17-all lock in the second set, Motolite unloaded six unanswered points that dropped the Water Defenders down a 17-23 hole. Tots Carlos committed an error from the service area that halted the surge, but the lead was high enough to snag a 2-0 set advantage.

Jumping to a 14-7 gap in the third frame, Motolite continued to step hard on the gas. They mounted a 21-12 spread after Iris Tolenada went on attack mode.

The Water Defenders then mustered a 7-2 spurt behind Grazielle Bombita to slice the deficit to four, 19-23. Myla Pablo took matters into her own hands, however, hammering down consecutive hits to put the game away.

“Sometimes we lead and then we let the opponents come and close in, and then we get the sense of urgency which is not necessary. BaliPure played well today,” Okumu added.

Team captain Pablo led all scorers with 12 points, all but a pair coming from attacks. She was also the lone twin-digit scorer for Motolite, who have tied Choco Mucho in third with an identical 2-1 card.

On the other hand, the Water Defenders – who just snapped their 12-game losing streak – slid to a 1-3 card.

Motolite shall face the Air Force Lady Jet Spikers on Wednesday. Meanwhile, Bali Pure will take on Chef’s Classics Lady Red Spikers on Saturday. Both matches will be played at the FilOil Arena.

‘Weird’ feeling for Eya Laure as she faced Cherry Rondina