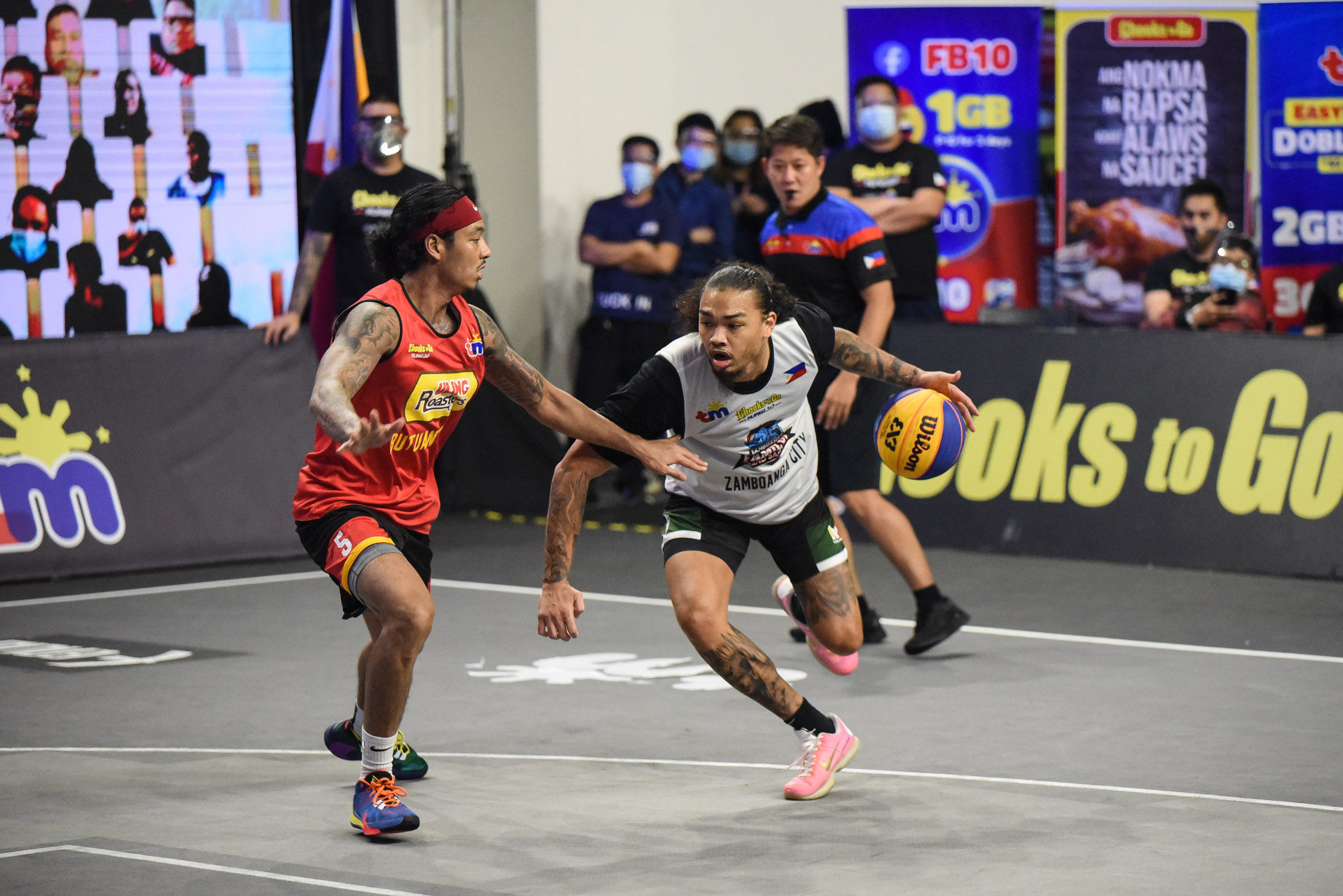 CALAMBA, LAGUNA — Joshua Munzon came through when it mattered most for Zamboanga City Chooks, firing four of the last seven points for Family’s Brand Sardines as they bested Butuan-Uling Roasters, 21-17, Wednesday in a classic championship game for Leg 1 of the 2020 Chooks-to-Go President’s Cup.

The Philippines’ top player and teammates Alvin Pasaol, Troy Rike, and Santi Santillan were pushed to the limit inside the INSPIRE Sports Academy by Butuan, which even led, 17-14, inside the last three minutes.

Munzon took over from there. His deuce detonated a 7-0 blast that powered Zamboanga City through the game against the Uling Roasters.

The 6-foot-2 Filipino-American also coolly converted his charity to wrap up their undefeated conquest of the first leg, which rewards them with P100,000.

“Again, it showed we can fight through adversity,” he said after totaling 12 points in the Finals of this tournament energized by hydration partner Gatorade. “We just stuck to our script. We took advantage of our advantages.”

While Munzon was taking time to get going, Pasaol kept the heavy favorites afloat and wound up with six markers.

Rike and Santillan chimed in two and one point, respectively, for Family’s Brand Sardines, who also reigned supreme in the preseason.

Even though they fell short, Butuan is P100,000 richer as well, since Bounty Agro Ventures, Inc. president Ronald Mascarinas pledged the amount to the opponent whenever Family’s Brand Sardines makes the Finals.

Franky Johnson only had three points, but overall, their runner-up performance is a big-time bounce back from a preseason that saw them eliminated in the quarterfinals.

Earlier, both Zamboanga City and Butuan swept their qualifying and playoff games.

Family’s Brand Sardines ended Porac’s resurgence and then extinguished Nueva Ecija’s fire in their match, 21-19, to the championship round while Uling Roasters blasted Bacolod and then bested Zamboanga Peninsula, 21-16.

Rounding out the top three for Leg 1 are the Rice Vanguards who continued opening eyes as they survived Juan Gomez de Liaños’s injury and Mac Sabellina’s ejection to top Pool D in the group stages.

In the quarterfinals, Gab Banal and Jai Reyes kept on willing their side until running into Zamboanga City once more.

De Chavez also pocketed an extra P10,000 after taking down the TM Two-Point Shootout, knocking down nine of the 10 balls with 18 seconds to spare.

The second leg of the FIBA 3×3-endorsed tournament kicks off on Friday still inside the ‘CalamBubble.’ 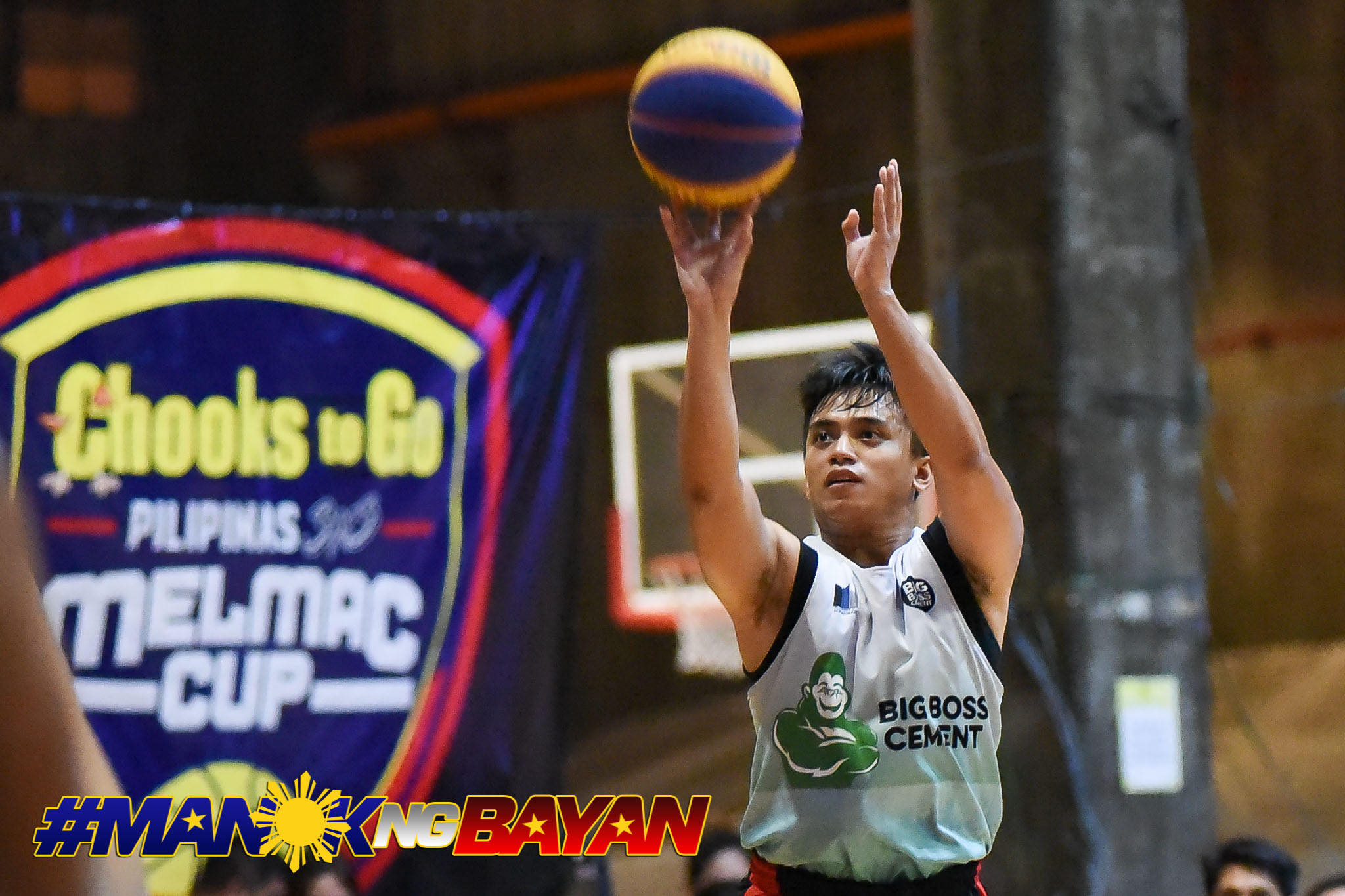 Big Boss Cement and two other companies have committed to joining the inaugural staging of PBA 3×3. League commissioner Willie Marcial and vice chairman...