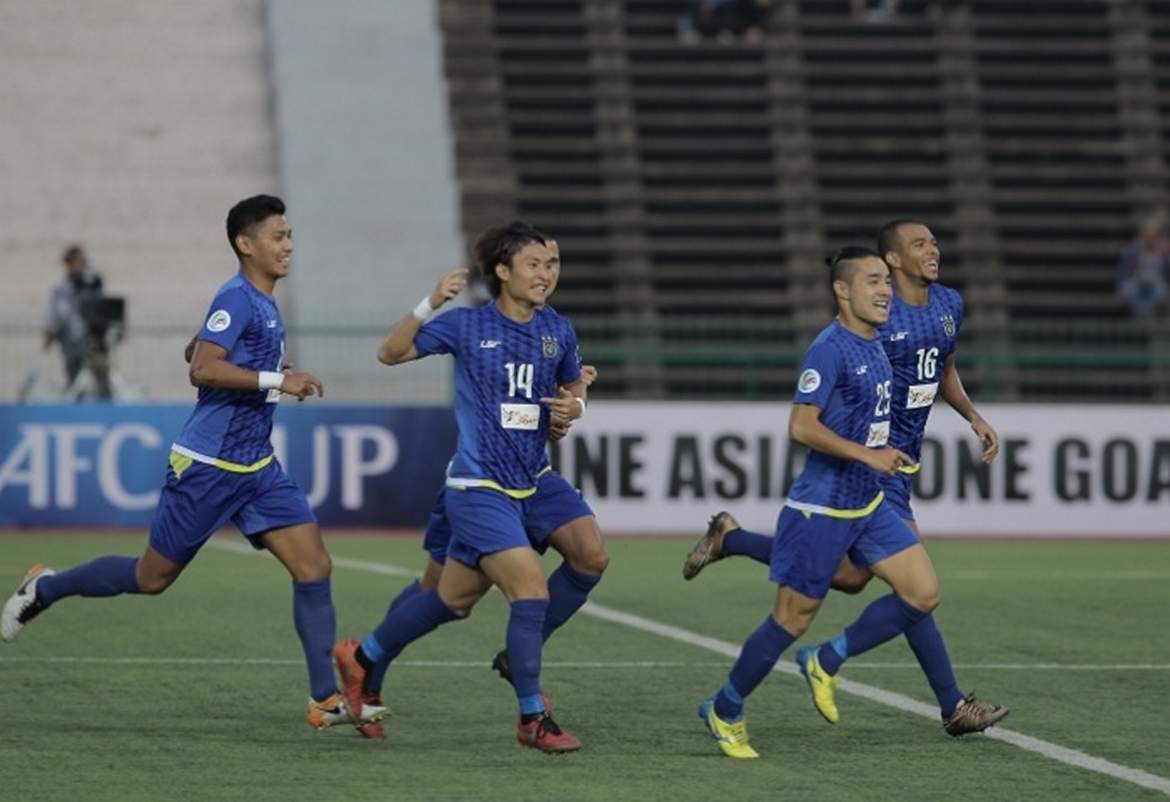 Global Football Club’s dream start in the 2017 AFC Cup continues with a 2-0 win against Boeung Ket Angkor of Cambodia.

Former Azkals midfielder Paul Mulders scored twice (5’, 65’ penalty) to give the Cebu-based club a priceless away victory at the Olympic Stadium in Phnom Penh.

Mulders signaled Global’s intent early on with a fine strike in the 5th minute. Global’s players probed the home side’s defense, and a ball deflected out by a Boeung Ket defender found its way to Mulders, who unleashed a wonderful strike to draw first blood.

Global pushed for more goals in the period with skipper Misagh Bahadoran and Hikaru Minegishi having their sniffs at goal. Despite their dominance, Global had to contend with an unsafe 1-0 lead at the break.

Come the restart, it was still Global who retained control. Boeung Ket goalie Sou Yaty was forced to make a routine stop against Minegishi to keep the score as it was. It took a while, but Global finally had another breakthrough when Shu Sasaki was fouled in the Boeung Ket box.

Mulders then stepped up in the 65th minute to take the penalty, and the Filipino-Dutch made no mistake as he directed the ball to the bottom left corner of the Boeung Ket goal. That goal killed the contest, as Global wound up 2-0 winners against Boeung Ket.

It was the second straight win for Global, and the result leaves them on top of Group F with six points.

Up next for Global is an away game against Malaysian powerhouse team Johor Darul Ta’zim. The game shall be played on March 14, 8:45 PM, at the Tan Sri Dato Haji Hassan Yunos Stadium in Johor Bahru.