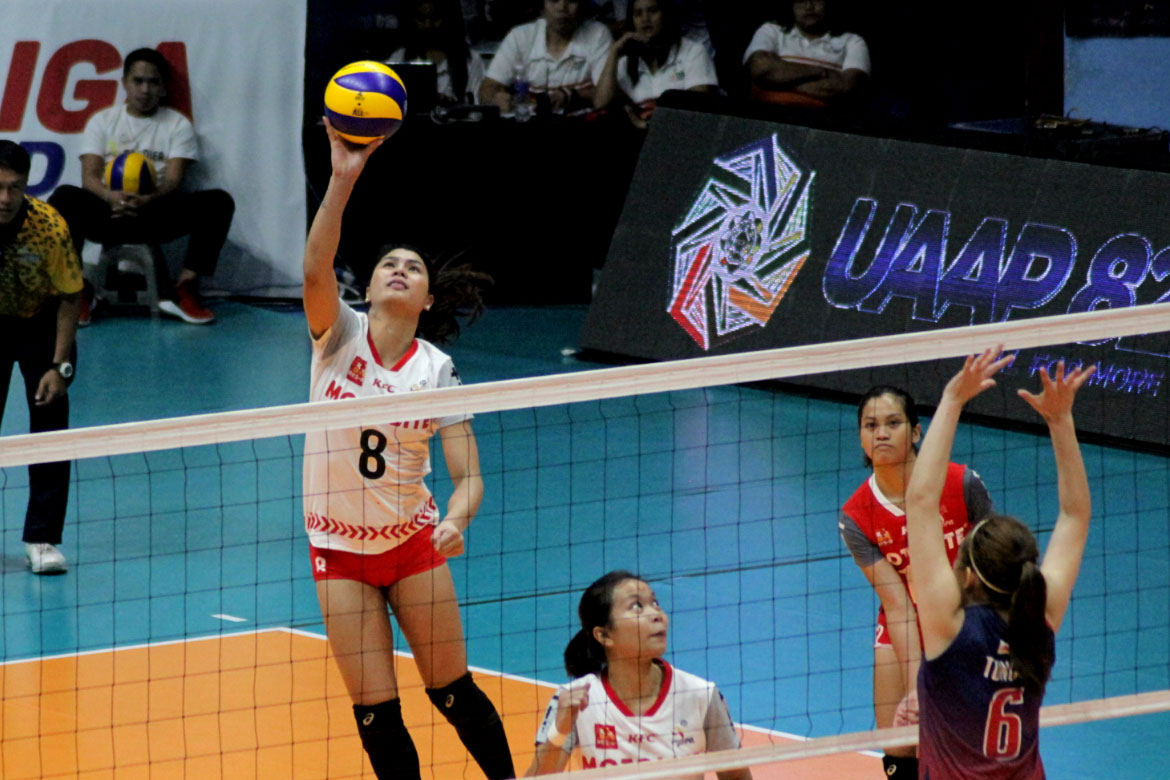 “Today’s game was not good. We won, yes, but we still slow in other things – the speed of the ball, our movement, we’re still working on that,” said Motolite head coach Godfrey Ukumu.

“Our opponents played well, they’ve given us at least something we can go and think about. But we still need to work hard,” he added.

After locking up the first and second sets with ease, Tots Carlos and Isa Molde connived to build an 8-4 cushion early in the final frame.

Ella Viray tried to will his team to the last push, converting two consecutive attacks to close the gap within two, 12-14.

However, it was all Motolite from there as the lead ballooned to as many as eight points.

Myla Pablo delivered the finishing blows to push Motolite to an even 1-1 record while dropping Chef’s Classics to 0-1.

Motolite — who was held to just four excellent sets in its previous outing — gathered 25 sets this game, 15 of which coming from Iris Tonelada who also gathered 12 digs.

On the other hand, Nieza Viray fired 10 markers for Chef’s Classics while Justine Tiu added eight.

Motolite will look to continue its run when they face Balipure on August 25, Sunday at 4:00 P.M. while Chef’s Classic will try and bounce back tomorrow against Creamline at 6:00 P.M.