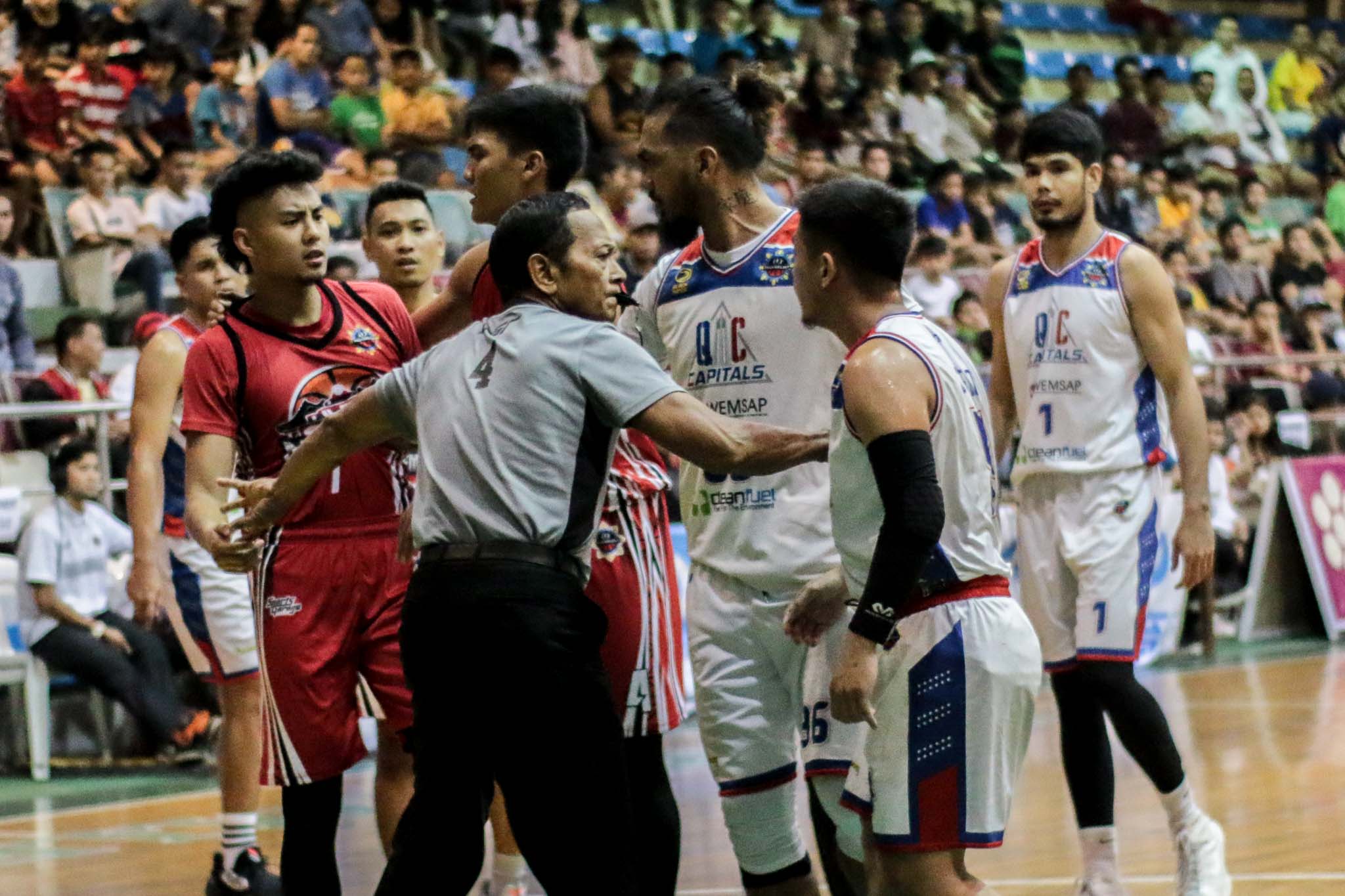 Mon Mabayo made the game-winning freebie as Quezon City-WEMSAP boosted its playoff chances after outlasting also-ran Marikina in overtime, 77-76, Wednesday in the 2019-20 Chooks-to-Go MPBL Lakan Season at the Olivarez College Gym in Parañaque City.

Mabayo went 1-of-2 in the charity stripe after he was fouled by Shoemaster Von Tambeling with nine ticks left in the game.

Tambeling then shot a triple from the right wing, but fell short of giving Quezon City its 10th win in 25 games.

Trailing 71-76 with 1:26 left in overtime, Capitals’ Clark Derige first made a three-pointer. Dahrrel Caranguian then converted a jumper with a lucky bounce to knot the game at 76-all with 49.2 ticks remaining.

Tambeling made the game-tying turnaround one-hander in the fourth frame with 45.5 seconds left to send the game to extra period.

Caranguian tallied 18 points, nine rebounds and five assists, while Clark Derige had a double-double of 15 markers and 12 boards .

Ato Ular registered 23 points, 11 rebounds and three steals for Marikina, who fell to 4-18 for the last spot in the North.