The local leg of the International Premiere Tennis League concluded in exciting fashion and to a packed home crowd for the Manila Mavericks. The night featured a surprise appearance in the legends category and the hotly anticipated Philippine debut of the women’s world no. 1 Serena Williams.

The Indian Aces went head-to-head against fellow undefeated UAE Royals, while the Manila Mavericks tested their luck against the Singapore Slammers.

The first match-up of the night was in the Women’s Singles category between world no. 5 Ana Ivanovic and world no. 68 Kristina Mladenovic.

Despite the difference in singles ranking, the 21-year old Mladenovic took control of the match early on. Ivanovic held serve for the first game but the combination of some superb hitting and well-placed drop shots from Mladenovic, together with a series of poor service games by Ivanovic, put the Frenchwoman up 5-1.

In the seventh game and down 30-40, Ivanovic called a “happiness power point” and successfully broke the Mladenovic serve to serve set point.

Ivanovic rallied in the following games and narrowed the lead to 5-4 with an ace. She continued her resurgence in the tenth game but was broken at deuce by Mladenovic.

For the mixed doubles affair, tandem Rohan Bopanna and Sania Mirza of the Indian Aces were up against the duo of Kristina Mladenovic and Nenad Zimonjic of the UAE Royals.

The two teams both held serve on the first two games but it was the comfortable chemistry of the Aces Bopanna/Mirza that quickly built a comfortable lead 5 sets to 1.

On the seventh game and down 15-40, Mladenovic/Zimonjic called on a “happiness power point” to level at deuce. The Royals went on to save set point and by virtue of a long Bopanna forehand narrowed the lead again in the following game.

At 5-3, however, it was the Aces who took control of the match once more. They held serve and closed out the set.

The third set of the night featured another doubles match-up but this time in the Men’s category. Earlier players Bopanna and Zimonjic teamed up with Gael Monfils and Marin Cilic, respectively, and it was Bopanna/Monfils who were quick to pounce on some key Cilic errors. The Indian Aces raced up to lead 3 games to 1.

In the fifth game, Cilic/Zimonjic tried to counter their opponents’ advance but were stopped in part thanks to some excellent serving by Bopanna.

Bopanna/Monfils continued to dictate the pace of tennis and were playing for the set as soon as the eighth game. Cilic/Zimonjic staved off the set point for two more games but finally succumbed to the Aces at 40-0 in the tenth.

In the second singles match-up of the night, Gael Monfils was up against US Open Champion Marin Cilic.

Cilic was first to serve but was broken by Monfils in the first game. Monfils subsequently held serve and was up 2-0 before Cilic pulled one over Monfils. A few points into the third game, the UAE Royals called a timeout and decided to replace Cilic with 76th in the world Malek Jaziri.

It was Jaziri’s first match in front of the Manila crowd but he made an immediate impact in the set by winning the fourth game with his sharp returns against Monfils.

It was neck and neck with each player holding serve throughout the fifth and sixth games. At 4-3, Monfils again showcased some of his high-flying acrobatics by diving to reach a volley.

At 5-3 and after a particularly tight volley exchange between the two, it was Jaziri’s turn for some acrobatics. Jaziri back-pedalled, lowered his center of gravity, and rolled backwards to get back up on his feet, ready to pounce to the net.

Monfils sensed the orientation of the Tunisian to one side of the court, however, and the Frenchman directed his lob to opposite Jaziri.

Monfils pulled away yet again in the ninth game, 40-0, to score another set win for the Aces. They were now up 3 sets to the Royals’ 1.

For the last set of the series, former Wimbledon Champion Goran Ivanisevic was up against wily Frenchman Fabrice Santoro.

Santoro raced to a 2-0 lead before Ivanisevic finally asserted his fearsome serve to level it at 2-2. The pair were neck and neck until the eighth game before Santoro pulled away to 5-4. It was Santoro again in the tenth game when he broke the Ivanisevic serve and consolidated the Aces’ victory.

The Indian Aces came away with their 3rd consecutive victory in as many days. It was 4 sets to 1 with 28 points in favor of the Aces to the UAE Royals’ 22.

Since Carlos Moya was injured in a match-up with Santoro a day earlier, it was unclear to the packed arena who would replace the Spaniard in the Mavericks lineup. It was only when the names of the Mavericks were being announced that Mark Philippousis, the surprise of the night, made himself known.

The Australian was matched with compatriot Pat Rafter to start off the match for the Past Champions Singles.

Philippousis started the match strong and it was obvious from the get-go that he still had the fierce serve he was known for in his heyday. Philippousis was first to hold serve followed by Rafter.

The two were tied 2-2 when Philippousis started to take control of the set.

As much as the serve-and-volleyer tried, Rafter was overwhelmed by Philippousis’ groundstrokes and the set closed at 6-2, in favor of the Moya substitute.

The second set was the men’s doubles match-up between Mavericks Huey and Tsonga against Slammers Berdych and Hewitt.

Berdych/Hewitt raced to 2-0 and it was Huey/Tsonga who had to catch up to the Slammers.

In the third game, excellent net play by Tsonga finally leveled the games at 2 apiece.

Tsonga fired a couple of aces in the fourth set and the Mavericks were quickly up 3-2 against the Slammers. Two games later, the Aces overtook the lead 4-3 before they decided to substitute Hewitt for Nick Kyrgios.

Kyrgios tried to use his serve against the Mavericks but it wasn’t enough to stop the onslaught of Huey/Tsonga winners.

Berdych leveled the match in the tenth and a shoot-out proceeded between the two teams.

It was a close tiebreak with lots of exciting exchanges. Down 7-5, the Berdych/Kyrgios tandem ran out of time to catch up to the resilient Mavericks.

For the third set of the match-up, Andy Murray paired with Kirsten Flipkens to go head-to-head with Lleyton Hewitt and Serena Williams.

It was Williams’ first time to play a set in the competition and it was obvious she needed time to adjust not only to the court but also to her partner Hewitt.

Murray/Flipkens easily built a comfortable lead 5 sets to love, and it was only in the sixth game that Hewitt/Williams were able to pull one over the Mavericks.

The one game consolation saved the Slammers from the dreaded bagel but only delayed the inevitable Murray/Flipkens win.

Williams and Flipkens stayed over from Mixed Doubles to play each other in the Women’s Singles set.

Williams was quick to put the earlier lopsided loss behind her as she asserted her strong serve in the singles match-up.

Down 2-0, Flipkens retaliated with a couple of forehand winners to make it a more competitive 2-1, but it was Williams again in the fourth and fifth games even as the American was by now struggling with her serve.

Flipkens won the next few points and was up 40-0 to get to a closer 3 sets to Williams’ lead of 4, but Williams broke the Flipkens serve in the eighth game and served for the set in the ninth.

At 15-40, a Flipkens “happiness power point” leveled the match to deuce. Williams brushed it off, however, and powered through her first and only singles match in Manila.

For the last set of the evening, Andy Murray was up against Nick Kyrgios.

Murray started the match-up horribly as he double faulted on the first point and was subsequently broken by Kyrgios in the first game.

Murray broke back in the next to level it at 1-1. The pair exchanged breaks of serve throughout the set and leveled it at five apiece to force a shoot-out.

Murray was quick to build a comfortable lead on his serve at 4-0 before Kyrgios rallied to narrow the lead to 4-3. The pair kept within striking distance of each other until the last minute of the tiebreak.

Murray, in his last singles set of the IPTL, edged Kyrgios 7-5 after the 5-minute shoot-out.

The Manila Mavericks ended their home run in style as they thwarted the Singapore Slammers 4 sets to 1 with 27 points accrued over the Slammers’19. It was the Mavericks’ only team win in the Manila leg of the IPTL.

Team Standings after the 3rd Day of the IPTL 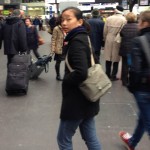