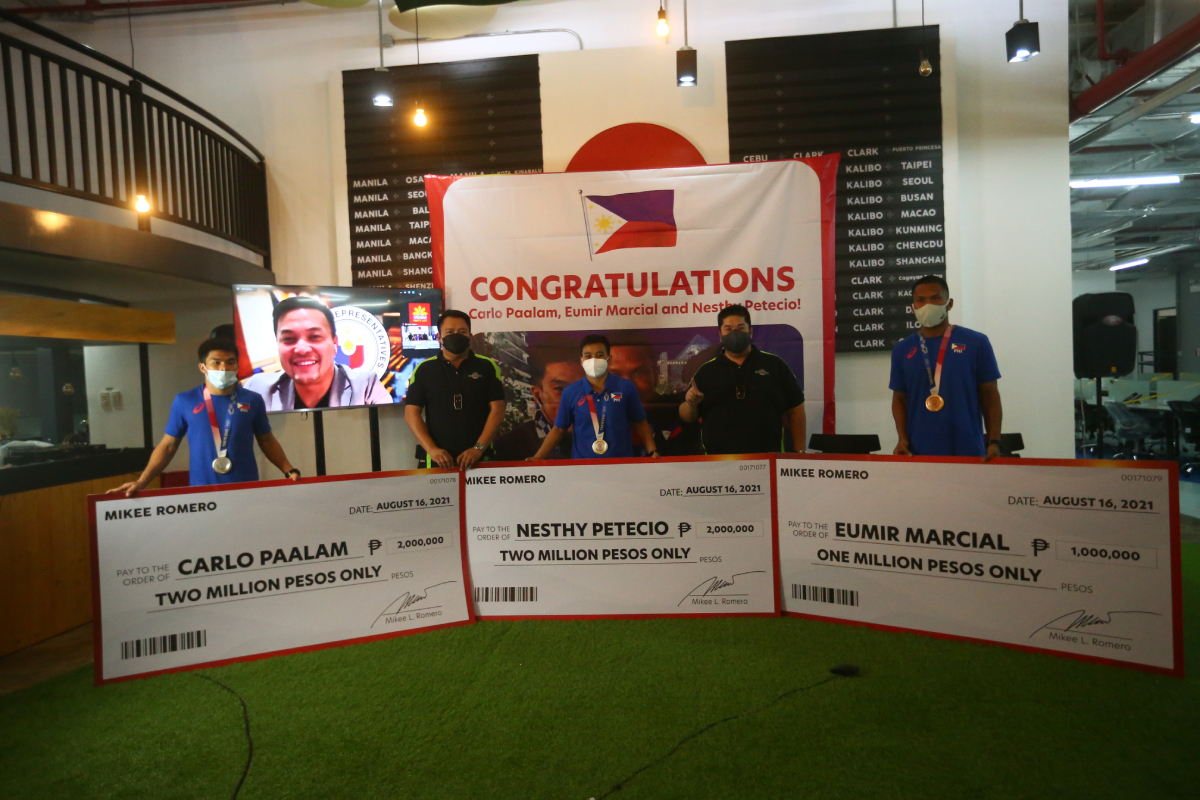 House Deputy Speaker Mikee Romero (1-Pacman Partylist) delivered his promise to the Tokyo Olympics boxing medalists while making an appeal to one of them on Saturday.

Romero virtually led via Zoom the simple handover of checks to Nesthy Petecio, Carlo Paalam, and Eumir Marcial at the AirAsia headquarters inside the Ninoy Aquino International Airport Terminal 3.

In a ceremony aptly dubbed “Bagsik Ng Kamao,” Romero fulfilled his pledge of P2 million each to silver medalists Petecio and Paalam as well as P1 million to bronze winner Marcial.

“Nesthy, Carlo, and Eumir brought immense pride and hope to the Filipino people amid these trying times due to the pandemic. They truly deserve these blessings,” said Romero.

Edwin Galvez, CEO of one of Romero’s companies and AirAsia executive Erick Arejola handed the checks to the Tokyo Games heroes.

Romero also promised that Marcial will have a lifetime of free electricity since he operates the electric cooperative in Zamboanga City.

To his delight, Marcial stood out and unleashed some combinations before thanking the former amateur basketball godfather.

“We are extremely proud of these sports heroes. Their achievements will surely serve as an inspiration to the next generation of Filipino boxers,” said Romero.

The genuine sports patron’s handing of the rewards to the three fighters couldn’t have better timing as they were bound to return to their respective hometowns.

“Saktong-sakto ito for them to celebrate their victories with their families,” said the owner of the NorthPort Batang Pier team in the PBA.

Petecio, Paalam, and Marcial sent their warmest gratitude to Romero and said that his burning passion to help Philippine sports reach greater heights will definitely encourage the athletes to press on despite the many challenges.