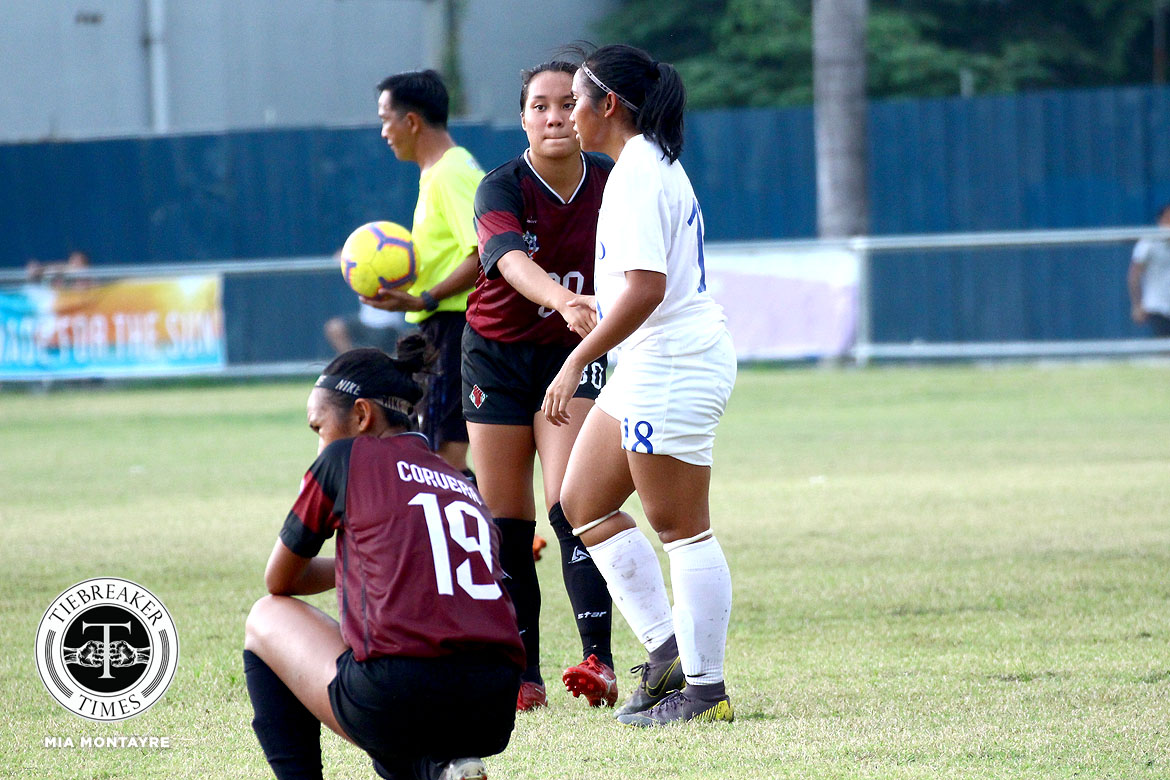 The Ateneo de Manila University Lady Eagles and the University of the Philippines Lady Maroons capped off their UAAP Season 81 Women’s Football Tournament with a 1-1 draw, Wednesday afternoon at the Circulo Verde field in Quezon City.

As the FEU Lady Tamaraws earned a draw against the DLSU Lady Archers earlier today, the Lady Maroons were denied a ticket or at least a play-off for one to this year’s finals.

“I think we improved, that’s the main positive thing from last season,” said UP coach Anto Gonzales. “We didn’t have any single point last season. So this year, we have nine points. But I know the team also feels that we could have done better.”

Ateneo drew first blood when Martina Roxas shot past UP goalie Nicole Adlawan four minutes after the restart. Pam Diaz then had a good sniff at goal afterwards, but she skied her attempt and the chance went begging.

State U then managed to find a leveler in the 71st minute. Sofia Dungca delivered a good pass to Andrea Montilla, who then scored from a tight angle to lift her team back to the game. Mary Rose Obra then had a late opportunity to win the game, but Lady Eagles goalie Marianne Caparros was on hand to deny her.

With the result, State U (9 points) and Ateneo (6 points) finish in 4th and 5th place respectively. The former were denied a podium finish due to an inferior goal difference to UST.