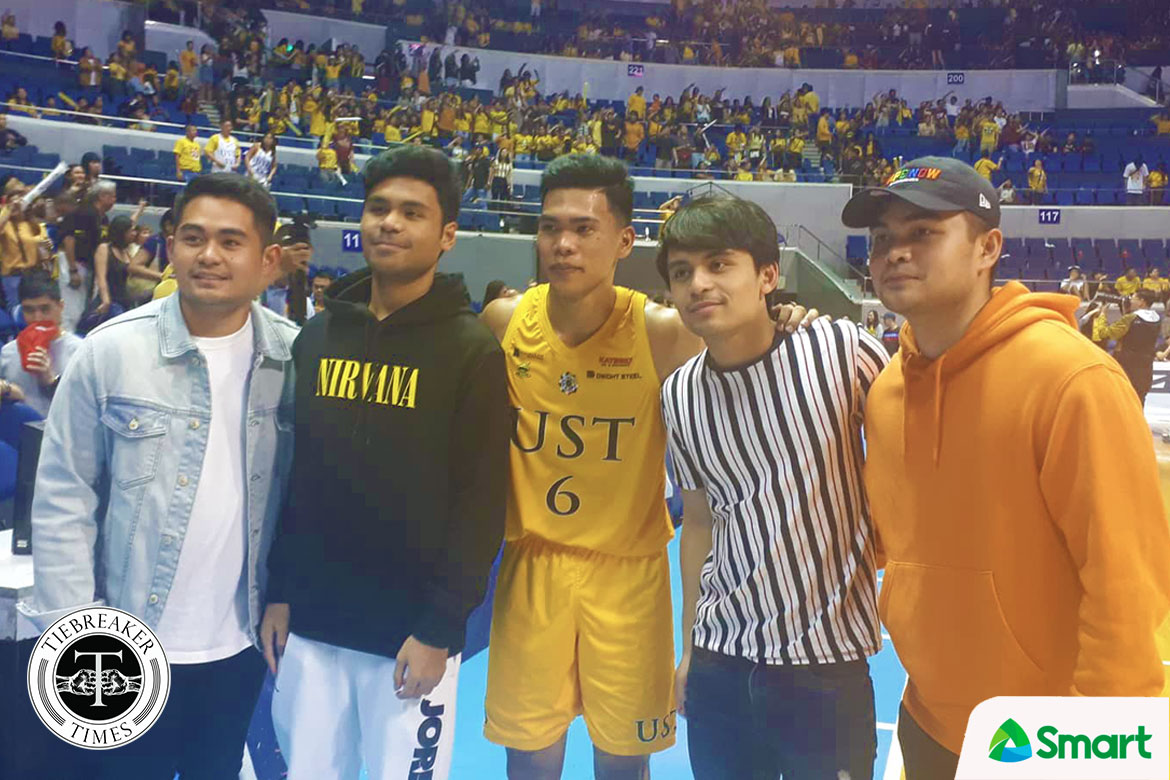 Fans flocked to Mark Nonoy after he steered University of Santo Tomas to an 89-69 win over University of the Philippines in the Stepladder Semis.

And some of the “fans” who asked for a picture with him were Manny Pacquiao’s sons Jimuel and Michael, together with their cousins Seth and Russel Jamora.

This is just the second time Jimuel Pacquiao has watched a UAAP game live, and the first in a UST game. And he could only watch as his cousins spoke with Nonoy.

“Yung mga pinsan ko kilala sila. So we had a picture after,” shared the 18-year-old, who studies in De La Salle University.

“I like how he works hard and hopefully he remains humble palagi.”

The young Pacquiao also admitted that he enjoyed watching the ragtag UST team. For him, the Growling Tigers — though lacking blue-chip recruits — still brought the fight to the celebrated Fighting Maroons. 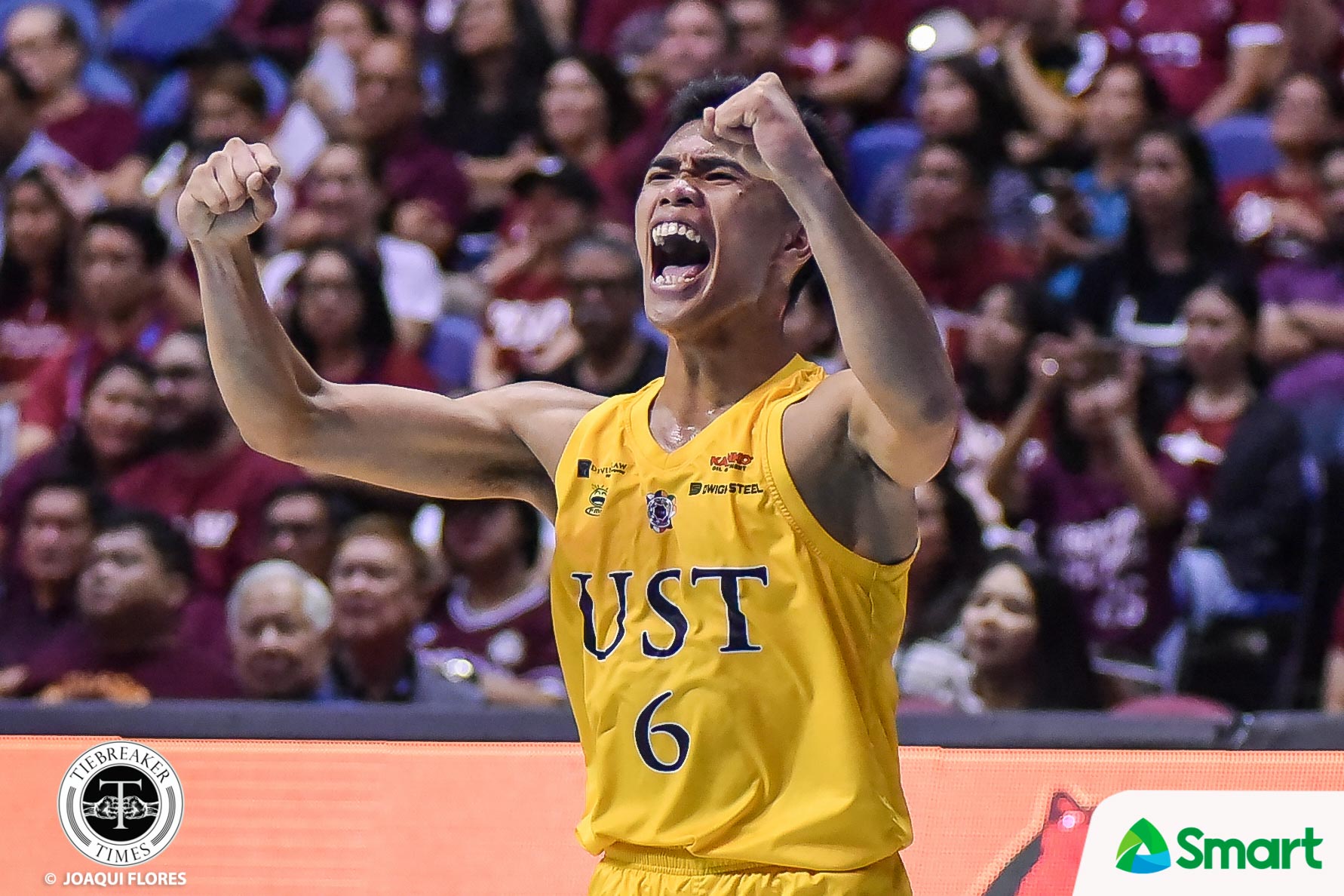 “I also enjoyed kanina since they fought really hard kahit wala silang starpower like UP has.”

Nonoy — who is a huge fan of Manny Pacquiao — felt flattered after hearing that the Pacquiao family enjoyed the game.

And just like Manny, who went from General Santos to Manila to try and make it big, the native of Negros Occidental hopes to find success like his idol one day.