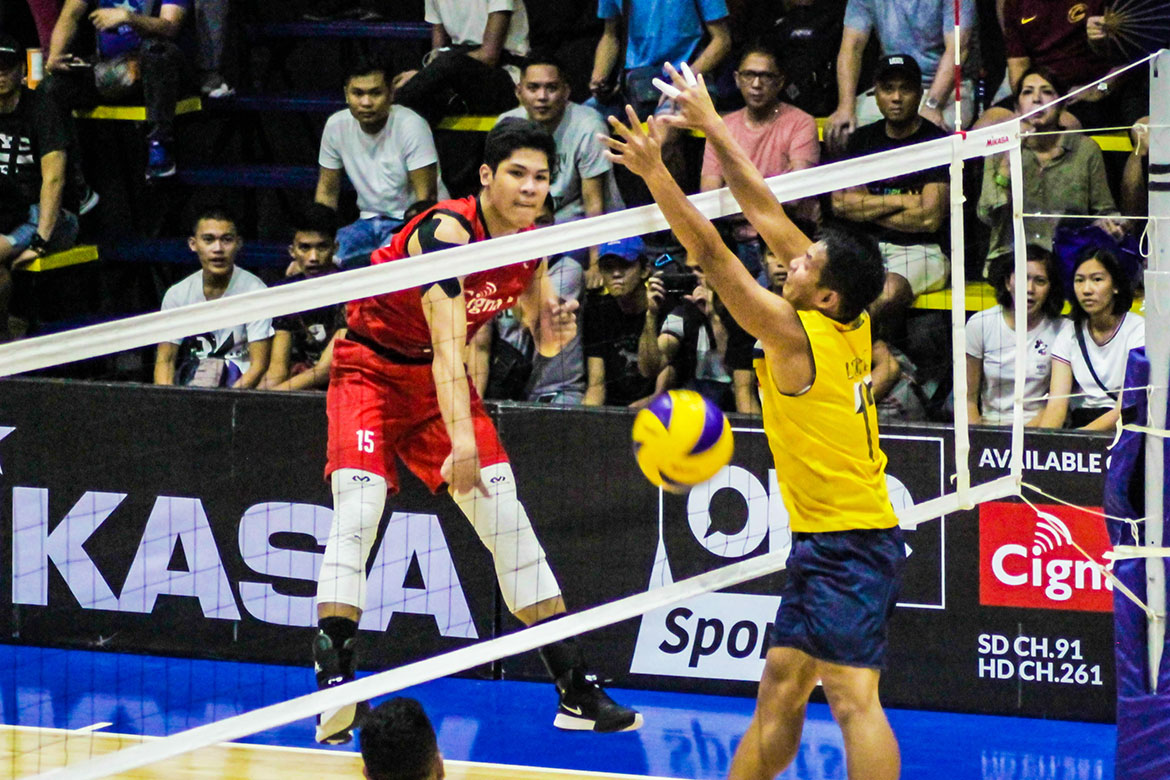 Coming into the game with an ax to grind, the Cignal HD Spikers dumped defending champions and arch-rivals Philippine Air Force-Go for Gold Jet Spikers in three sets, 25-18, 25-20, 25-14, in the 2019 Spikers’ Turf Reinforced Conference at the Paco Arena, Sunday.

The HD Spikers established control of the game early, as Espejo and Marasigan took turns attacking the Jet Spikers’ defense.

Ranran Abdilla scored 12 points for Air Force, who suffered their first loss of the conference in three tries.

PJ Rojas came through again for Army when they needed him the most. He scored 21 huge points built on 18 attacks, two aces, and a block, while Joel Villonson added eight points.

After taking a tight first stanza, Philippine Army succumbed to errors in the second and third sets that put them behind. The Troopers regrouped in the fourth set to send the game to a deciding stanza.

Villonson put the Raimol-backed squad out for good with a clutch block in the fifth set, lifting Army to third place in the standings.

Red Christensen scored 16 points, while Milover Parcon added 13 for Easytrip, who fell to 0-3.

On the other hand, Sta. Elena – who only fielded in nine players – were led by UAAP Rookie of the Year Nico Almendras with 15 points built on 13 attacks and two blocks.

“The boys played a much better game. However, I can’t deny the fact that’s Sta. Elena is not complete. So I think we just took the advantage and luckily, we were able to match our game from the last game,” said Animo head coach Arnold Laniog.