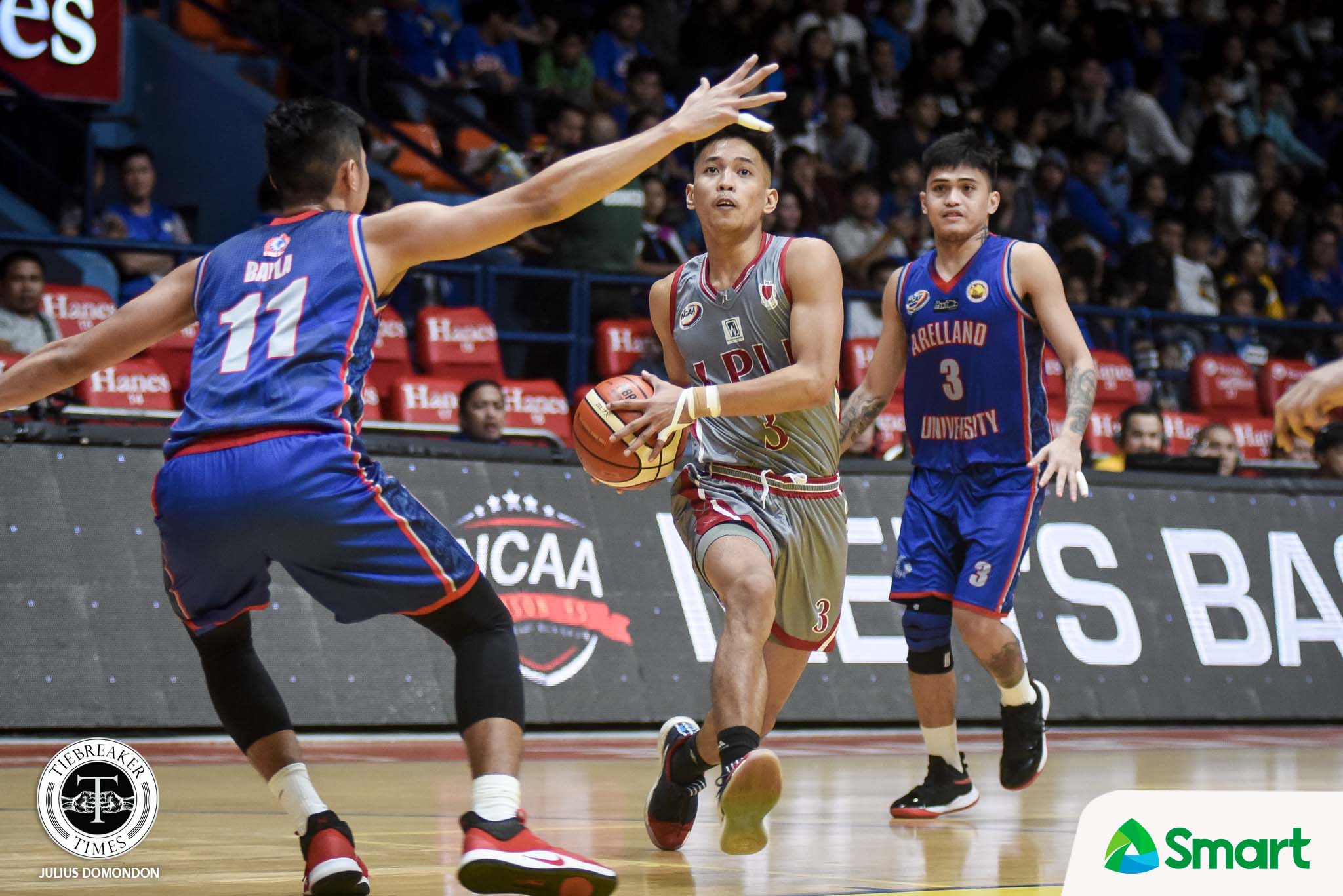 Eighteen days after their shock defeat, the Lyceum of the Philippines University Pirates made sure to not feel the same pain again, escaping the Arellano University Chiefs, 83-90, Tuesday afternoon at the Filoil Flying V Centre.

Though payback was sweet for the Pirates who lost to Arellano last August 23, 81-87, Lyceum head coach Topex Robinson could not help but rue the officiating of the game.

“I rarely talk about officiating and how it been called but they should be… We are practicing and I hope the refs are also appreciating and know the rules they are in calling certain things,” lamented Robinson.

The returning Reymar Caduyac split his charities afterward but Salado badly missed a desperation triple that would have sent the game into extra time.

“We’re gonna take this win no matter how ugly it is,” he continued.

Mike Nzeusseu had 23 points, nine rebounds, two assists, and two blocks for Lyceum, who went up to 7-3.

Salado played his best game of the season, finishing with 21 points, seven assists, three rebounds, and three steals for Arellano, who dropped to 2-8.

Lyceum will next face the Perpetual Altas on Thursday, September 12 at 4:00 pm. Arellano, on the other hand, takes on the San Beda Red Lions on Friday at 4:00 pm.