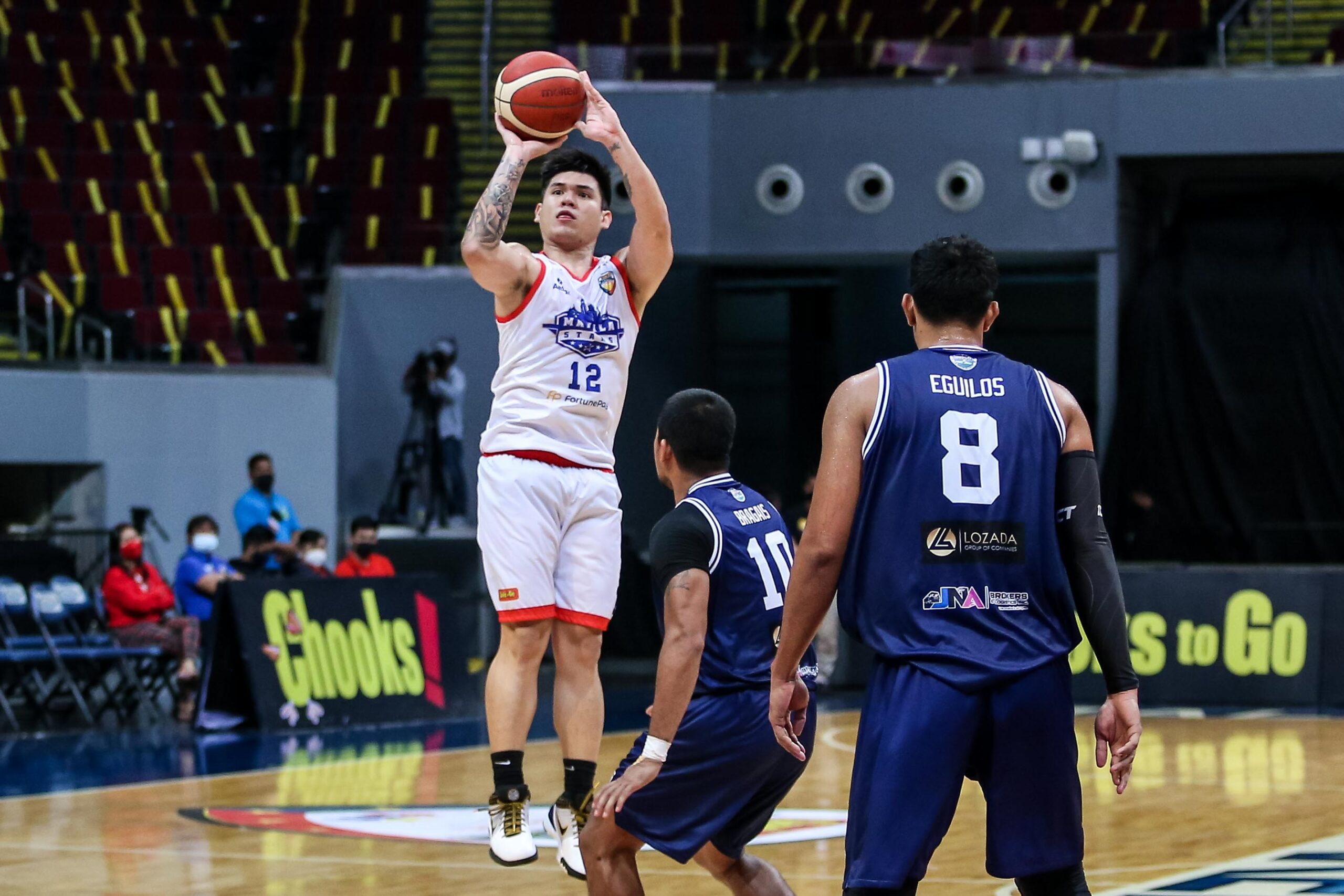 Down by 11 points, Kurt Reyson tried to salvage the game for Imus with three three-pointers in the final 41 seconds, but John Rey Villanueva fended off Reyson’s personal rally to hold off Imus.

“They were putting up hail mary shots, some of them are not shooters pero they started hitting their shots,” said Stars head coach Cholo Villanueva. “For us, we’re just happy getting that win hopefully we play smarter down the stretch, we make stops until the last second of the game but the majority of it I’m happy with how the boys played.”

Carlo Lastimosa led Manila with 14 points on 6-of-16 shooting along with five assists, two rebounds, and a steal.

Villanueva ended up with 12 points while Brent Paraiso and Dan Sara had 11 and 10 markers, respectively.

The win put Manila at 3-1, forcing a tie with Imus at the top spot of Pool D.

In case of a three-way tie between Manila, Imus, and Mindoro, the Stars (+3) will take the top seed while the Buracai de Laiya-backed team (+1) will get the second seed due to their quotient advantage. Mindoro is a minus-4.

Rayson’s three with a second left gave Imus the advantage over Mindoro.

Imus head coach Manny Torralba was on the bench of his team as he was discharged from San Juan de Dios Hospital last night. Still, lead assistant Bang Tumapat called the shots.

Manila will face Bulacan to cap off the elimination round on Monday at 12:00 PM while Imus will take on Rizal-EMKAI Xentro Mall earlier that day at 9:30 AM.

“For us, we’re just taking it one game at a time first. We’re not looking that far yet, we’re going to look at Bulacan next,” added Villanueva.