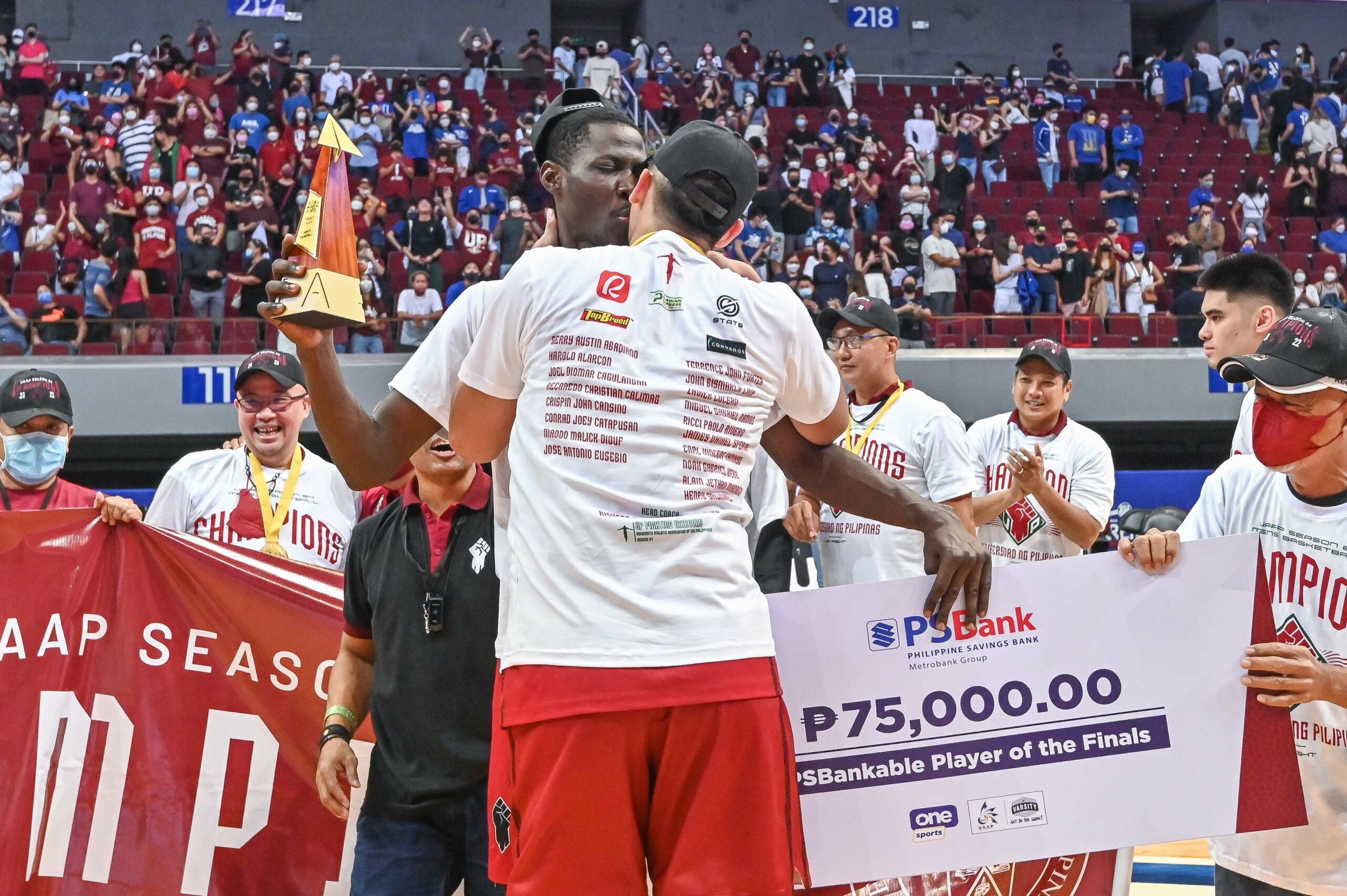 He did not have a chance to make it to the UAAP Season 84 Mythical Team, but he made sure to make his mark in the biggest of stages.

University of the Philippines’ rock all throughout the season, Malick Diouf, was crowned as the UAAP Season 84 Men’s Basketball Finals MVP.

Diouf, a transferee from Centro Escolar University, averaged 12.3 rebounds, 11.7 points, 2.7 steals, 2.0 assists, and 1.0 blocks. And he carried the team through the epic three-game series that saw the Fighting Maroons dethrone the Ateneo Blue Eagles in an overtime epic.

And Diouf, who was serenaded by the crowd with ‘MVP’ chants, was speechless.

“Thank you, thank you. I’m so happy. Thank you for your support,” he expressed. “I don’t have much to say. 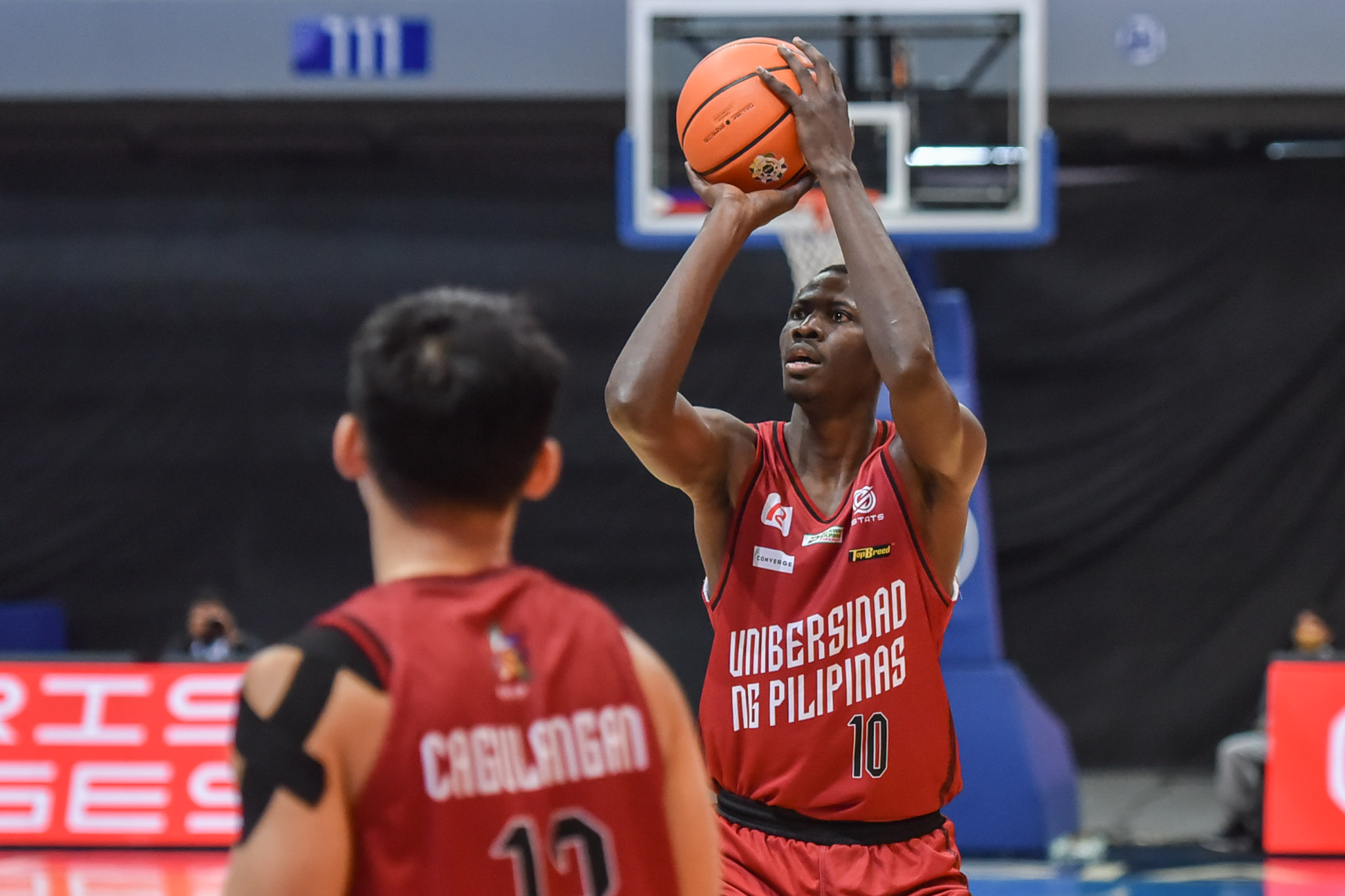 “Thank you UP community! I love you!”