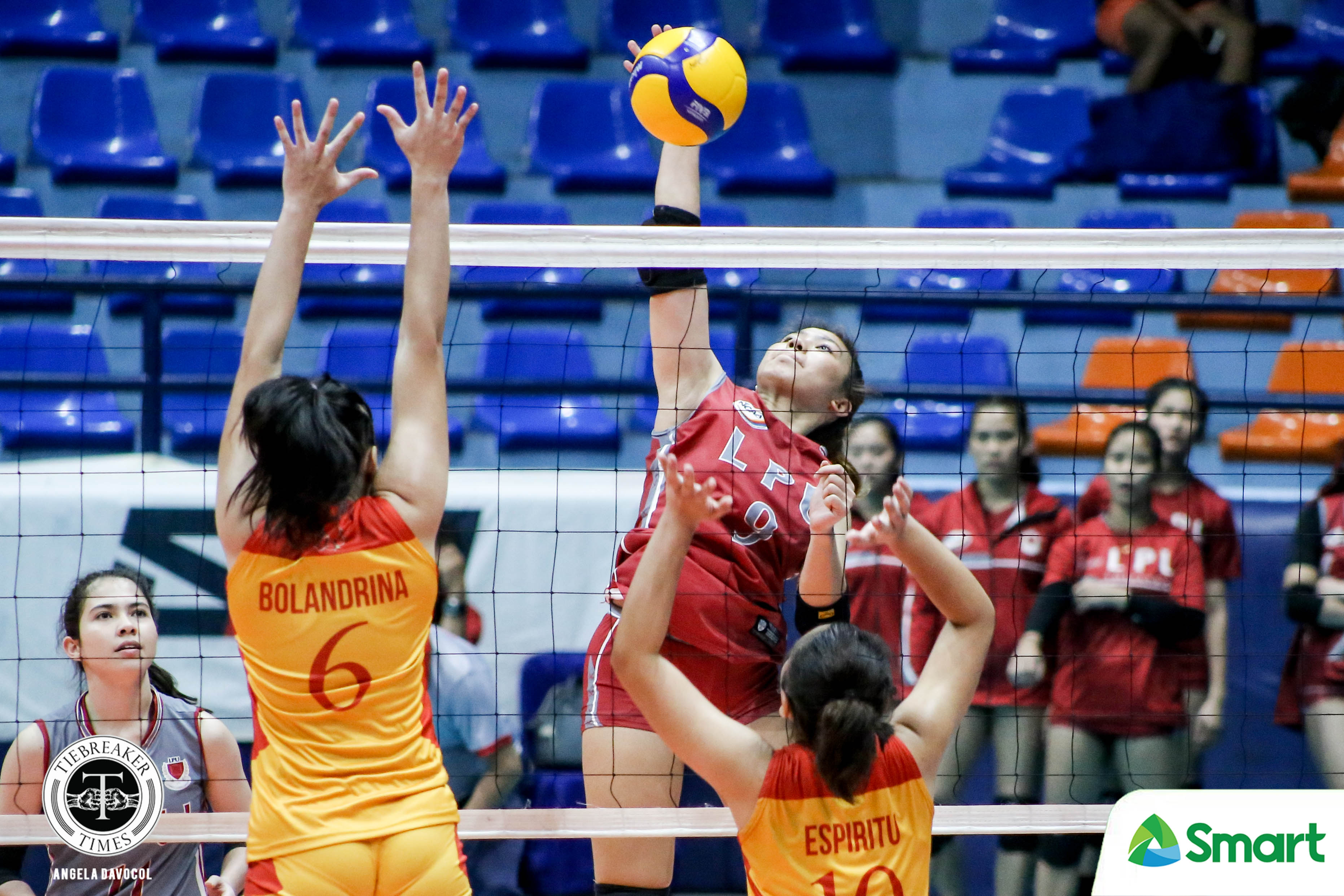 Lyceum of the Philippines University took care of Mapua University in straight sets, 25-21, 25-11, 25-16, to take its third win in the NCAA Season 95 Women’s Volleyball Tournament, Thursday at the FilOil Flying V Centre.

With their newly-minted 3-4 record, the Lady Pirates revived their chances at a playoff for a semifinals berth. On the other hand, Mapua slid further to 1-6.

Ciarnelle Wanta paced Lyceum with her 12 points, all but one coming from attacks. The outside hitter also helped anchor the defense, ending with 10 digs out of her 20 attempts.

Two other Pirates finished with 11 points apiece with Alexandra Rafael and Monica Sevilla. Rafael provided the key hits throughout the match and ended just below Wanta in attacks with 10. Sevilla, on the other hand, made her mark at the net with two blocks and at the service line with two aces.

Mapua had to tinker with their lineup after that devastating loss in the second frame. Nonetheless, Lyceum was on a mission, keeping its execution going to dominate on attacks at 37-21, despite some lapses in their service reception that allowed the Cardinals eight service aces.

Lorraine Barrias accounted for three of those winners, while Alissa Magallanes added two of the same. Magallanes finished with eight points for Mapua, with the rest of her markers coming from attacks.

Lyceum will try to keep themselves alive as they battle San Sebastian College Recolletos (1-5) on Tuesday, February 11. On the other hand, Mapua will attempt to play spoilers against San Beda University (4-2) later in the day.